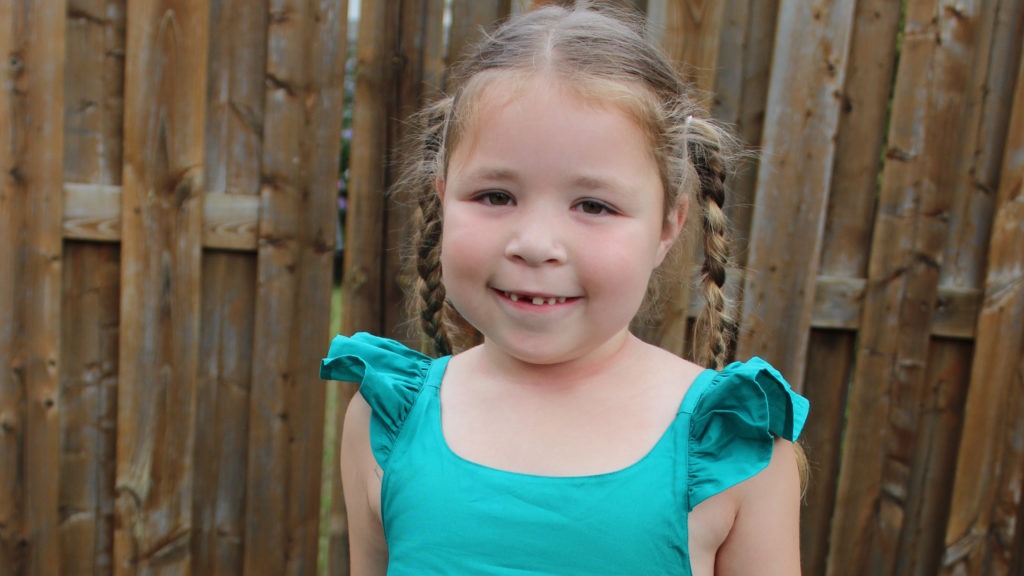 One of the most striking things about Avery is her radiant smile. However, life was not always so sunny for this six-year-old from Georgetown.

At three years old, Avery was rushed by ambulance from daycare to her local hospital after having a seizure. She was diagnosed with Myoclonic-Astatic Epilepsy, also known as Doose syndrome, which is a condition that is difficult to treat with medication. Within a three-and-a-half month period, Avery went from having her first seizure to experiencing more than 1,000 a day.

“From morning to night, we were terrified as we would count seizure after seizure.”

“From morning to night, we were terrified as we would count seizure after seizure,” explains Avery’s mother, Kari. “There were no warning signs and due to the danger, Avery was confined to a bean bag chair on our carpeted living room floor.”

The family visited their local hospital numerous times and Avery was prescribed several medications, but none were effective as she continued to experience hundreds of seizures a day.

Recognizing that Avery’s case was serious, Dr. Ronen and his team, comprised of a registered nurse and a registered dietitian, placed Avery on a medically-supervised, ketogenic diet program. A ketogenic diet is a high-fat, medium-protein, low-carbohydrate diet therapy in which food becomes a form of medicine for some patients with epilepsy. As McMaster Children’s Hospital is home to one of the largest Ketogenic Diet Programs in Canada, Avery’s parents were hopeful that the diet was a solution to her condition.

Shortly after starting the diet program, combined with low-dosage medication, Avery went from having more than 1,000 seizures a day to fewer than 50. A month into the program, Avery had her first seizure-free day. Since she found a lot of the foods in her diet challenging to eat on a daily basis, a gastrostomy tube (G-tube) was inserted into her stomach for more convenient delivery of nutrition.

In June 2016, Avery celebrated one year of being seizure free. Her family is thankful for the specialized care provided at McMaster Children’s Hospital, which enabled Avery to reach this milestone.

“The care and the teams at the Hospital are a blessing,” says Ken, Avery’s father. “I encourage anyone who can to donate to McMaster Children’s Hospital Foundation to help other children with neurological conditions have access to the equipment and tools they need for their care.”