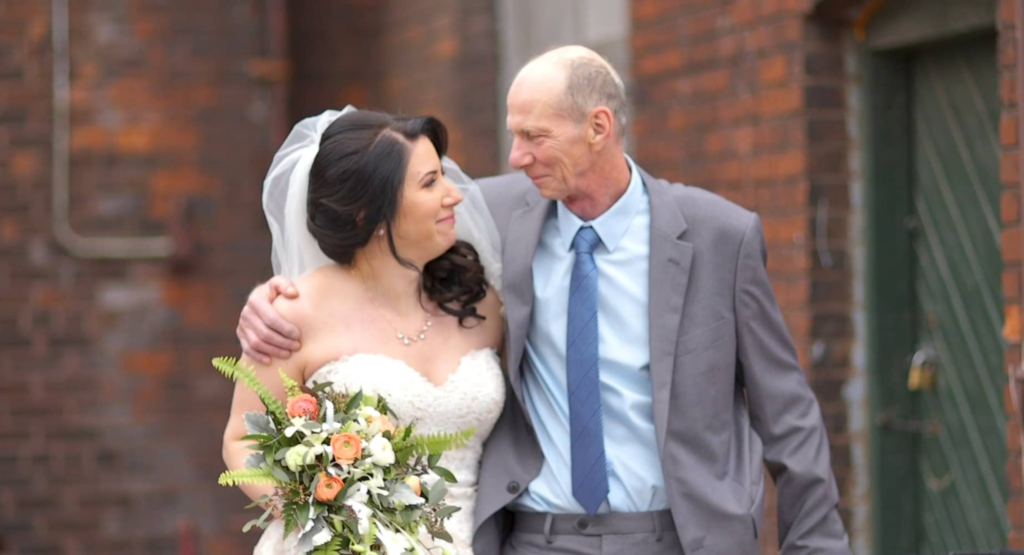 After his leg was amputated, Rainer’s dream of walking his daughter down the aisle on her wedding day seemed almost impossible.

With only a few weeks to transition from his wheelchair to walking, Rainer worked tirelessly with Dr. Sharon Grad and the rehab team to make his dream a reality.

Dr. Grad: There are certain circumstances that predispose people to have limb amputation and the one is Diabetes and Rainer is, indeed, diabetic.

Rainer: It happened real quick, August 28th I was admitted and I was told life or limb.

Dr. Grad: It’s difficult for everybody and it’s different for everybody. His amputation surgery was done in September, beginning of September 2017. I met him beginning of April 2018. He had been sitting in a wheelchair of that period time and he was, when I first met him, his affect flat, his mood low, he was very, very depressed because he was not where he wanted to be at this time.

Rainer: Well, Laura, she’s a great kid, man. I mean, I still call her a kid, I mean, she’s a grown woman, but I love her to death, I tell you. I think it was Dr. Grad asked me, “What are your goals?” And, the first thing that came out of me was, “My goal is to walk my daughter down the aisle.”

Dr. Grad: So, it’s really important to find what their goals are, and to see if those goals are realistic. So, when you can find the motivating factor for that individual that’s gonna help them on that road to healing, that is a gold ticket. You need to really capitalize on that and really try to grant that goal because if you can, that individual’s gonna be motivated. And, a motivated patient does well.

Rainer: Well, up until two weeks ago, I didn’t think it possible because I thought I was doomed to my wheelchair at that point.

Dr. Grad: Because, we wanted to reach this goal and we had literally weeks to do it, we got him casted the day after I met him. We then worked on a prosthesis for him that would fit. Within a week, we had him admitted to the program, so we cast in one working week, the prosthesis is ready and rearing to go, and they’re standing in parallel bars.

Dr. Grad: He’s an inspirational story for all of us. I’ve been doing prosthetics for over 20 years, so stories like Rainer’s aren’t common and you kind of hold onto those things that give hope, right? So, we always try to create hope for our patients and this was his hope. So, he has truly been inspirational and he has really grasped at everything we’ve given him, he’s taken every opportunity, he’s worked to better himself in every way, so it’s really makes the team feel good about themselves and about him. Because, remember, he is a team member and he’s the most important team member we have.

Rainer: They’ll never, ever, ever know how much it means, you know. Because, it means the world to me. To me, and I think my daughter, too.