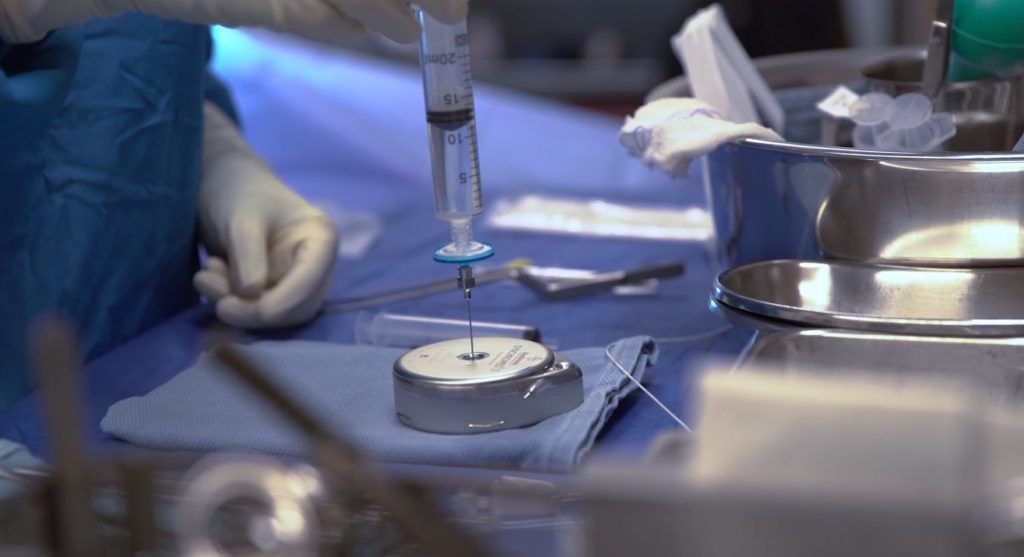 In an instant, Richard Provost’s life changed. A fluke accident in his bathroom left him a quadriplegic. He suddenly needed to modify his life and adjust to a drastically new normal. On top of that, his muscles were rebelling with painful spasms that made it nearly impossible for him to accomplish daily tasks.

“As soon as I would try to do something, a spasm would generate. It takes over your body, meaning you have no control of what you’re doing. It makes you shake and it’s painful,” says Richard.

Instead of accepting the fact that he was no longer able to do the things he enjoyed, he looked for a solution. His care team at Hamilton Health Sciences (HHS) connected him with neurosurgeon, Dr. Ahmed Al Jishi to see if he was a candidate for a special device called a Baclofen pump. He was.

The Baclofen pump releases medication directly into the nervous system to relax the muscles. This allows for a lower dosage of medication to be used while reducing negative side effects.

“It’s a little device but it makes a big difference,” says Richard. “I’m looking forward to physio, increasing my muscle tone, being more independent and being able to move on in life.”

Richard is adjusting to how his muscles respond to the medication and has remastered many functions he lost in his accident.

“As you can see, Richard is doing very well and I’m very proud of his outcome,” says Dr. Al Jishi.

The Neuromodulation Program at HHS is growing. Click here to learn more about how they treat muscles spasms and chronic pain.