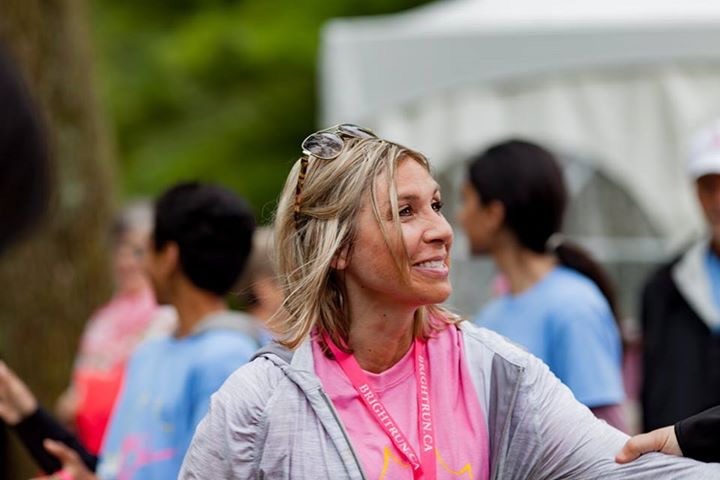 Seven family members have had cancer

Cancer is no stranger to Donna Stampone’s family.

Seven women in her family have battled breast cancer. It took her grandmother 30 years ago. Her mother, Wilma Prosia, died in March. Her aunt, Rita Calcagni, lives with breast cancer.

Her cancer doctor at the time, hematologist Dr. Ralph Meyer, now president of Juravinski Hospital and Cancer Centre, told her studies suggested a higher risk of breast cancer about 22 to 26 years after the treatment she received as a 17-year-old.

“Waiting for confirmation from the surgeon was the longest week of my life.”

Stampone was screened annually for breast cancer from age 30. Despite knowing of the increased risk, the breast cancer diagnosis at age 39 was devastating.

“I had beaten cancer already,” recalls Stampone, a bundle of energy who teaches Grade 7 in the Hamilton-Wentworth Catholic District School Board. “I had two young children. I called my husband, crying uncontrollably. Waiting for confirmation from the surgeon was the longest week of my life.”

Finding a way to give back

During visits to the cancer centre, she saw brochures about the BRIGHT RUN, an annual event that raises money for breast cancer research at Juravinski Cancer Centre.

“I was attracted right away,” she says. “I wanted to give back. I was drawn to the event.”

The weekend before her surgery, Stampone and a team of family and friends participated in their first BRIGHT RUN. In two weeks before the event, her team raised about $5,000.
“The BRIGHT RUN gave me tremendous strength and courage to go into my surgery,” she remembers. “I thought to myself, ‘I can do this. I can beat this and I will beat this.’”

“To be honest, it’s almost easier going through it yourself than watch a loved one go through it.”

Since then, her team, In It Together, has raised between $4,000 and $4,500 each year. Her children Siera, 19, and Jacob, 16, grew up around the BRIGHT RUN. Siera has volunteered and Jacob’s band, The Number Stations, performs at the event. Husband Pete, a staunch supporter, has organized numerous fundraising events.

Stampone watched her mother undergo half a dozen types of chemotherapy, plus 10 treatments of full brain radiation.

“She put up a hell of a fight,” she says. “To be honest, it’s almost easier going through it yourself than watch a loved one go through it.”

Her mother’s death made the BRIGHT RUN even more important to their family.

“The BRIGHT RUN is absolutely my thing,” Stampone says. “There is such a family feeling to it. And such a feeling of hope.”

As this year’s BRIGHT RUN spokesperson, she will share her story with hundreds of people at the Dundas Valley Conservation Area during the event on September 10th. To join her in funding local breast cancer research, visit www.brightrun.ca. The BRIGHT RUN has raised over $2.3 million since 2008. It attracts about 1,000 participants and is made possible by hundreds of day-of volunteers, and volunteer committees that prepare year-round.

Fifteen local breast cancer research grants have been funded through the BRIGHT RUN. Some of these studies have provided the foundation for larger grant applications to other funding bodies.