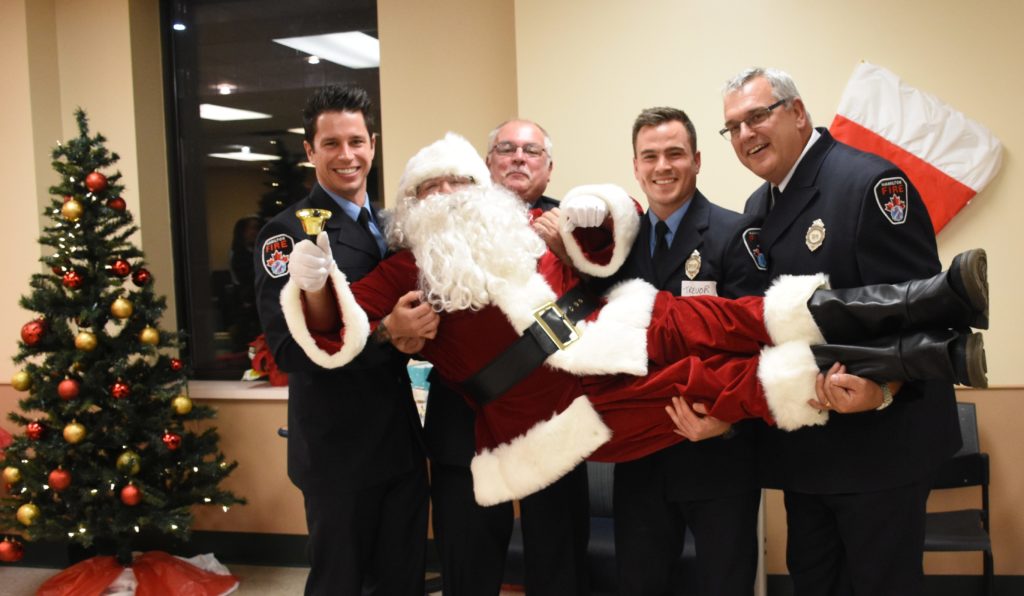 “I always call my physiotherapist Ashley when I get the invitation and let her know I’m coming,” he says. “She was the one who stretched my hands when I was on the burn unit. It’s great coming back to see her and all the other girls.”

The annual gathering has been held at Hamilton Health Sciences (HHS) for the past five years. It’s a chance for burn survivors to connect with each other and reconnect with the staff who cared for them during their stay. Sean spent three months at HGH four years ago. He was in an induced coma for seven weeks, and woke up to learn that 60 per cent of his body had been burned.

“I had been out partying, and I’m told that I fell asleep with a cigarette in my hand,” he says. “I had a bunch of surgeries in the hospital, and I’ve had five more since then.”

“Many of these patients have been through so much with us. During their stay, they work really hard to recover, so it’s great to see how far they’ve come.”

The party is also a chance for patients like Sean to meet the firefighters who rescued them.

“It’s so great to see them doing well,” says Josh Kreidl, a firefighter with Hamilton Fire Service who works in the neighbourhood around the hospital. “When we respond to calls, we rarely get to see how things turn out. It’s really nice to see these success stories.”

“It’s important for us to bring everyone together so we can celebrate their successes,” says Natalie Hanna, burn clinician in the Burn Trauma Unit (BTU). “Many of these patients have been through so much with us. During their stay, they work really hard to recover, so it’s great to see how far they’ve come.”

It was only a few months ago that Christos arrived in the BTU after an accident on his farm. He was disposing of cardboard when methane gas from a manure pile sparked a fire. His hands were badly burned and he spent five weeks at HGH. “I wanted to get better,” he says. “I love working so I needed my hands. The girls were so good to me and helped me get better.”

Christos and his family felt right back at home at the holiday party. “I’m very happy to see my people. Very happy.”

“It may seem like a small gesture,” says Hanna, “but the chance to gather once a year is really important to us and our patients. When they arrive at the hospital, it’s usually with a difficult road ahead. and we need to celebrate these achievements together.”

For Sean, that success is continuing to hone his exceptional cooking skills. For Christos, it’s getting to a point where he can ride his tractor again. For both of them, these successes are best celebrated with the people who helped them get their—friends, family, and their team on the BTU.