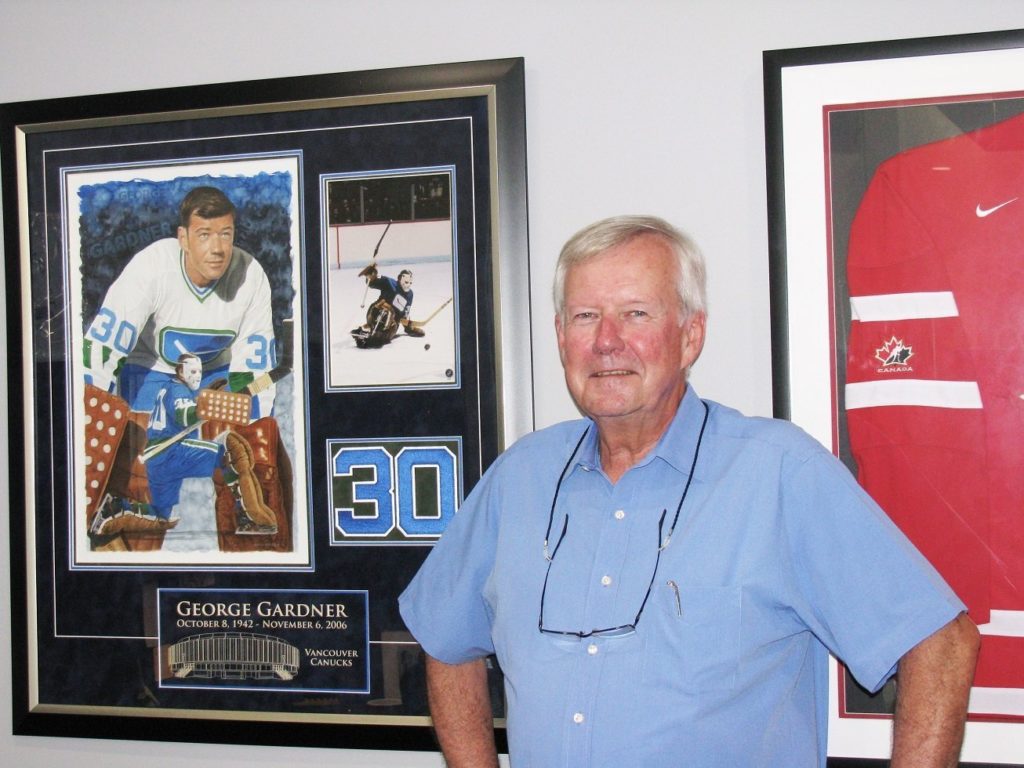 Ron Gardner from Burlington was planning a trip to Florida to visit his brother George, who played for the Vancouver Canucks as the team’s first goaltender. Before making the trip, Ron got a phone call informing him that George had died after suffering a massive heart attack.

After the results of George’s autopsy were released, Ron learned that they both suffered from a hereditary and life-threatening heart condition – a bicuspid aortic valve. The risk of the condition being inherited by a family member is as high as 89 per cent, making screening of family members important.

After a referral from his family doctor, Ron began his journey with the cardiac team at Hamilton General Hospital (HGH). Test results indicated Ron would need open-heart surgery, but he was healthy enough to delay surgery at the time.

“I probably would have died if I’d walked another 100 steps.”

Several months later, Ron was golfing in Vancouver when he dropped to his knees in pain.

“The sensation was like ‘pushing back the darkness’ as I tried desperately to catch my breath,” says Ron. “Upon returning to Hamilton, the cardiac team at HGH told me I probably would have died if I’d walked another 100 steps.”

The rapid progression of Ron’s symptoms meant the time for open-heart surgery had come.

One of Ron’s close friends with connections to healthcare systems in Toronto offered to facilitate a transfer to a Toronto hospital. To Ron’s surprise, the friend called back a few hours later with a glowing endorsement of HGH.

“Physicians he contacted in Toronto told him that HGH was one of the best cardiac facilities in Canada. Given a choice, they would want to have open-heart surgery at HGH.”

Within four weeks of his surgery at HGH, Ron was back to work.

A decade after his surgery, Ron continues to praise Dr. Victor Chu, as well as the cardiac and ICU teams at HGH for saving his life.

“I proudly tell people that we have a world-class cardiac program so close to home.”