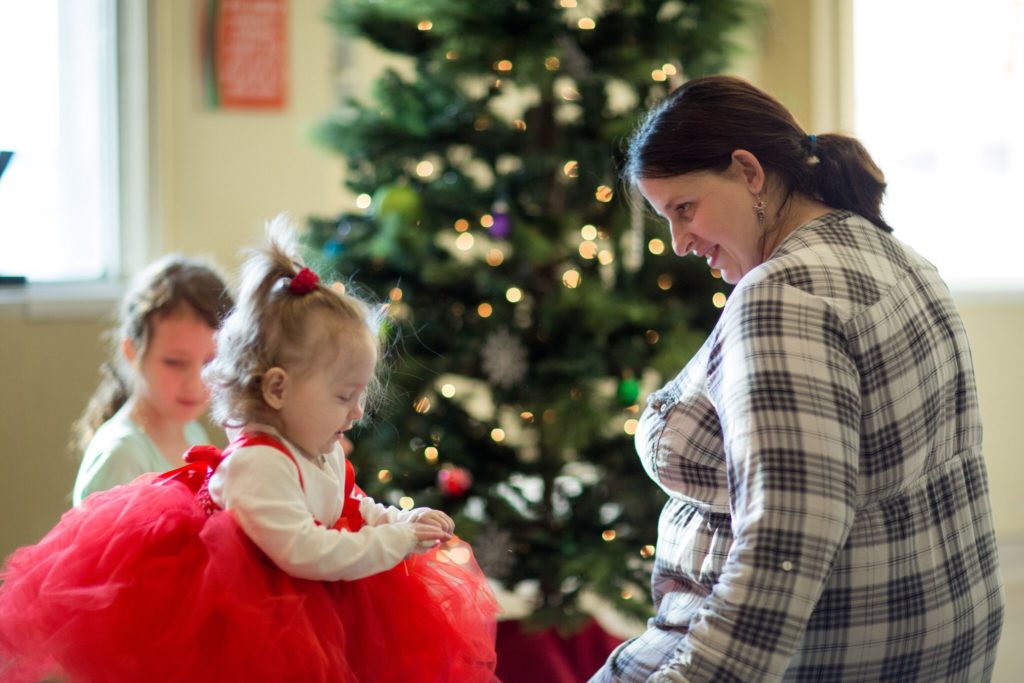 Bringing Christmas tradition to the hospital

She was born with a condition called congenital sodium diarrhea which means her body loses nutrients and fluids much more rapidly than normal. For the first 344 days of her life, she was at McMaster Children’s Hospital (MCH) while her care team tried to stabilize her. The family celebrated Charley’s first Christmas in the hospital.

She is now 18 months old, and is growing and developing well. But because of her complex medical needs, Charley has had to return to MCH for care and emergency surgery many times.

“Since she was born, we’ve probably spent less than six months at home in total,” says her mom, Cathy.

Charley was recently readmitted to the hospital because of a serious infection. She has been at MCH for three weeks this time. Last week, she, her mom, and her older sister, Maddy got to create some special Christmas memories, even though they’re in the hospital.

“We have a tree in our Teen Lounge, and every year, we invite one family to decorate it,” says Tija Praulins, a child life specialist at MCH. “It’s about helping to create memories for that family, and giving them an opportunity to celebrate occasions they might miss out on while they’re in the hospital.”

Charley and her family spent a cheery morning trimming the tree together. It was a chance for the sisters to laugh and play and for the family to start their Christmas season on a positive note.

“It’s nice to take our minds off Charley’s medical care for a while, and just have fun as a family,” Cathy says.

Charley was discharged from the hospital a few days after their tree trimming celebration. The family is hoping she stays well enough to be home for the holidays.