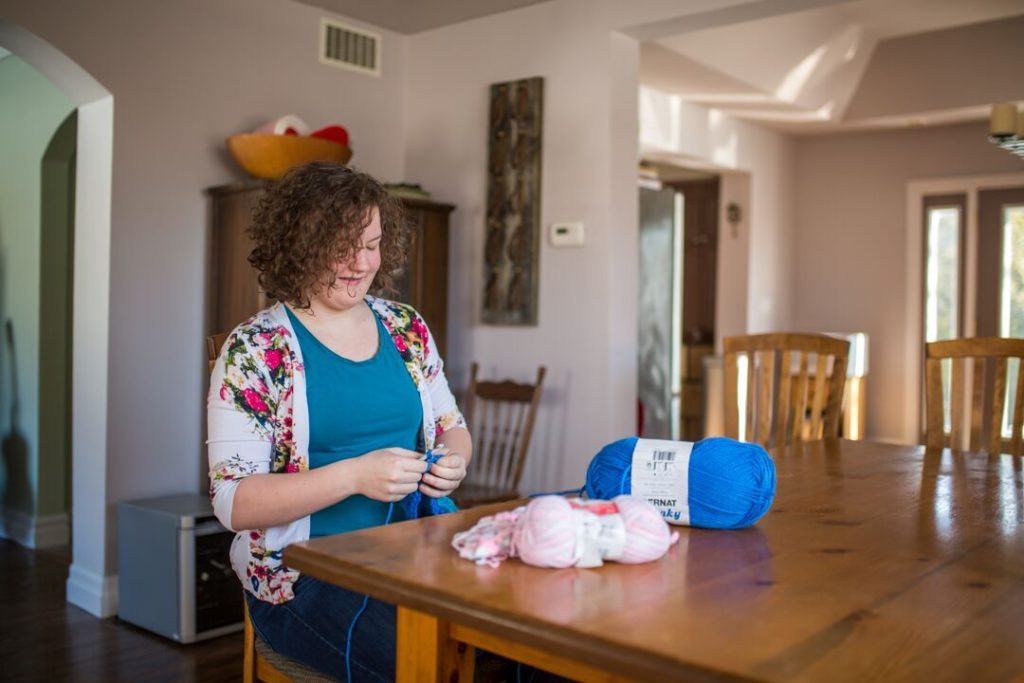 In this climate of sometimes rapid change and uncertainty, Daisy Martindale is a breath of fresh air.

The 13-year-old Dundas resident wanted to learn how to crochet and asked her older neighbour to teach her. Daisy diligently practised her budding skills, eventually deciding to expand her abilities to hat-making. With a desire to put her new-found talent to good use, Daisy used her Christmas money to purchase wool to make hats for the babies in the Neonatal Intensive Care Unit (NICU) at McMaster Children’s Hospital (MCH).

“I asked my mom if she knew of any babies or small children that could use a hat. She told me that I could donate them to McMaster, and I liked the idea of helping in some way,” said Daisy.

Over the Christmas holidays, Daisy crocheted 12 hats in four days and continued to crochet even more, resulting in a grand total of 33 hats for the NICU.

I liked the idea of helping in some way

Daisy’s gifts, along with other crafted gifts by volunteers, are deeply appreciated.

“The NICU is blessed to have so many amazing volunteers who craft for the babies,” says Karla Schwarzer, social worker in the NICU at MCH. “These gifts can include hats, gowns, blankets, booties, etc. We realize that the NICU can be an overwhelming, frightening place for families. Parents greatly appreciate the ability to have their baby in a cute hat, which helps to normalize their NICU experience, and showcase their baby’s beauty.”

Daisy’s compassion and desire to do good at such a young age have been an inspiration to staff in the NICU, and a reminder that the babies warmed by her tiny crocheted hats have the potential to become the next generation of young philanthropists.