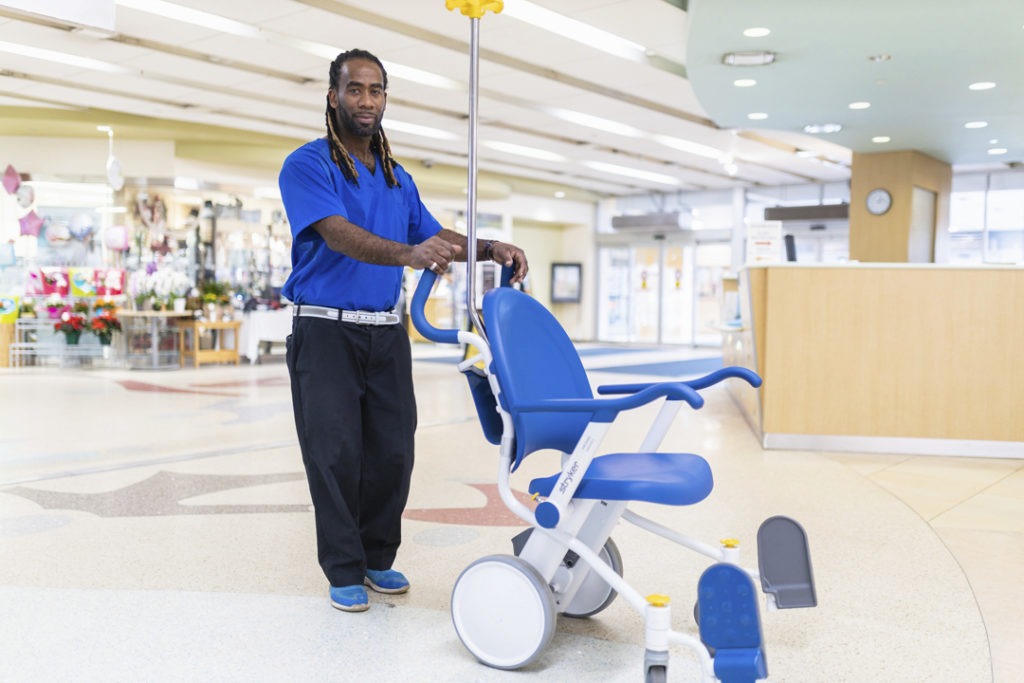 If you spend a lot of time at McMaster Children’s Hospital, chances are you’ve spotted Alleyne Francis. He’s hard to miss. While most people walk or wheel down the halls, Alleyne dances. With a big grin on his face, he parades, shimmies, and glides to his destination. It’s hard not to smile when you see him.

“If I’m not dancing, people talk” he says. “People ask me what’s wrong.”

Alleyne has been working at MCH as a porter for 22 years. His job involves transporting patients to and from tests and surgeries, and picking up and dropping off urgent specimens for the lab. He transports up to 25 people each day. He knows the hospital can be a stressful place, so he tries to lighten the mood with his dancing. He’s been doing it for as long as he can remember. If someone is looking down or scared, he takes a gentler approach to cheering them up.

“Alleyne is always upbeat and full of positive vibes”

“When people are very down, I try to brighten their spirits in a more low-key way,” he says. “I can almost always make them smile.” 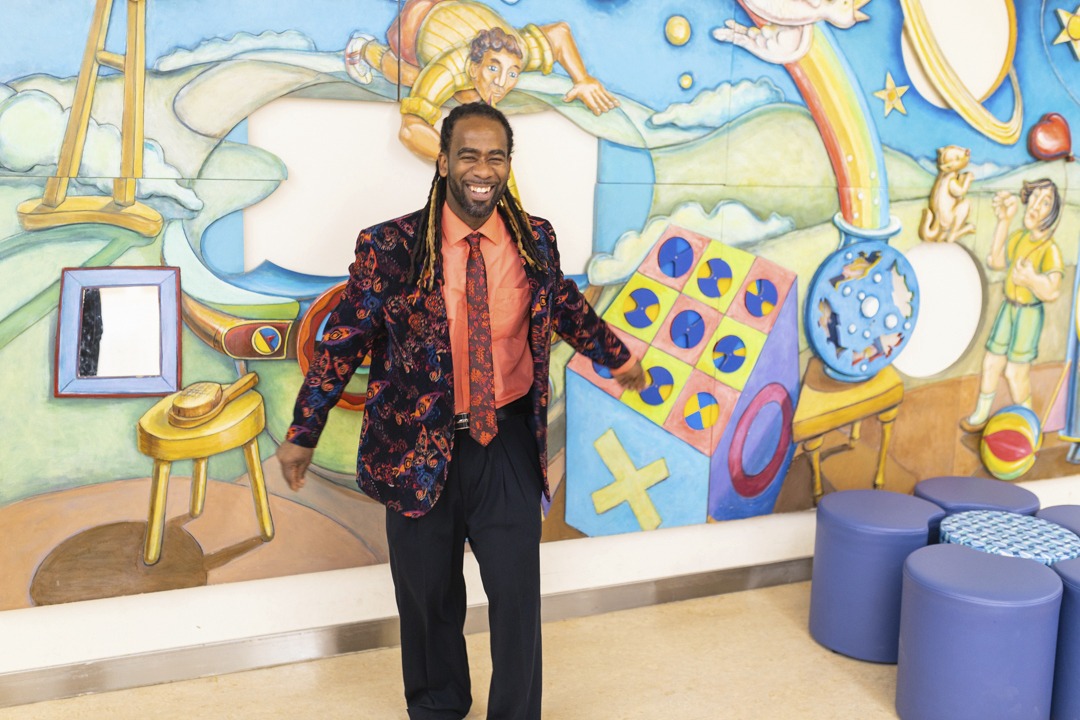 Alleyne grew up in Dominica and moved to Canada with his dad when he was 10. After high school, he started working in construction, but wanted something more stable. He started as a porter at MCH and has been working at the site ever since.

Over the years, he has formed relationships with many staff members and patients at MCH. When patients have longer stays, they get to know Alleyne and look forward to seeing him.

“Some of the kids are here for a long time, and we get to know each other,” he says. “When they see me in the halls, they call out to me. The young patients always ask me to dance with them. They always want high fives.”

Carlo Palazzo, who oversees porters as site manager for Customer Support Services at MCH, sees the impact of Alleyne’s positive attitude every day. “Alleyne is always upbeat and full of positive vibes when he is connecting with children and their parents throughout his day,” he says. “He understands the influential power of positivity and laughter and how it can impact the patients and families we serve.”

In many cases, that impact is lasting. Alleyne has even had kids run up to him in the streets to give him a hug after recognizing him from the hospital. He’s proof that small gestures of kindness can make a big difference. So next time you see him in the halls, return the favour. He’ll have a high five waiting for you.