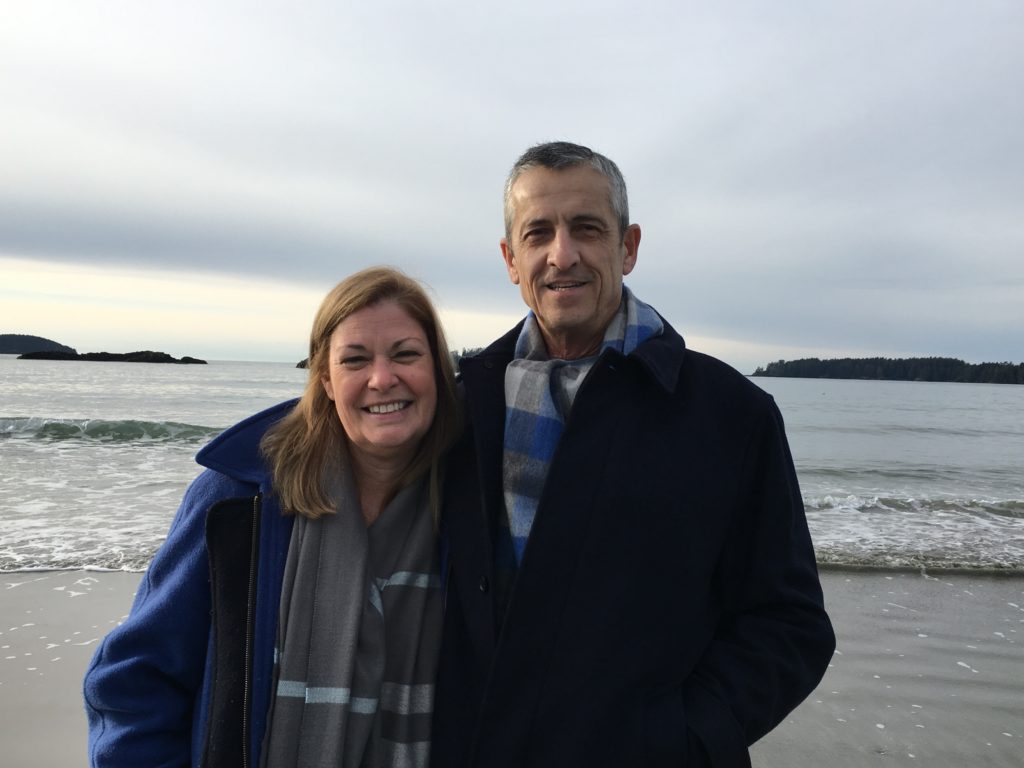 To look at Chris Beaver you’d see a healthy, active middle aged man. But, just two years ago he had a life-threatening heart attack that resulted in a two and a half week hospital stay he doesn’t remember. To this day, Chris is still known by doctors and staff at Hamilton General Hospital (HGH) as “the guy that beat the odds”.

In spring of 2017, Chris had a heart attack in the middle of a tennis match. He was taken to his local hospital but due to the severity of his condition, he needed to be transferred to our regional cardiac centre at HGH. Chris had many heart blockages as well as a ruptured valve, and his medical team was shocked to hear he had been playing tennis. He was rushed to the top of the surgery list for a quintuple bypass.

Alive, but in serious condition

Chris came out of a five-hour surgery in delicate condition. He was heavily sedated, had a breathing tube and was on a ventilator. He soon began to show signs of delirium, a state of serious confusion and reduced awareness that can be brought on by illness. It’s common among older adults in the hospital environment.

Although Chris was sedated, he began trying to climb out of bed, and kicking when hospital staff held him back. He began having terrifying hallucinations, and even tried to pull his breathing tube out. He had to be restrained for his own safety.

“It was scary to see Chris thrashing about,” says his partner Shelley. “But he wasn’t conscious so we couldn’t explain to him that he had a very serious surgery and needed to stay calm to allow his body to heal.”

This continued throughout the next week. Staff covered his bed needed to be covered in foam padding to stop him from bruising himself. He needed full time supervision even while restrained. Since he was clearly distressed about the breathing tube, Chris’ medical team tried removing it, but he was unable to breath without the ventilator and they had to put it back in.

“It was scary to see Chris thrashing about.”

A few days later, Chris regained consciousness but he continued to try to pull out the tube. He eventually succeeded, yanking it from his throat. Though his delirium seemed to improve when it was out, he had fluid in his lungs and couldn’t continue breathing on his own. The tube had to be replaced, and the delirium continued.

Too long with delirium

“Managing delirium is difficult since the cause is usually unclear and different for each person,” says Dr. Emilie Belley-Cote, one of the HHS cardiologist’s working with Chris. “In Chris’ case we knew what the trigger was, but it was keeping him alive.”

Chris’ care team did everything they could to help the delirium, including changing his medications, but they were also trying to manage his breathing which proved a challenge. After Chris had been on a ventilator and in a state of delirium for almost two weeks, a full recovery was looking less likely. Since a breathing tube shouldn’t be used long-term and he still needed breathing support, it was time to consider a tracheostomy, a tube inserted through a surgical incision in his windpipe at the front of his neck.

As she was coming to terms with Chris’ scheduled tracheostomy, Shelley received a call from his doctor. Chris had again, pulled out his breathing tube. This time, he was awake, stable and seemed lucid.

“I was in complete shock and I went to the hospital right away,” says Shelley. “When he saw me the first thing he said was ‘we’re getting married’.” Chris was extremely lucky he didn’t cause damage from removing his breathing tube and thrashing around after open-heart surgery. Still to this day, Chris has no memory of his two and a half weeks at Hamilton General Hospital.

“I personally apologized to all staff, nurses and doctors who dealt with me through my state of delirium,” says Chris. “I wouldn’t be here if it wasn’t for each and every person that helped me, from the moment I entered my local hospital, to the moment I walked out of Hamilton General Hospital.”

A few months later, Chris made a full recovery and was back on the tennis court.

Chris wishes no one has to go through what he did, but, unfortunately, we don’t always know what causes delirium. Chris wants to help change that. He’s now acting as a patient advisor for a clinical trial exploring whether benzodiazepine, a type of anesthetic used during cardiac surgery, can cause delirium.

The study, led by Hamilton Health Sciences anesthesiologist, Dr. Jessica Spence will launch this fall and will take place at 16 sites across Canada, the United States and Europe, including HHS’ HGH.

“We’re hoping to determine whether or not there’s also a link with short-term use during surgery.”

“Typically benziodiazepine isn’t used in intensive care units as long-term use has been linked to delirium.” Says Dr. Spence. “We’re hoping to determine whether or not there’s also a link with short-term use during surgery.”

“Since benziodiazepine was the type of anesthetic used during my open-heart surgery, I thought it was a fitting study to be involved in,” says Chris. “Learning whether or not it can cause delirium in heart surgery patients will help give me a bit more closure.”