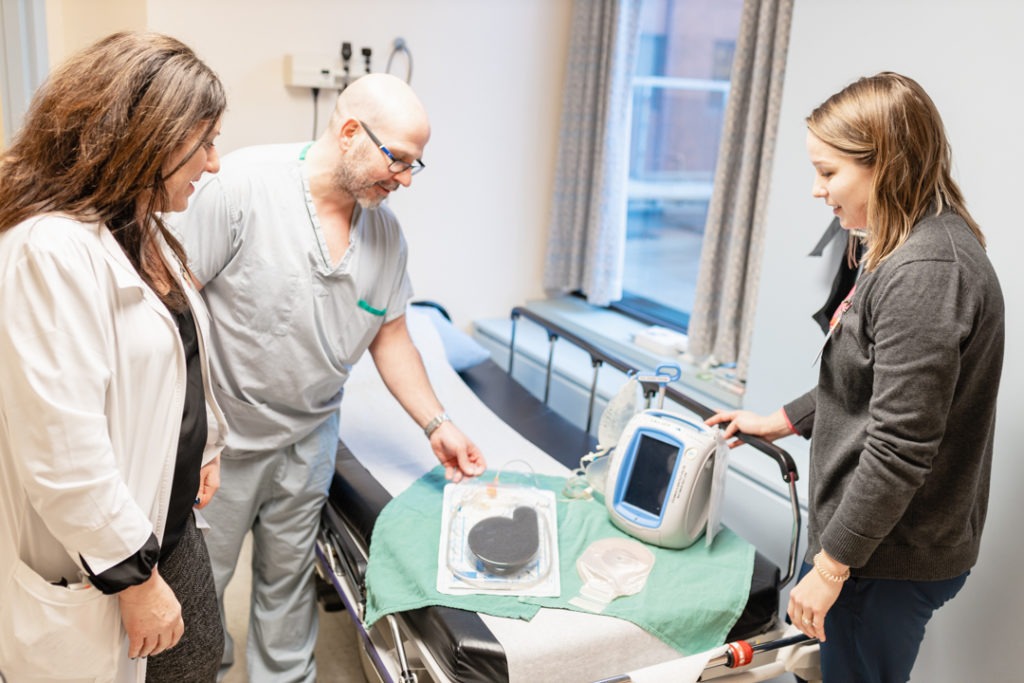 Nobody likes to talk about poop. We leave that business in the bathroom. In the world of wound management, however, this taboo topic can’t be ignored. Wounds frequently exposed to fecal matter can be incredibly hard to manage. That’s why the Skin, Wound, and Ostomy team at Hamilton Health Sciences’ Hamilton General Hospital has taken a different approach to treating wounds in high risk areas.

“Large wounds in the rectal area can require frequent dressing changes,” says Enza Browne, a nurse specialized in wound, ostomy and continence (NSWOC). “This limits the type of dressings we can use. Because of their location, it is also very difficult to completely prevent feces from getting in the wound area.”

Enza and her colleagues noted that patients arriving at the hospital with necrotizing fasciitis or large pressure sores around their buttocks were treated for several months or years before the wound came under control. Some never healed. Many of these patients had limited or no lower body movement, and developed significant wounds at home from sitting or lying for extended periods. The team researched options for improving their wound management, and proposed an alternative treatment to their surgical colleagues—a diverting ostomy.

In a diverting ostomy, a small opening, called a stoma, is created in the abdomen, and the bowel is diverted to that opening from the anus. Waste moves through the stoma and collects in a discreet pouch that is emptied several times a day. Initially, this seemed like a radical way to address wounds, but the value of this option soon became clear.

“These wounds are at serious risk of infection”

“We worked with colleagues in general surgery and plastic surgery to make recommendations for the benefits of diverting ostomy,” says Kelsey McIntyre, who works alongside Enza as an NSWOC. “These wounds are at serious risk of infection, and this is a proven way to help them heal effectively.”

The wound team works collaboratively with both general and plastic surgery to debride the wound area and prepare the patient for the ostomy procedure. With an ostomy, the wound can be dressed with more effective products. The team often uses instillation negative pressure wound therapy for these cases, which applies both negative pressure and a topical wound treatment solution to speed healing. 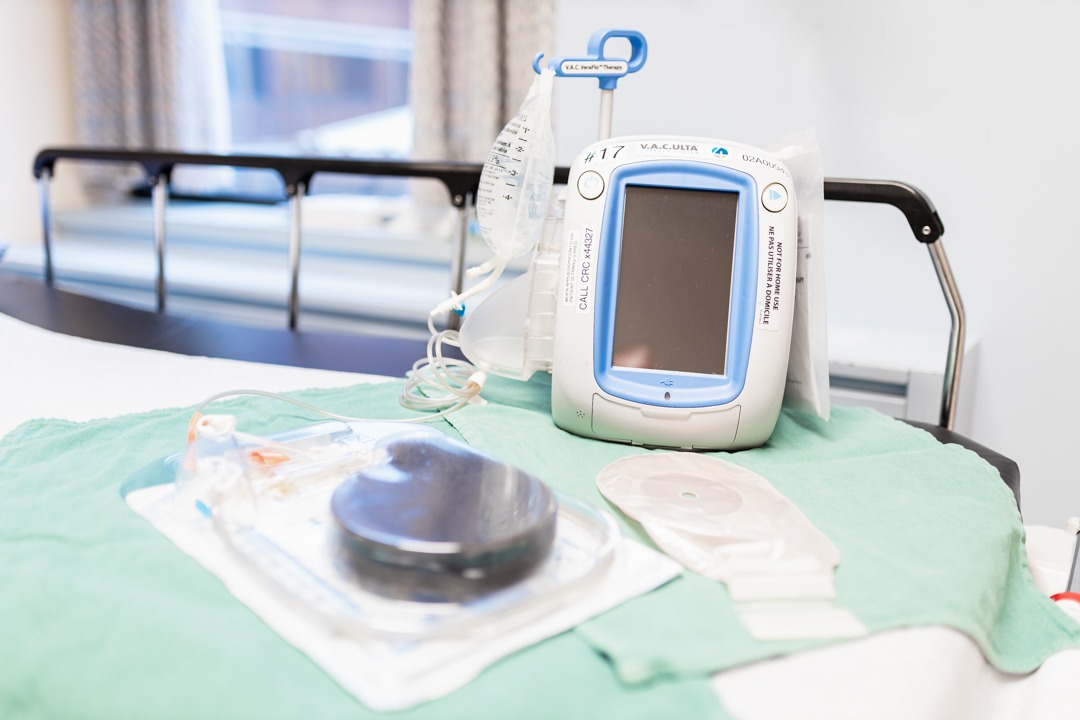 Healing time for these wounds has been significantly reduced in many cases. When the option is proposed to patients, some are hesitant at first, but once the benefits are explained they come around to the idea. Many patients opt to keep their ostomies, even though the procedure can be reversed. People who have had one major wound are at greater risk for another, which contributes to that decision.

“I think they adapt to the ostomy. It can improve their quality of life” says Kelsey. “Especially for people with paraplegia who are prone to pressure injuries. This makes sense as a long term solution.”

The practice is also favoured by NSWOCs at other Hamilton Health Sciences sites for patients with similar issues. Patients who are discharged from the hospital with a new ostomy are referred to a community NSWOC who provides continued education and support so they can resume daily activities.