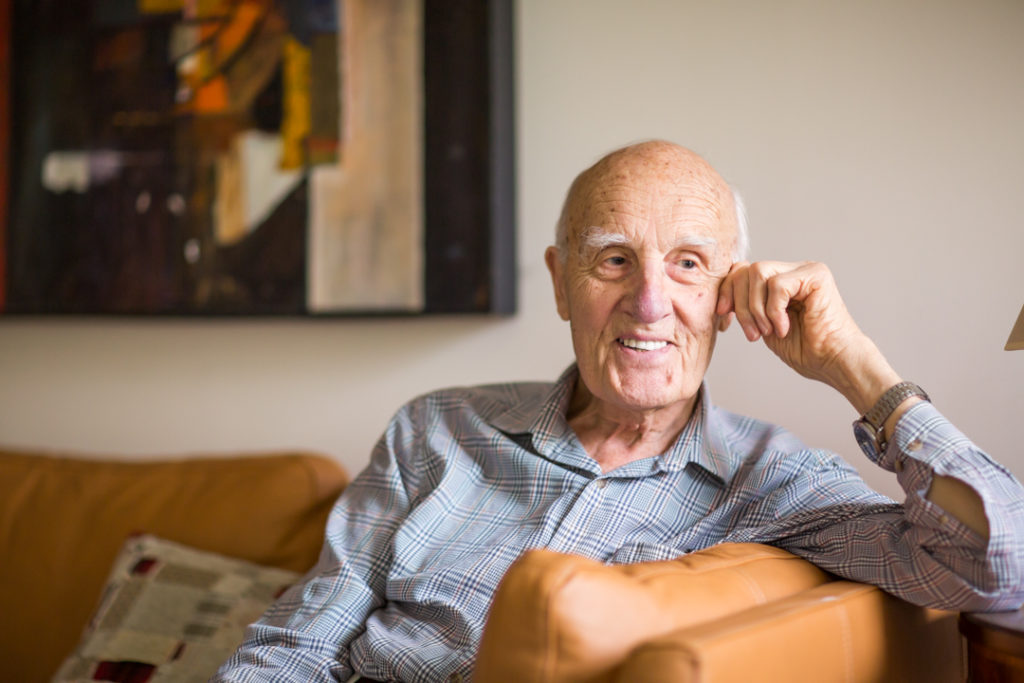 When a surgeon needs saving

It’s not every day that you get to operate on one of your own. Dr. Adel Dyub, a cardiac surgeon at Hamilton General Hospital (HGH), recently had that honour when he operated on 91-year-old Dr. Oliver Wesley-James who worked at HGH for 30 years.

Dr. Wesley-James worked as a cardiac surgeon at HGH until he retired at the age of 70. He was a pioneer in the Division of Cardiac Surgery in Hamilton, which started with only 3 surgeons in 1964. It has since grown to perform the highest number of cardiac surgeries in Ontario each year.

He was also one of the first surgeons to operate using the beating heart (off-pump) method in the 1970s. In this method, the patient’s heart continues beating independently during surgery, rather than relying on a heart-lung machine.

For over 20 years, Dr. Wesley-James experienced no symptoms of heart disease, due to being treated with medications. The onset of new symptoms took him to HGH, where an angiogram showed that he clearly needed urgent bypass surgery.

He was able to have his surgery off-pump, a method that he popularized, to reduce his risk of brain damage and stroke, a more likely side-effect at his age.

On the day of the surgery, he was much calmer than most patients.

“He was physically and mentally prepared,” explains Dr. Dyub. “He even wanted us to wait for him to finish reading his newspaper before surgery.”

“As stressful as it was to operate on him, I am very pleased with the results…”

The operation itself was a success. “As stressful as it was to operate on him, I am very pleased with the results,” says Dr. Dyub.

From his experience as a cardiac surgeon himself, Dr. Wesley-James knew it was important to do exercises in bed and start moving soon after surgery in order to prevent blood clots. He was able to walk the next day and made a full recovery, going home only 5 days after surgery. Dr. Dyub credits part of his quick recovery to his active lifestyle, and encourages others to follow suit.

Going back to HGH was a very positive experience for Dr. Wesley-James. He says the facilities have been noticeably upgraded and the hospital is much busier, but that the feelings of pride and camaraderie he recalls from his time working there are still prominent.

“My time at Hamilton General was the best time of my life,” says Dr. Wesley-James. “Going back always makes me happy, and I always run into someone I know. The hospital has a life of its own.”