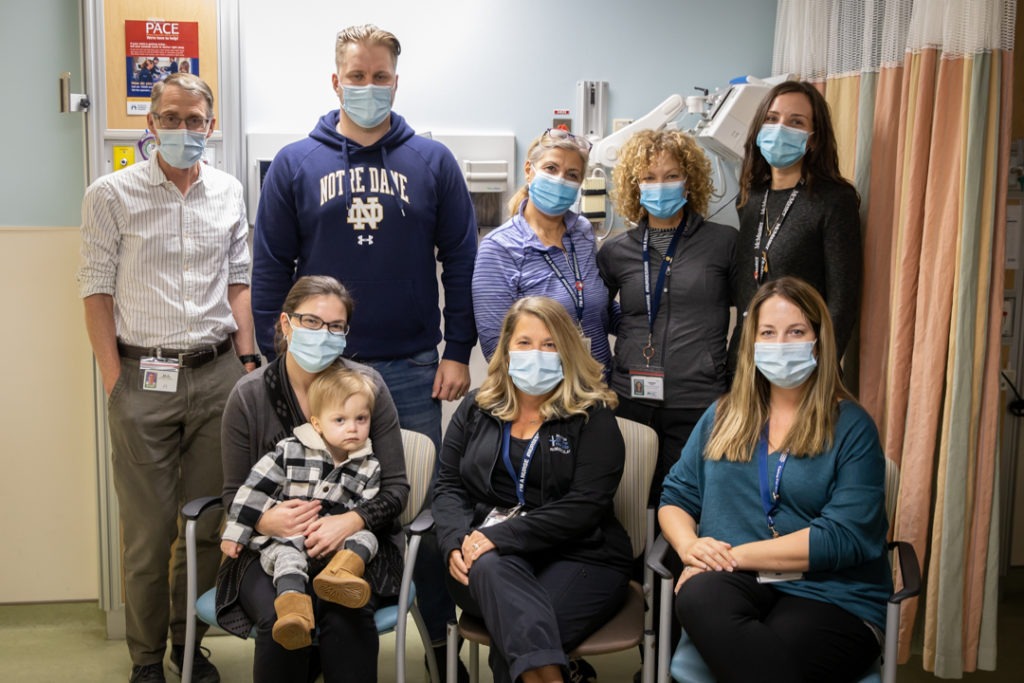 Wyatt Vasey loves music. But his parents didn’t think he would ever be able to dance to it on his own two feet. That’s because Wyatt has spinal muscular atrophy, a genetic disease known as SMA that damages the muscles and impairs a person’s ability to move.

Wyatt is nearing two years old. He’s able to pick things up and throw them. He can sit up and roll over. With some support, he can stand up at the end of furniture. At this point, he’s not able to walk.

But a one-time dose of a drug called Zolgensma might change that. 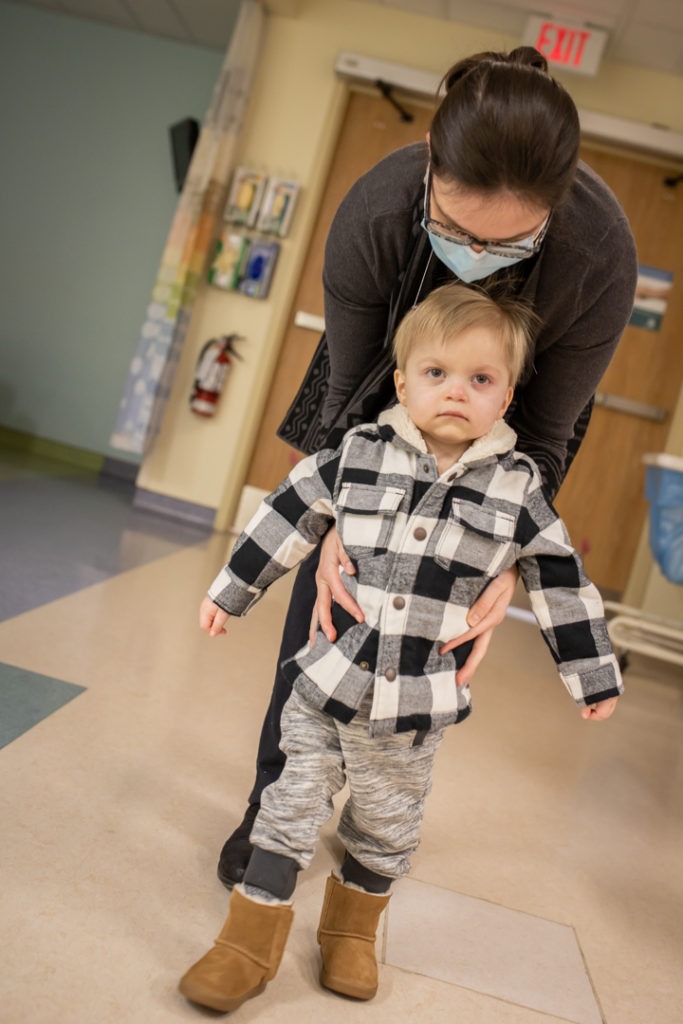 Recipient of a world lottery

Wyatt was selected in a world lottery to receive Zolgensma. The one-time gene therapy treatment costs more than $2 million and was administered on October 14 at McMaster Children’s Hospital (MCH).

“It’s unbelievable. We never thought that it would happen to us. It’s exciting knowing our child might not always have to use a wheelchair,” she says.

The drug company, Novartis, allotted 100 free doses to children under the age of two around the world who met the criteria. Hospitals submitted the names of families who wanted to be considered for the lottery. Once the children were approved, independent evaluators were responsible for randomly selecting patients at different points throughout the year.

While MCH submitted two names for the lottery in March, Wyatt is the first child to be chosen to receive the hour-long infusion at the hospital. MCH learned the results of this round of the lottery in September. The team, led by Wyatt’s doctor and the director of the Neuromuscular and Neurometabolic clinic at MCH, Dr. Mark Tarnopolsky, and clinic registered nurse Linda Brandt, worked quickly to organize the treatment with teams in pharmacy and medical day care to receive training on how to administer the drug to prepare for Wyatt’s appointment.

Patients from other children’s hospitals in the country, including SickKids in Toronto and CHEO in Ottawa, have received the drug as well. The drug isn’t yet approved widely in Canada but was approved for those selected in the Zolgensma lottery, which began in Canada this year.

SMA can affect a child’s ability to hold their head up, sit up, roll over, crawl, walk, and even breathe and swallow. There are several types of SMA, some more severe than others. Wyatt has a more severe form of SMA-2.

Tarnopolsky is optimistic that Zolgensma can push Wyatt’s clinical status towards that of a child with a milder form of SMA-3, a level with independent walking. Those with SMA-3 are still weak, and have a chance to lose the ability to walk later in life. But, they have a normal life-span.

There is no cure for SMA since you can’t regrow nerves once you’ve lost them. But there are treatments like Zolgensma and Spinraza – which work in slightly different ways – that slow the loss of motor nerves, especially when delivered early in life.

Before Wyatt won the lottery, his care plan included Spinraza injections into his spine. Spinraza is the current gold standard treatment for SMA in Canada, although fairly new.

SMA occurs when the gene SMN-1 is missing or not working properly. SMN-1 is the gene that helps to maintain the motor nerves during development and in early childhood. The motor nerves connect the spinal cord to the muscles to send the message to move. SMN-2 is a gene that is similar to SMN-1 but it degrades very rapidly.

Spinraza doesn’t give back the gene that is missing (SMN-1) like Zolgensma does, but it does work to increase the protective SMN-2 protein through a delivery to the central nervous system every four months using a spinal tap infusion.

Besides giving back the SMN-1 gene that a child is missing, Zolgensma is distributed throughout the whole nervous system so there is equal distribution throughout the body. On the other hand, Spinraza is injected into the spine where the nerves go down into your legs, meaning not as much of the drug makes it into the arms or the nerves that support breathing and swallowing.

The one-time Zolgensma infusion also means that Wyatt doesn’t have to be put under anesthetic to receive the earlier scheduled Spinraza lumbar punctures every four months – he has had seven doses in total.

Optimism for the future

Tarnopolsky says Wyatt’s healthcare team is optimistic they can get him walking, but don’t know for sure for a year or so.

Wyatt’s mom says even the hope of improvement feels like a weight has been lifted off the family’s shoulders.

“It always broke my heart that Wyatt loved music but couldn’t dance to it fully. The dreams and hopes you had for your child that you thought couldn’t happen come to the surface again,” she says.

Tarnopolsky says they won’t realize the long-term effects of the drug for months or years.

The importance of early detection

SMA causes muscle weakness, so babies with the disease often don’t meet their milestones which then prompts families to seek medical care.

This was the case for Wyatt. His parents noticed he wasn’t gaining weight or eating properly so they brought him to the emergency department at MCH. He was referred to the Neuromuscular and Neurometabolic clinic where they discovered SMA through genetic testing and immediately started him on the Spinraza drug.

Studies show if people receive Spinraza for 18 months when they are young (ideally right from birth), they have a better outcome.

“If treated asymptomatically, a child could potentially grow to do almost anything an able-bodied person can do,” says Tarnopolsky.

Since early detection is critical, Ontario has begun newborn screening to give children with SMA a better chance. Every child who is born in Ontario is now being tested for SMA so they can be started on therapy within the first six weeks of life if needed.

The family is committed to remaining strong advocates for SMA patients in hopes that all infants will have access to Zolgensma in Canada.