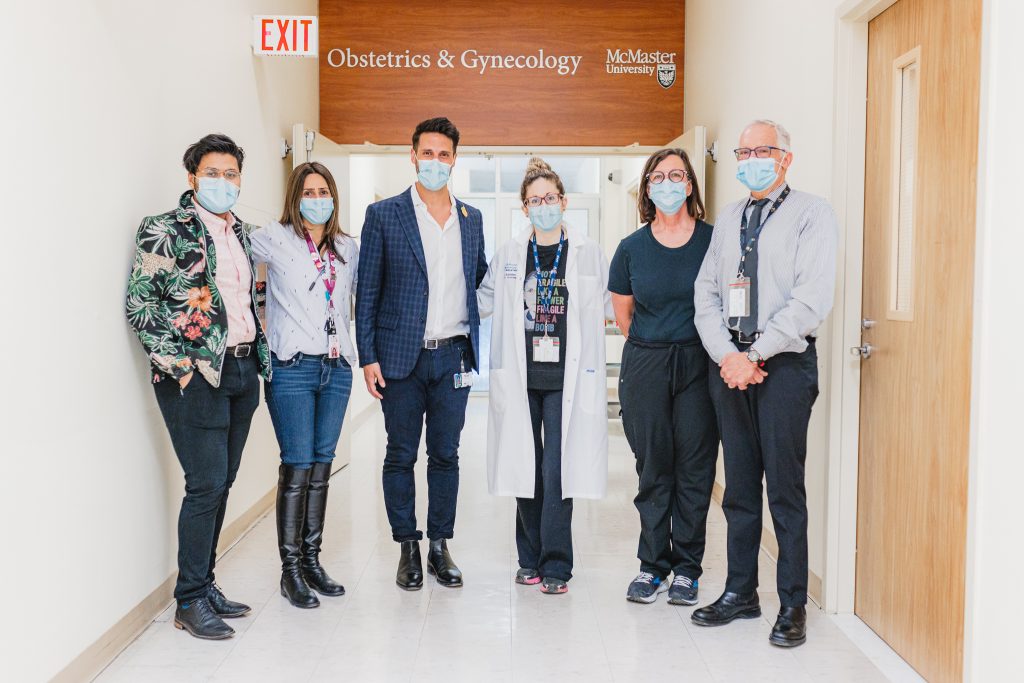 Endometriosis clinic, surgery helps 32-year-old get symptom free “more than 95% of the time”

March is Endometriosis Awareness Month and Samantha Penlington is sharing her story to raise awareness of the disease. 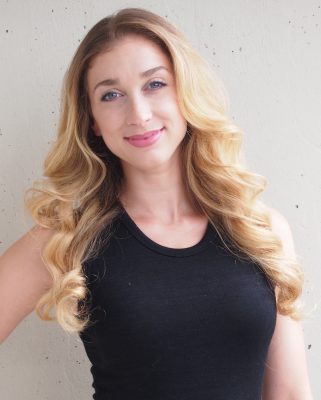 When Samantha Penlington, 32, was in her early 20s, she experienced lower back pain during her periods. She and her family thought it was normal.

At 26, the pain escalated. She didn’t know it, but the excruciating bouts of pain making her nauseous were due to hemorrhagic cysts – an ovarian cyst that ruptures, or bleeds. The first time it happened, the pain was so bad she thought she had food poisoning.

The third time it happened, she fainted at the gym. She was taken to the emergency department by ambulance, where her local hospital confirmed a cyst had burst and that surgery would be the best course of action.

Based on her symptoms, Penlington’s gynecologist also suspected she had endometriosis.

Endometriosis is a chronic inflammatory condition that affects the whole body. It happens when tissue similar to that which normally lives inside a person’s uterus grows outside of their uterus, such as in the ovaries, bowels, pelvic ligaments, or other parts of the body, often causing pain. The condition affects up to 1 in 10 women and an uncertain number of gender diverse individuals or transgender men.

Endometriosis can be diagnosed through imaging, such as ultrasound or MRI, or through surgery. People can be suspected as having endometriosis based on their symptoms.

During surgery to remove Penlington’s cysts in April 2017, the healthcare team also took a tissue sample for testing. Results confirmed the endometriosis diagnosis.

After surgery to remove the cysts

Months after the surgery, Penlington’s symptoms were still getting worse and she had pelvic pain unrelated to her menstrual cycle.

“I went from not having pain for most of the month to having ongoing, consistent pelvic pain at least five days a week,” she says.

She tried different medications that didn’t work. She changed her diet to support her pain management, and started seeing a pelvic floor physiotherapist. Her local health-care provider referred her to the endometriosis clinic at Hamilton Health Sciences’ (HHS) McMaster University Medical Centre. 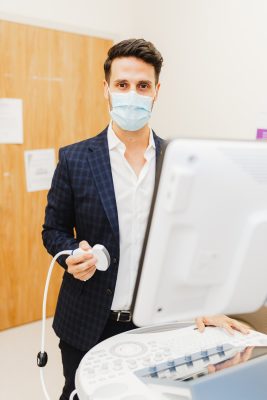 The treatment for endometriosis is not the same for everybody. It takes time to explore treatment options and it often requires a multifaceted approach.

Leonardi says there are three categories of treatment options: surgery, medications such as pain relievers or hormonal medications, and alternative strategies such as diet modification and physical therapy.

“In most cases, the best treatment for long-term management of the disease is a combination of these options,” he says.

After a thorough assessment of Penlington’s symptoms and an advanced diagnostic pelvic ultrasound, Leonardi determined a minimally invasive, laparoscopic excision surgery to remove the endometriosis tissue would be the best option for Penlington. In January 2021, Leonardi and his team spent five hours performing laparoscopic excision of endometriosis.

“My surgery at Hamilton Health Sciences was just the best experience. I know that sounds weird to say, but everyone from Dr. Leonardi to the surgical team to the anesthesiologist was incredible,” remembers Penlington.

What Penlington appreciated most about the clinic was the multi-faceted approach.

“I really like that the HHS clinic emphasizes a holistic approach to pain and symptom management,” she says. “For example, they recommend using psychotherapy and stress management, pelvic floor physiotherapy, and nutrition modifications alongside traditional endometriosis and pain management strategies like medications, pain clinic referrals, and surgery. It gives patients many ways to manage their endometriosis and find a treatment plan that honours their own personal values and preferences.”

“I really felt like I was in good hands,” she says. “Dr. Leonardi looked at the disease holistically and recommended a number of various treatments for me to cope.” 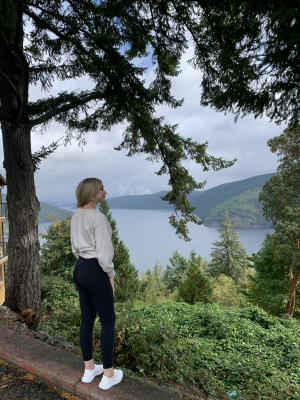 After surgery, Penlington was able to do the things she loved, like travel and being active, without fear of a major pain flare-up.

Leonardi says endometriosis can prevent people from reaching their full potential, whether that be in their personal or professional life.

For Penlington, her pain would occasionally impact her ability to work, socialize, visit family, participate in events, and travel.

“Travelling was very hard because we didn’t know if I’d get to the point of having severe pain episodes in a public space such as an airport. It was unpredictable and became very hard to plan my life and say yes to future opportunities because I had no idea if I’d be able to get out of bed every day.”

As a registered dietitian, it also affected her ability to work face-to-face with clients.

“If you’re in excruciating pain that you can’t think straight or can’t sit up, not only is that doing a disservice to your clients but it also makes it hard to do your job,” she says. “That was one of the really difficult parts.”

A couple of months after her laparoscopic surgery and additional treatments at HHS, Penlington noticed significant improvements in her symptoms. By about six months, her symptoms were essentially gone.

She is grateful the clinic helped her get back to her life.

“I was very lucky that my endometriosis diagnosis was within two years of symptom onset. It often takes many years for endometriosis sufferers to get the right diagnosis. Some statistics suggest up to seven to ten years. It took a lot of trial and error, but between surgery and other pain management strategies, I’m happy to say that I’m pain free and symptom free more than 95% of the time now,” she says.

“I still have triggers for pain but they are very predictable and manageable. For example, really high stress or sleep deprivation, but it’s a lot more mild and manageable post-op. Surgery has significantly helped my symptoms and I feel like I’ve got my life back.” 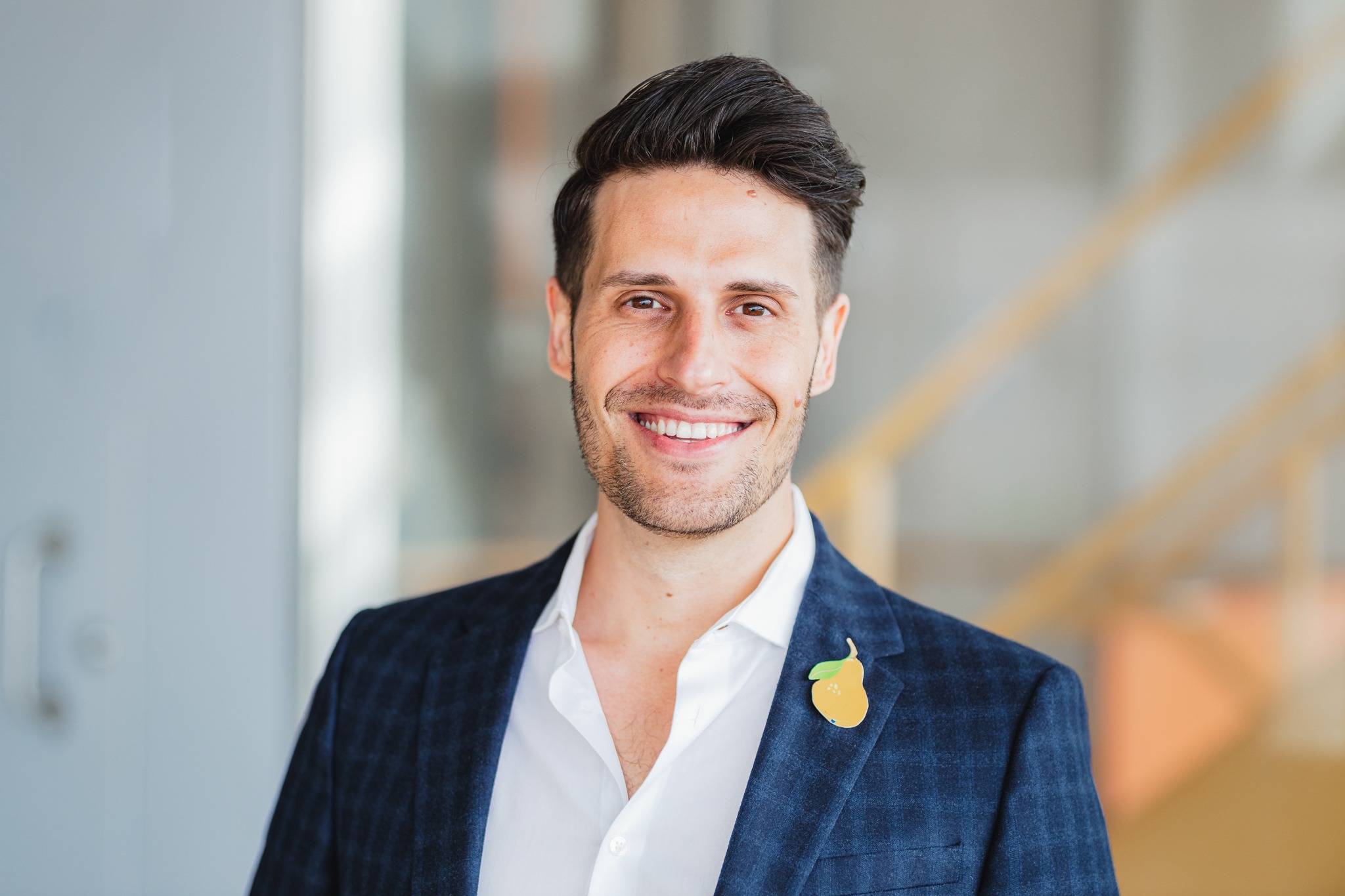 Introducing a gynecologist who specializes in endometriosis