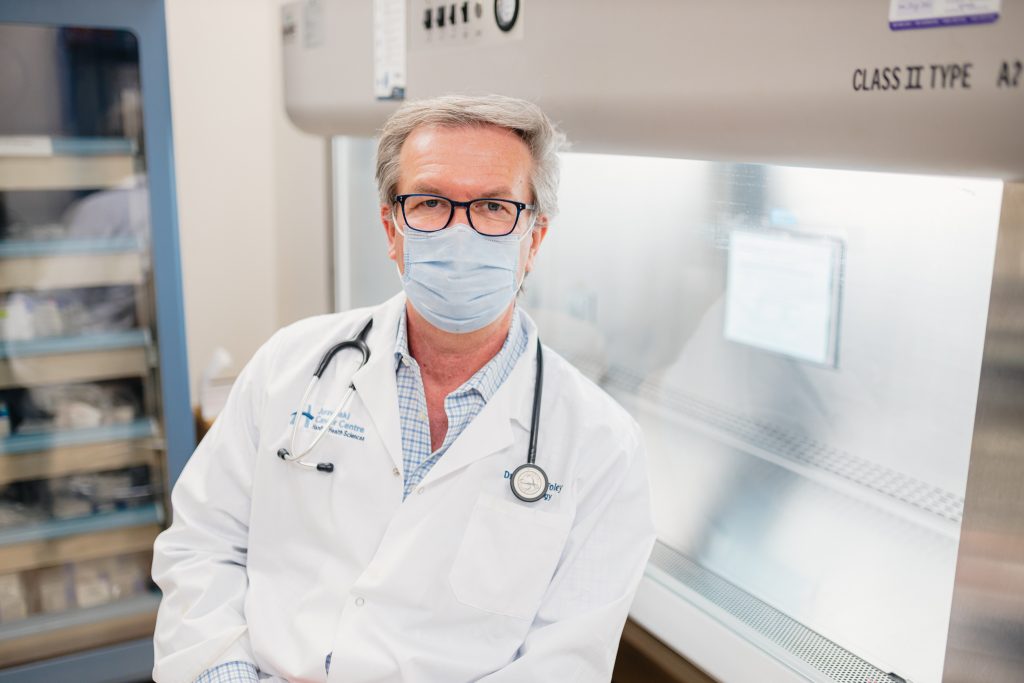 Dr. Ronan Foley is an HHS clinical hematologist and the director of the Clinical Stem Cell Laboratory at the Juravinski Hospital. The lab played a key role in a groundbreaking Canadian pilot study on gene therapy for people with Fabry disease.
Stories

“This study – with multiple healthcare partners across the country — really is a success story that beat all expectations,” says Dr. Ronan Foley, an HHS clinical hematologist and director of the Clinical Stem Cell Laboratory at the Juravinski Hospital. “The results were almost miraculous.” 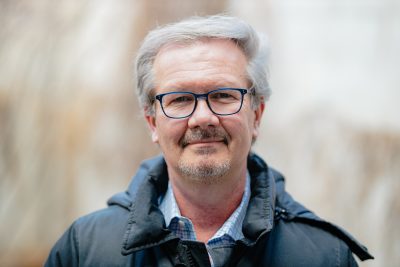 Fabry disease is a rare disorder that affects men more severely than women. People with Fabry disease have a gene called GLA that does not function correctly, leading to serious medical issues over time. Symptoms can include burning in hands and feet, kidney failure, or gastrointestinal symptoms such as abdominal cramping, frequent bowel movements, diarrhea, nausea or vomiting.  There are more than 500 people in Canada known to have this illness.

A Canadian research team including HHS was the first to use gene therapy in 2017 to treat patients with Fabry disease. Their highly-promising findings were published this month in the journal, Nature Communications. Co-authors include Foley, retired HHS transfusion medicine technical specialist Pamela O’Hoski and HHS hematologist Dr. Graeme Fraser.

O’Hoski and her team learned how to use this technology almost 20 years ago, developing skills to purify the `mega-dose’ human stem cells critical for this study. Fraser played a key role in the trial’s oversight and consultation. The Freeburne Banting Foundation, a long-time HHS supporter, provided funds for stem cell purification in this study.

“The patients’ stem cells went on a cross-country journey,” says Foley. Stem cells were collected at the patients’ local institution and shipped to Hamilton for purification.

“Our role in the study would only work if we met two conditions — a large number of stem cells that were highly purified,” says Foley. “People with this condition have a lot of terrible medical consequences. If you can replace the enzyme they need through gene therapy by inserting a healthy gene, you may have a dramatic impact on their outcomes.”

From HHS, the purified stem cells were sent to Toronto’s University Health Network for the gene transfer, and were then reviewed by Health Canada for approval to treat the five patients.

Prior to their participation in the study, these patients underwent enzyme therapy infusions every two weeks.  “What we’re providing is a continuous, robust gene-delivered enzyme that works 24/7,” says Foley. “We hope this will be much more optimal as we follow patients over the years.”

Patients began producing the corrected version of the enzyme to near normal levels within one week. With these initial results, some patients have been able to safely stop their intravenous enzyme therapy for now.

Ongoing follow-up will extend until February 2024.

Clinicians emphasize it will take many years of further testing before this experimental treatment becomes a clinically available standard of care, but this study sets the stage for additional clinical trials in Fabry disease and other metabolic disorders.