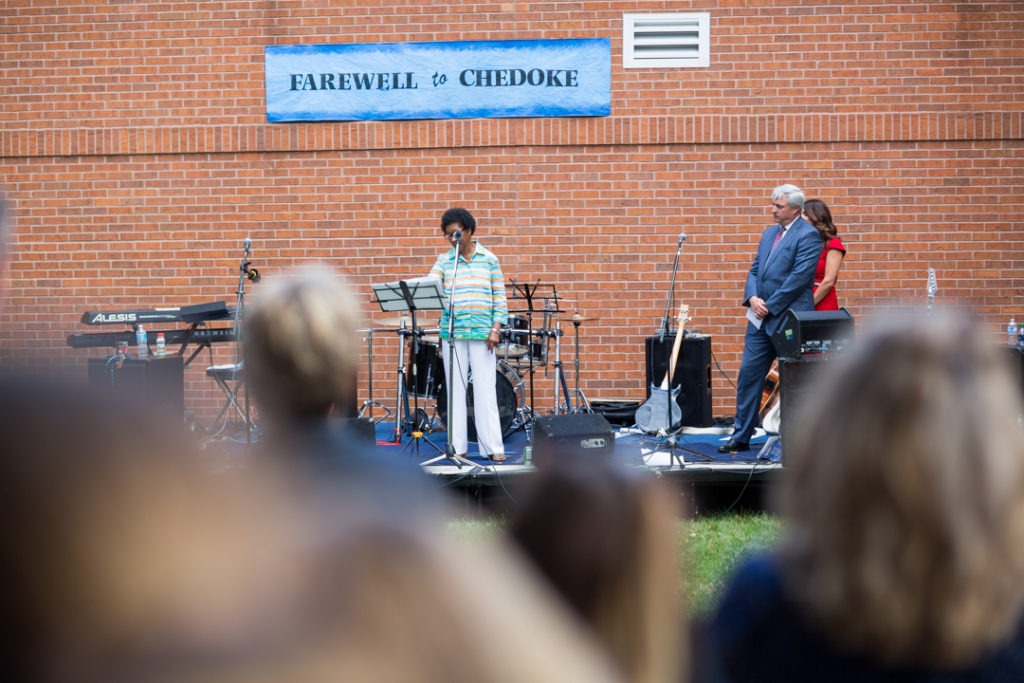 A celebration to say ‘farewell’
Stories

A celebration to say ‘farewell’ to Chedoke

Staff at the Chedoke Campus gathered for a farewell barbecue sponsored by the Hamilton Health Sciences Volunteer Association to celebrate the many wonderful memories they have made at the site.

Its buildings are steeped in history, having transformed from the largest tuberculosis sanatorium in the British Commonwealth to the home of leading joint assessment and rehabilitation programs to a hub for many of HHS’ exceptional administrative teams. Throughout the gathering, trivia questions about Chedoke were asked of the audience. The dozens of hands that shot in the air to answer “When did Chedoke open its doors?”—it was 1906—are proof of how connected to the site so many people feel.

Anita Isaac, who worked at Chedoke for 36 years, and lived there for 22 of those, said a few words on behalf of the retirees who feel so fondly towards this unique place. She saw it evolve dramatically over her tenure and after she retired, but takes pride in the continued success of the programs that originated within its historic buildings.

“The closure of the Chedoke buildings brings change,” Isaac said. “But the programs that began here will continue to grow and develop.” HHS President and CEO Rob MacIsaac echoed Isaac’s sentiments during his remarks. “At the end of the day, it’s the people, not the bricks and mortar,” MacIsaac said. “It’s really the people and the programs that make Chedoke what it is.”

The connectedness of the site’s staff was commemorated with a drawing of an oak tree that each employee stamped with their thumbprint—a sort of guestbook for those who have left their mark on the campus. A special silver tea service was offered in the lunchroom, where staff were also welcomed to snap a memorable picture with their colleagues in the photo booth. They’ll be taking a few small pieces of Chedoke with them when they move. Each employee also received a hardbound book of the hospital’s history along with a souvenir pin.

As this chapter closes, there was a buzz of excitement at the barbecue as everyone discussed the fast approaching move downtown. They may be leaving Chedoke, but they are bringing with them the lessons they learned and relationships they built there.