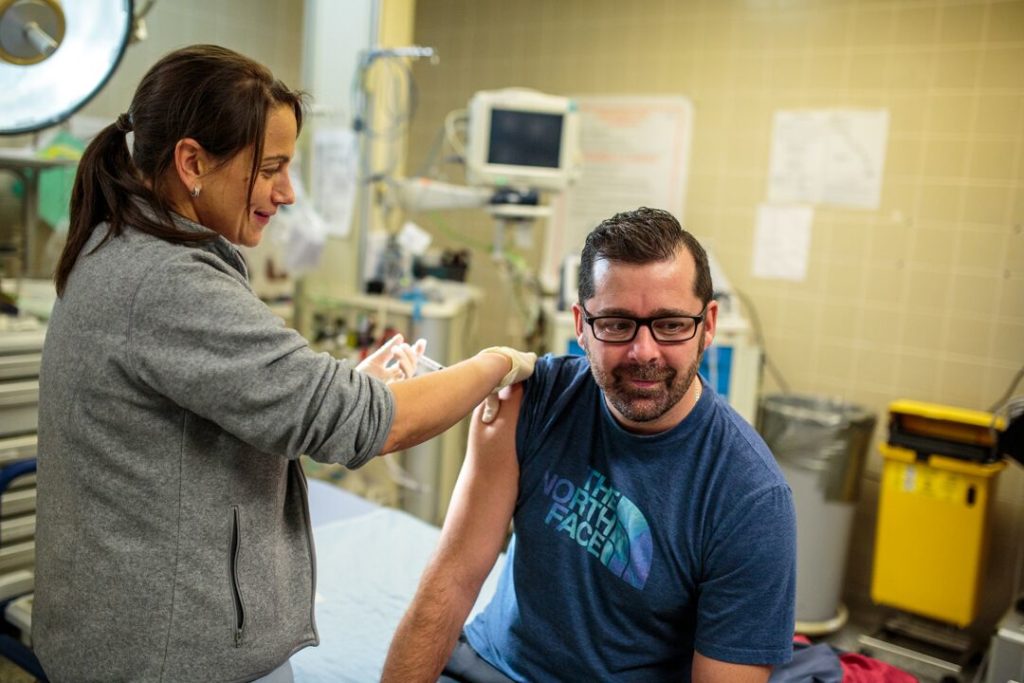 When flu hits close to home

For years, Thom Good didn’t get the flu shot.

As a nurse in the emergency department at West Lincoln Memorial Hospital, he has seen first hand how serious the flu can be for vulnerable people. He knew that he should get vaccinated to help protect people with low immunity, like infants, seniors and people who are already sick.

But every year, flu season came and went and he never got around to having the shot.

That was until a case of flu hit close to home.

Last year, Thom came down with a bad case of the flu. “It was terrible,” he recalls. “I spent one night lying on the bathroom floor.”

“It was a really terrible parenting moment.”

His energy remained low for weeks and he couldn’t seem to rally. In the meantime, his daughter got sick.

She was only one and a half at the time, and is prone to infections. She hadn’t had a flu shot either and when Thomas passed on his germs, the flu hit her hard.

“It was a really terrible parenting moment,” says Thom. “I brought the flu home to my daughter and she got really sick. I felt awful.”

After that, Thom resolved to get the flu shot every year to protect the vulnerable people around him. This year, he and all of his family members have been vaccinated.

Though infants under six months can’t get the flu vaccine, it’s very safe for babies over that age. Thom is sharing his story to help people learn that getting vaccinated against the flu isn’t just about you. It’s about the people around you who may not be strong enough to fight off the flu if they get sick.

Every year in Canada, hundreds of people die from the flu. By getting the shot, you protect yourself and others.

“Now, instead of thinking about why I should get the flu shot, I think about why not,” says Thom. “Why would I not want to protect the people I love?”

Click here to learn more about the flu vaccine.