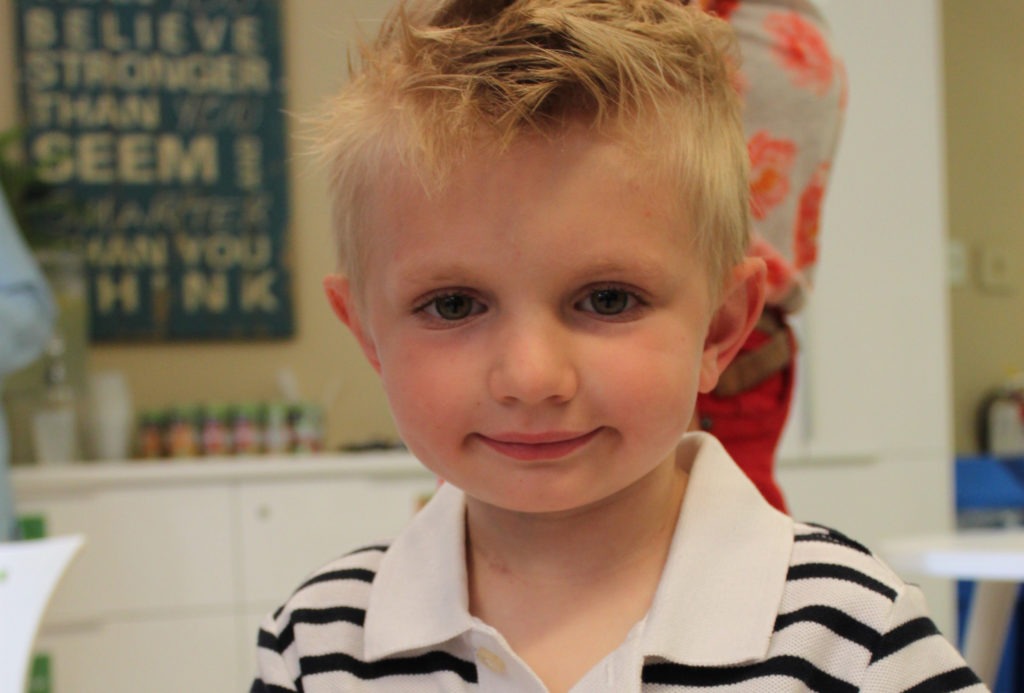 Six-month-old Gaven from Lowbanks started vomiting in December 2011 after swimming at a public pool with his sister and cousin. Gaven’s mother, Brenda, assumed that he was vomiting because he had swallowed water from the pool.

“It became obvious that something was wrong when this continued over the next several days,” says Brenda. “He was also losing a lot of weight quickly, so we took him to our family doctor.”

Gaven’s pediatrician sent him to the Emergency Department at McMaster Children’s Hospital. Gaven became lethargic and the soft spot on his head appeared to be swelling. A CT scan revealed that the vomiting was caused by a tumour.

“The tumour at the back of his head was putting pressure on his brain due to fluid building up,” explains Brenda. “He was immediately booked for emergency surgery to drain the fluid from his brain. They were trying to save his life.”

The surgery was a success and he was immediately booked for a follow-up surgery to remove the egg-sized tumour. Shortly before Christmas, they were given a devastating diagnosis: the biopsy revealed that Gaven’s tumour was a rare form of aggressive cancer.

“Then Gaven developed a serious blood infection and he was treated for that while continuing with his radiation every day. He went through a lot during that period.”

The blood infection was brought under control, and at the end of 28 days, Gaven finished his treatment. No signs of cancer could be found.

“A journey that started in December of 2011 came to an end in August of 2012,” says Brenda. “Gaven had survived and beaten the odds thanks to the amazing doctors and nurses. We are grateful that donor support has made such outstanding care possible for patients like Gaven. He’s our little miracle!”

To help patients like Gaven, give – the Gift of Health – to Hamilton Health Sciences Foundation. Donate today at www.giftofhealth.ca or call 905-522-3863.