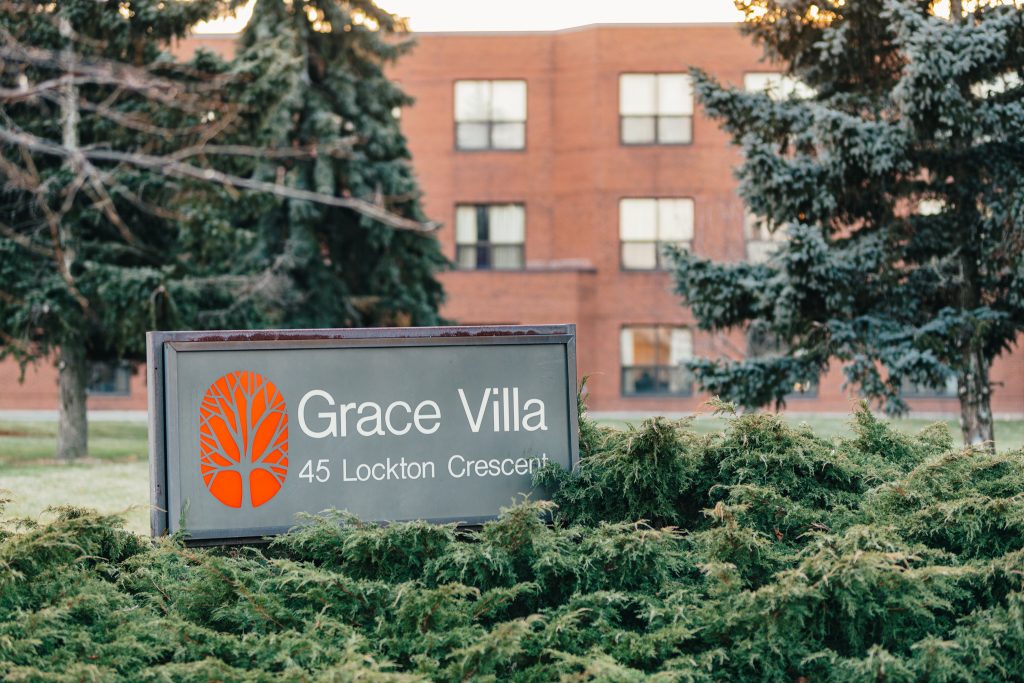 The COVID-19 outbreak at Grace Villa long-term care home was declared over thanks to the hard work of Grace Villa and HHS staff, and other partners.
Stories

It’s a sunny late January morning. Residents of Grace Villa long-term care home head into the dining room for breakfast. They’re sitting around the table with friends. There’s joy in their eyes, you can see it.

They begin to clap, and the staff’s eyes swell with tears.

For these residents, sharing a meal together isn’t something they take for granted. This is the first time they have been able to leave their rooms since the COVID-19 outbreak was declared at the home two months ago.

“It was truly heart warming to witness this first dining experience where residents and staff were able to reconnect in a familiar way,” says Pam Westover, Hamilton Health Sciences (HHS) interim program director of Grace Villa responsible for overseeing the operations of the home. 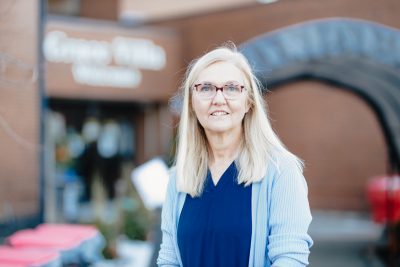 It took a lot of work to get to this point.

Hamilton’s largest COVID-19 outbreak to date saw more than 230 cases of the virus, including both residents and staff. Reports have identified 44 deaths related to the outbreak between November 28 and January 19 when it was declared over by Public Health.

In mid-December, HHS assumed temporary management responsibility of the home in accordance with a voluntary management agreement approved by the Ministry of Long-Term Care. The agreement, which was entered into amicably by all parties, gave HHS oversight of day-to-day operations at Grace Villa to help stabilize the situation in the home.

With many Grace Villa staff infected with the virus – including members of the leadership team — the home was in crisis and needed extra support to care for the residents.

More than 50 HHS staff were temporarily transitioned to Grace Villa including staff from the Crisis Response Team – volunteers who were pulled together earlier in the pandemic to respond to an outbreak at another local long-term care home – and staff from the Nursing Resource Team – a group of nurses who float between HHS sites to provide staffing support as needed.

Staff from other external nursing agencies as well as other long-term care homes came to help, too.

It was a challenging environment for the newcomers. The urgency of the situation reduced the type of orientation staff would usually receive when starting work in a clinical setting. They had to learn new documentation systems for charting patient information and a variety of other clinical practices in the new environment.

Their days were filled with administering treatments and medications, as well as regular resident care such as feeding and bathing. They assessed each resident for what became known as the Four Pillars of Care: medication, hydration/nutrition, turning/positioning and hygiene.

For many, the greatest challenge was managing the emotional elements of the role. From a distance, HHS staff provided support for grieving families who couldn’t come into the home to visit their loved ones due to visitor restrictions. They also provided comfort to their Grace Villa colleagues, supporting them through the difficult time following the passing of beloved residents.

Despite all this, the team rose to the challenge. “They brought their knowledge and skills. They rolled up their sleeves and went to work,” says Connie Kuhn, site administrative manager for HHS who was also onsite daily as part of the Grace Villa leadership team. 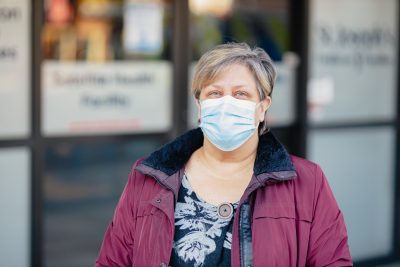 It takes a village

The Grace Villa team, HHS nurses and personal support workers, and external nursing agency staff worked tirelessly to reduce virus transmission and end the outbreak. Many others were involved, too.

HHS teams also stepped in to support with equipment, supplies, human resources, finances, and other elements of running the home. All of this work was done collaboratively with Grace Villa’s staff and leadership team.

Light at the end of the tunnel

When the HHS team first walked into Grace Villa, they saw a significant challenge ahead of them.

“It was very tough in the beginning, but as the weeks went by it started looking up,” says Kuhn.

As the New Year came, they saw light at the end of the tunnel. The transmission rate was slowing down. More and more Grace Villa staff started to recover and were able to return to work.

This allowed HHS to gradually release staff back to their original hospital roles. But not all were ready to leave just yet.

“There are HHS staff members who have established meaningful relationships with the residents and Grace Villa team that have asked to stay to the end of their assignment here,” says Westover.

Grace Villa has hired two HHS Registered Nurses who shone in their roles as charge nurses in the home over the last few months. These are newly created leadership roles in the home. One of these nurses is Marlo Wilson who started working at the home in early December.

HHS is providing virtual sessions for Grace Villa and HHS staff on the topic of grief and trauma. Staff also took some time to pay respects to those they lost during the outbreak.

Kuhn says she’ll never forget the team who came together to work for Grace Villa residents and their families.

“They are definitely heroes.”