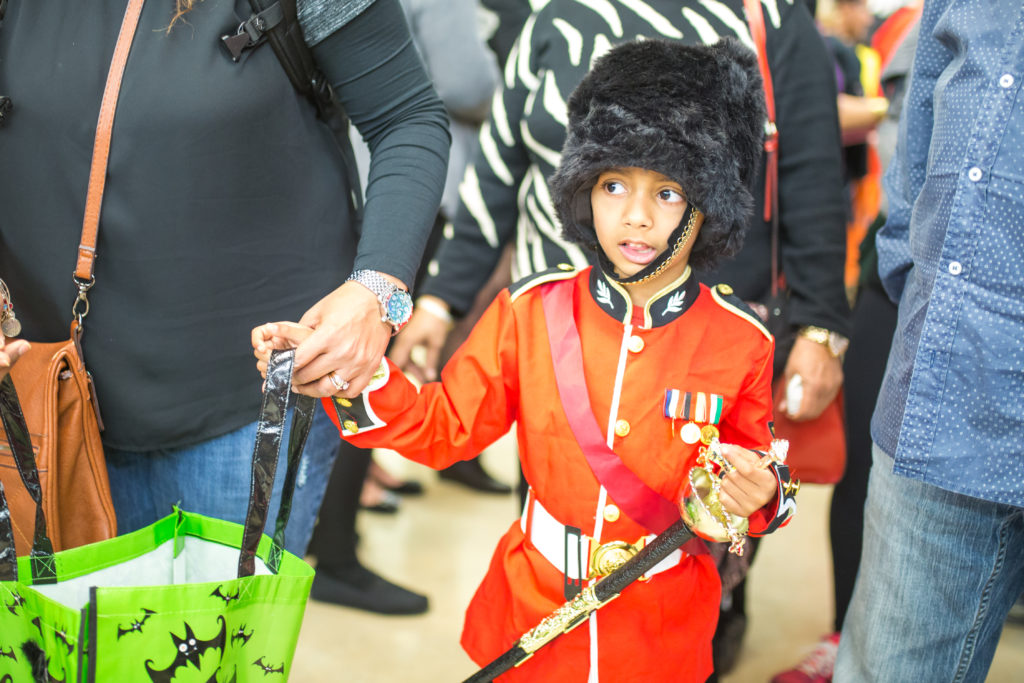 McMaster Children’s Hospital (MCH) celebrated its annual Halloween Parade Monday morning. Little pumpkins, princesses and superheroes gathered with their families to stroll down the hallways of the hospital and collect candy and toys from eager staff members and volunteers lined up in costume.

The parade has been a tradition at the hospital for over 20 years and is a chance for patients and their families to enjoy a sense of normalcy during their hospital stay.

“Some of the families have been in the hospital for a long time, and it’s important to recognize and celebrate the things they’d be celebrating if they weren’t sick,” says Tracy Akitt, clinical leader of child life services at McMaster Children’s Hospital.

This was six-month-old Jack Wishart’s first Halloween. He dressed as a firefighter to walk in the parade with his mom Marie and his grandma. “It’s a little bit hard having all of his first things happen in hospital,” Marie says. “But everyone here at McMaster Children’s Hospital has helped make it feel so special.”

He has acute lymphoblastic leukemia and has multiple rounds of chemotherapy ahead of him. With help from child life services, his family was able to create some happy memories of his first Halloween. “They found this costume for us and it fit around all his IV lines,” says Marie. “I wanted to make sure he was comfortable. He’s really brave and strong.”

“It’s a little bit hard having all of his first things happen in hospital.”

Staff and volunteers take their costumes just as seriously as the kids do. This year, 20 groups entered a costume contest that is judged by young patients at MCH. A collection of Pokémon Go characters, a “bag” of M&Ms and an interactive colouring book were some of the highlights. Each team brought candy and non-edible treats to hand out to kids along the parade route. Treats were also collected to distribute among patients who weren’t able to leave their rooms.

“I think everyone who works in a children’s hospital is a bit young at heart,” says Akitt. “The parade is a chance for them to share and celebrate with the kids and our staff take it very seriously. They love seeing the smiles from kids and their families on Halloween.”