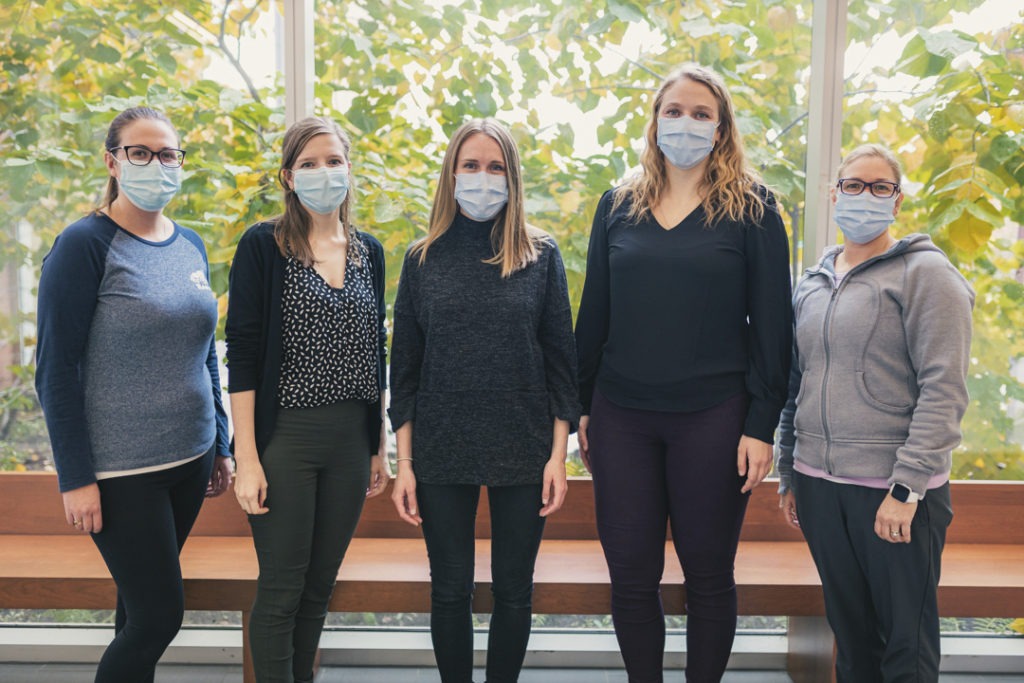 A virtual handwriting camp led by occupational therapists over the summer allowed children to connect with each other at a time when interactions were limited, while also learning important handwriting skills. Left to right: Marsha Bailey, Jillian McWhinnie, Alison Rawling, Brooke Wardrope, Tracey Logel.
Stories

It’s a key skill that some of us take for granted: being able to communicate in writing. So when COVID kept kids home, Hamilton Health Sciences’ McMaster Children’s Hospital shifted to providing an occupational therapy handwriting camp online. The Ron Joyce Children’s Health Centre (RJCHC) location ran the first virtual handwriting camp in July, with a second to come in November. 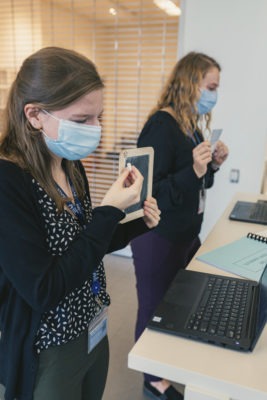 Two groups of children aged 8-13 years old — one in the morning and one in the afternoon — were able to participate in a week-long camp to enhance their fine motor skills and practice their handwriting. The camp, which would typically be completed in-person in the evenings, is run by RJCHC’s school-based rehabilitation services program, which provides access to occupational therapy, physiotherapy, and speech-language pathology services to school-aged children to support their developmental needs.

An opportunity to connect

Children were able to connect with each other using Zoom video conferencing in a time when interactions were limited due to the pandemic. The team of occupational therapists and occupational therapy assistants who run the course begin with ice-breaker games so the children can get to know each other before working on their handwriting through the use of multisensory handwriting activities. 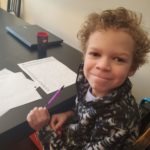 Eleven-year-old Henry took the opportunity to write about wanting to fish with his grandma at the cottage for his final exercise. He was originally scheduled for an in-person assessment before the pandemic, but instead completed it online and was offered a spot in the camp.

His mom Emma was happy to have him join in virtually. “He could learn in the mornings and play in the afternoons,” she says. “We’re glad he got the chance to participate.”

Children are referred to occupational therapy school-based services by their school, where a handwriting assessment occurs. This determines whether the strategies and activities offered in the camp would be appropriate for that child or if they should be followed up by the occupational therapist at school.

While most children begin to learn to explore written output (pre-printing skills) at an early age, handwriting is a skill that can take some time.

“Research shows that children who can write well have improved confidence and self-esteem, increased concentration, improved academic performance, and an increased ability to express themselves creatively,” says Wardrope.

Things like writing from the top down instead of bottom up, awareness of spatial organization on the page, baseline awareness (writing on the line) and spacing between letters and words are all addressed in the camp. 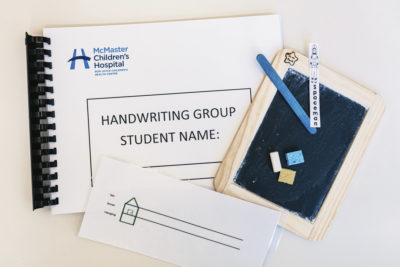 The team prepared camp packages for each family to pick up through a contactless pick-up day. The package includes a chalkboard with chalk, sponges, a booklet of materials for the five days, and a Popsicle stick “Spaceman” to provide a visual tool for spacing letters and words. Kids would use their pencils and markers from home.

“We were super impressed,” says Emma.

While children’s programming dwindled over the last few months during COVID-19, opportunities like this one provided an important support for families like Henry’s.

“The kids all seemed to be engaged and having a good time. Henry really benefitted from it,” says Emma. “His handwriting was not the best before and he learned so many strategies that made it a lot better.”