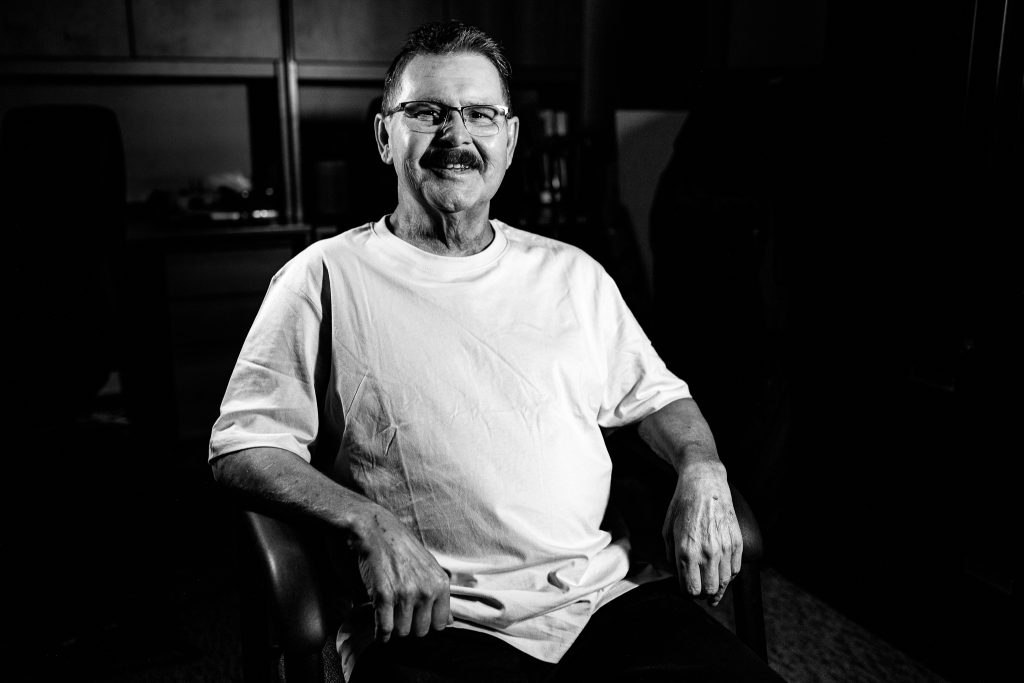 “I wouldn’t be here today if it wasn’t for them.”

Danny Prosic repaired equipment for a tool-making company until a leg circulation disorder forced him to stop working.

But that wasn’t the only serious health issue to plague the Hamilton man, who went on to develop life-threatening conditions including liver cancer, a heart blockage requiring quadruple bypass surgery, and most recently a cancerous tumor on his spine.

“The human body is like a machine, but it’s far more intricate,” says Prosic, 63. “And machines don’t have feelings. It’s really hard living with such serious, ongoing health issues and I’m grateful for the way I’ve been treated by the doctors, nurses and staff at Hamilton Health Sciences (HHS). Everyone has been very kind and caring. I wouldn’t be here today if it wasn’t for them.”

Prosic receives cancer care at HHS’ Juravinski Hospital and Cancer Centre (JHCC). Earlier this year he had surgery to remove the tumor on his spine, at the base of his neck. This was followed by radiation therapy to kill or damage remaining cancer cells so they can’t reproduce. He’s considered palliative, meaning his cancer is too advanced to be cured. Instead, the goal is to continue knocking back the cancer with treatment so Prosic can live as long as possible with a good quality of life. He’s currently undergoing immunotherapy, which ramps up the immune system to keep the disease at bay.

“I have lots of patients, like Danny, who are surviving years rather than months.” — Dr. Brandon Meyers, medical oncologist

The neck tumor was a secondary cancer stemming from an earlier liver cancer diagnosis. Prosic wasn’t eligible for a transplant due to his history of poor circulation to his legs and heart. Instead, he received treatments including surgery, a specialized and intensive type of radiation therapy called stereotactic body radiosurgery (SBRT), and transarterial chemoembolization (TACE) – where blood supply to liver tumors is blocked and chemotherapy is administered directly to tumors.

“Danny’s had a lot of therapies compared to most cancer patients,” says his medical oncologist, Dr. Brandon Meyers. “He responded to these treatments extremely well.”

JHCC is the only hospital in the region where patients can be treated for all forms of cancer, and is a designated leader in the provincial cancer system in a number of highly specialized cancers. Its staff and doctors support more than 26,000 patients with cancer each year.

Liver cancer falls under the category of hepato-pancreato-biliary (HPB) cancers, along with pancreas, gall bladder and bile duct cancer. HPB cancers are serious and complex with high mortality rates. They typically require a range of treatments.

At JHCC, doctors and staff are organized into disease-site teams based on areas 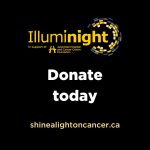 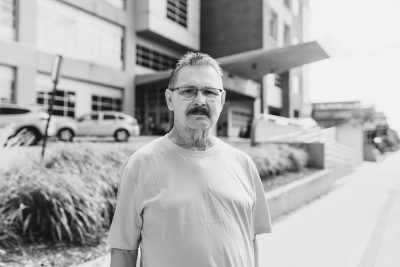 “That’s the beauty of working at a large centre like JHCC,” says Meyers. “We have a wide range of expertise all under one roof, and our collaborative team approach is helping our patients live longer with a better quality of life.”

On paper, liver cancer patients have a poor prognosis.

“If they’re seeing me for palliative treatment – which focusses on managing the disease because it’s no longer considered curable — the best case scenario statistically is a 12 month survival,” says Meyers. “But over half of my patients easily do better than that, thanks our team approach. I have lots of patients, like Danny, who are surviving years rather than months.” 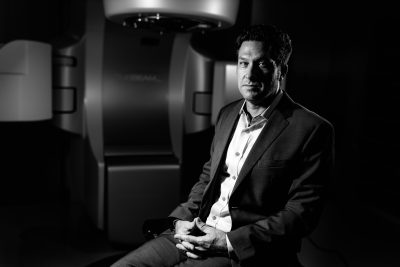 Meyers joined HHS in 2006 as a resident doctor, then went on to complete a fellowship before joining the hospital system full time in 2012 as a medical oncologist. He works primarily with gastrointestinal (GI) cancer patients, with a focus on liver cancer.

“GI cancers are an area of care than I’m especially interested in, and it’s also an area of need,” says Meyers, referring to cancers of the digestive tract and liver.

Among the most satisfying aspects of his work is seeing patients like Prosic beat the odds. “Danny has already survived three times longer than his life expectancy, with a good quality of life.”

“It’s really hard living with such serious, ongoing health issues and I’m grateful for the way I’ve been treated by the doctors, nurses and staff at Hamilton Health Sciences.” — Danny Prosic, patient

Looking to the future, Meyers would like to see a nurse navigator join the team, but it would require funding. A nurse navigator works with patients who might otherwise fall through the cracks, helping them navigate the system so they understand their care plan and don’t miss appointments. Navigators could even help free up hospital beds, since their support could allow patients to recover at home after certain procedures instead of in hospital.

“Our liver cancer patients would especially benefit from a nurse navigator’s support, because their cases are so complex and they see so many different physicians for their care,” says Meyers. “It can often feel overwhelming, and it’s not unusual for some patients to lose track of appointments and miss them.” 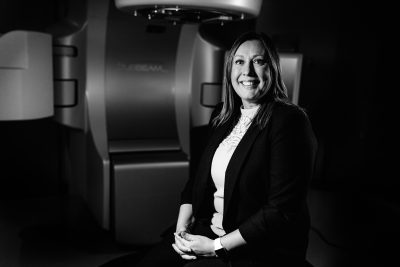 Medical radiation therapist Melanie Carrigan is also keenly aware of the difference that funding can make in providing the very best care. Donations from Hamilton Health Sciences Foundation support JHCC’s radiation therapy program for children, says Carrigan, who works with children and teens but also treats adult patients. She was Prosic’s radiation therapist for four of his five SBRT treatments for liver cancer.

“Cancer care isn’t all doom and gloom. It’s about working together to help people during the most difficult experiences of their lives.” — Melanie Carrigan, medical radiation therapist

With SBRT, highly concentrated doses of radiation are safely and precisely delivered over a much shorter period of time than with usual radiation therapy. “We can finish in a week what traditionally took months, with same or better benefits,” says Carrigan.

Carrigan is part of JHCC’s research, innovation and learning committee and she works closely with the radiation and medical oncology teams in running clinical trials.

“The future is happening now with the advent of new immunotherapies, and shorter, less toxic, and more effective combined therapies,” says Carrigan. “It’s very exciting to see the progress being made toward improved outcomes.”

But as much as she loves research and technology, the best part of her job is connecting with colleagues and patients.

“What it really comes down to is the people,” says Carrigan. “Cancer care isn’t all doom and gloom. It’s about working together to help people during the most difficult experiences of their lives, and giving them the confidence to know that our expert team is here to support them every step of the way.”

Update: Danny Prosic passed away shortly after participating in the 2022 Illuminight campaign. Our thoughts and deepest condolences go out to his family, and we thank them for allowing us to continue sharing Danny’s story about the care he received at Juravinski Hospital and Cancer Centre.

Illuminight is an annual fundraising event that aims to shine a light on the nationally-leading, life-saving cancer care and research at JHCC. This year, we’re celebrating Illuminight with a five-part series of stories and videos from Sept. 22 to Oct. 11 featuring gynecologic, blood and hepato-pancreato-biliary (HPB) cancer care as well as cancer research and health equity.

Since 2018, Illuminight has raised more than $500,000 to support the highest priority needs of the cancer program at Juravinski Hospital and Cancer Centre. Help us shine a light on cancer and donate today. 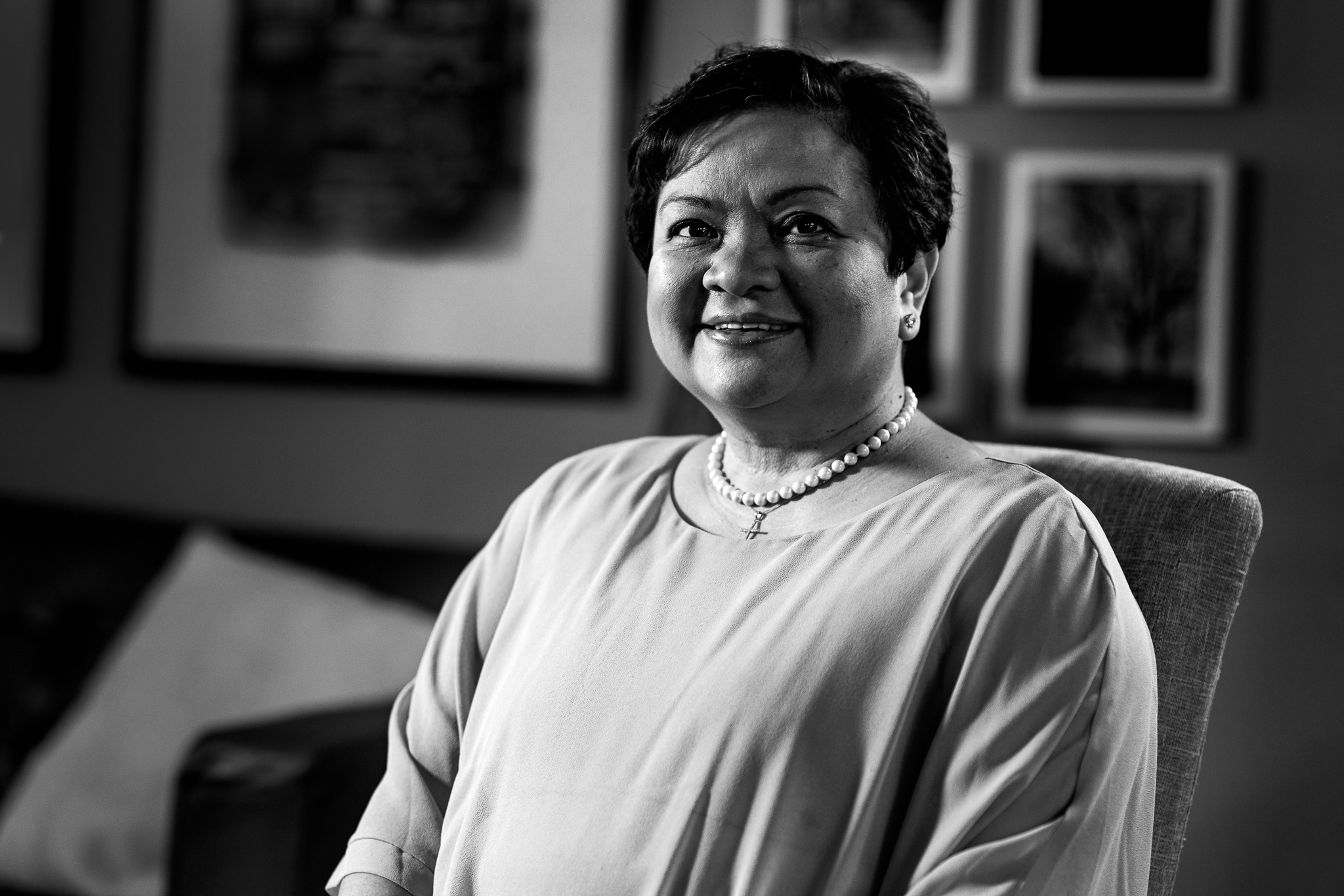 Beating the odds, 15 years and counting 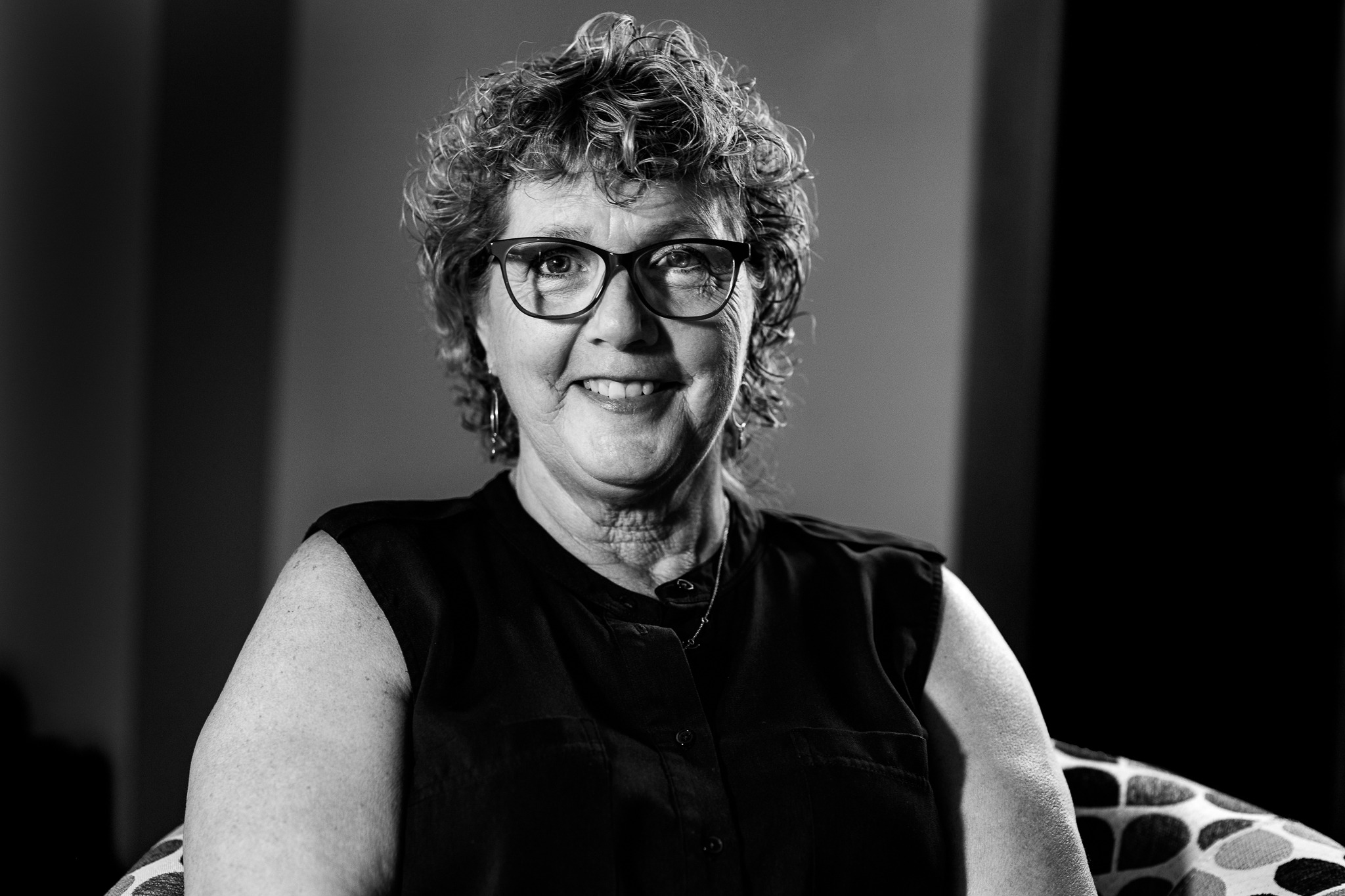 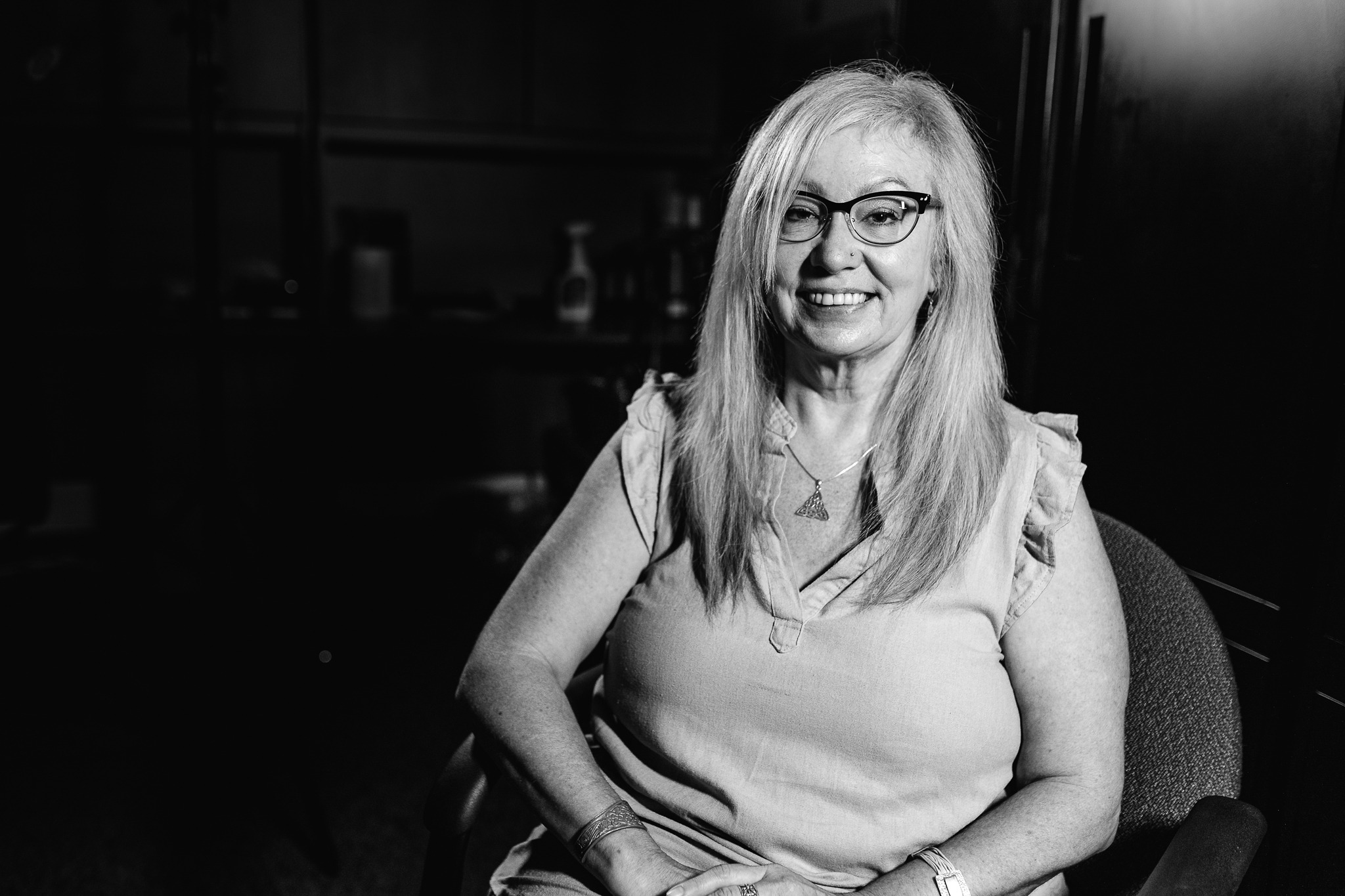