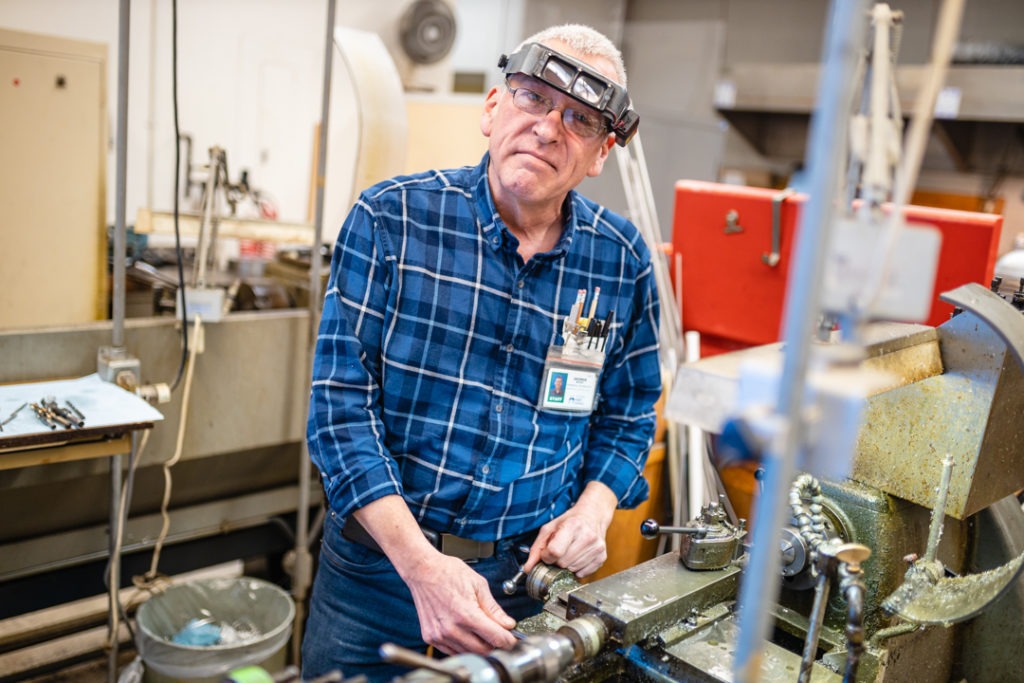 George Boyes began working at Hamilton Health Sciences (HHS) 22 years ago at the Chedoke Hospital site. Before beginning his career at HHS, George worked as a structural airframe mechanic building MD80 and MD11 aircraft. He then apprenticed in tool and die making in Toronto prior to coming to HHS.

“My duties here began [with] repairing surgical instruments. It’s evolved to where people will come in wanting something made, or they have a problem that they need solved with a piece of equipment,” says George.

He has the unique task of using his own creativity and ingenuity to invent mechanical solutions to whatever problems he is approached with. George says that when he was initially asked by fellow staff members to find mechanical solutions they expected him to order the parts, when in reality he was inventing and creating new tools, systems and devices to meet their needs. 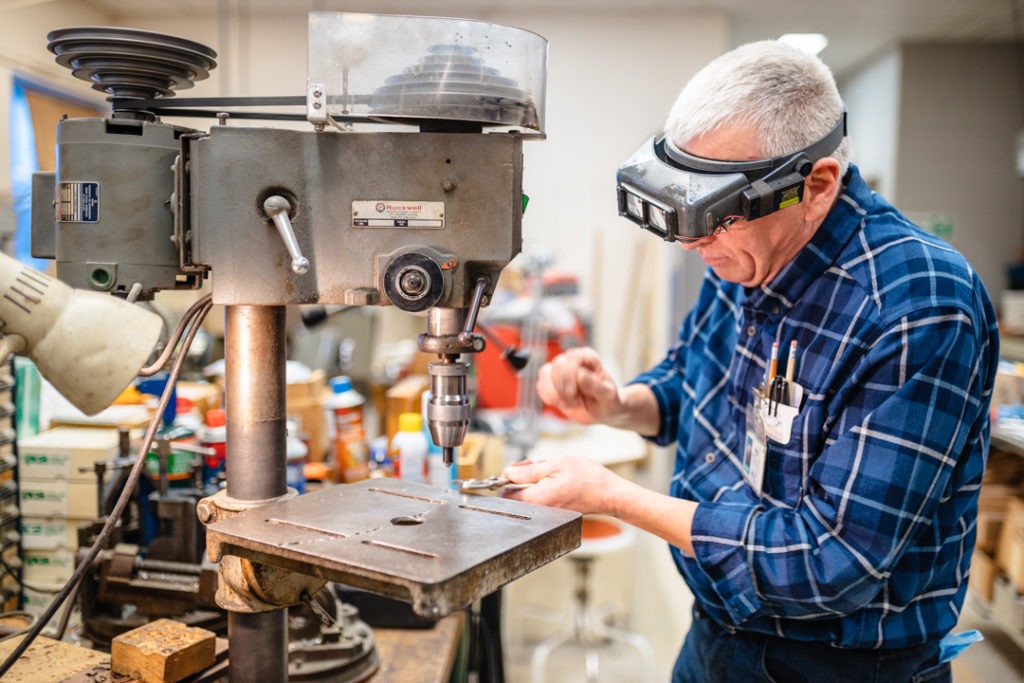 When approached with a problem that needs solving, George says, “I much prefer going to see what they’re applying their issues for so that I can get a complete picture of the whole thing. Once I do that, I can kind of figure out where to start. A lot of times I start making designs in my head . . . and then I have to feed off of that to try and figure out how I’m going to accomplish the goal. So, there is a lot of thinking and changing on the fly. Sometimes I make prototypes and then fine-tune them after I’ve actually seen it in use.”

From creating a cleaning system for hyperbaric chambers at the Hamilton General Hospital to designing prosthetic attachments for amputee patients, George experiences great variety in his work. He says,

“I enjoy coming to work every day because every day is a different day. You never know what the day is going to bring.”

With such varying projects coming his way, George uses everything from lathes, milling machines and grinders, to drill presses and welders to create his mechanical solutions. Hidden away in the mechanical department of biomedical technology at McMaster University Medical Centre (MUMC), George continues to find solutions to problems both big and small as he regularly receives new and unique requests from across the organization. 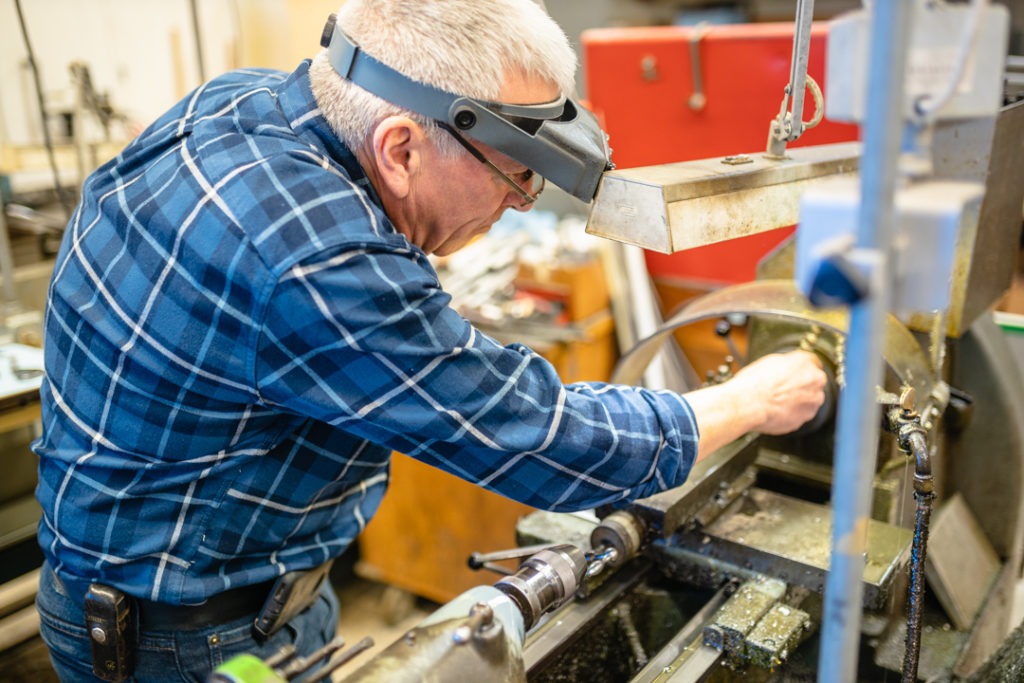 When describing his role, George is noticeably passionate about what he does. He says, “To actually make a product, or a device or something and seeing and knowing that it’s being used – that puts a smile on my face. There’s a few things that I’ve made for people with disabilities, and if I can make their life easier, then that makes me happy.”

When asked about a project that he’s particularly proud of, George refers to a recent collaboration with Joel Flett and Karen Litman from the Prosthetics and Orthotics Department at Ron Joyce Children’s Health Centre (RJCHC). “A client . . . had issues with a prosthetic attachment that kept failing. Between the three of us, with our diversified specialties, we ended up manufacturing a new device for the client. This device has allowed their client to continue pursuing their dream. The sky’s the limit!”

George expresses how lucky he is to have a job that he loves. He says, “Every project is a good project. It doesn’t matter how small it is, or how tedious: watch making parts, or if it’s big for nuclear medicine. It’s just a whole gamut of things and it just puts a smile on my face when I finish the job.”