The making of a superhero: IronGabe fights evil villain, Leukemia

He loves sports, especially baseball. He can run circles around anybody. He’s a social butterfly. And he just finished treatment for leukemia after a three-and-a-half-year battle. His name is IronGabe and he is a superhero.

When Gabe was diagnosed with cancer, he was in a big Iron Man phase. As his parents tried to explain what was happening to him at McMaster Children’s Hospital (MCH), they used superheroes. His port was like Iron Man’s reactor. That’s where doctors would give him medicine. His donated blood came directly from Spiderman. He was fighting the evil villain, Lukie Leukaemia. His family was blown away by his strength. “If I didn’t witness this with my own eyes, I wouldn’t believe you could fight cancer like this,” says mom Sabrina Crimeli.

Now nine years old, Gabe turned his experience into a speech for school. He called it “The making of a superhero” and recited it in the school’s public speaking semi-finals in March. Gabe’s family turned his speech into an illustrated book donated by two independent illustrators. Proceeds from book sales go to camps for children with cancer and the Children’s Wish Foundation, both causes close to the family’s heart. 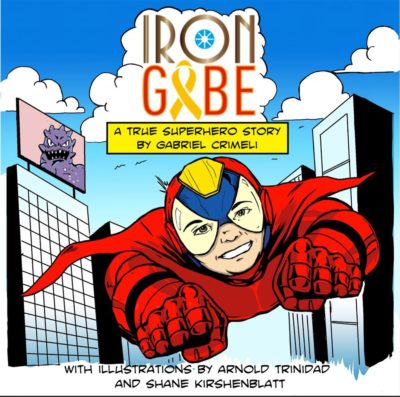 Gabe and his family also organized a blood drive to help accomplish Gabe’s goal of 1000 blood donations before the end of the year.

A community coming together

“When the reality of coronavirus hit and Gabe realized he wouldn’t have his friends to get him through the end of his treatment, you could tell he was down,” says Sabrina. “We had to get creative again so we had a massive sign outside of our house with a countdown that says how many days left.” Friends and family dropped off treats every day, from piñatas and ice cream cake to balloons and hand-drawn pictures. 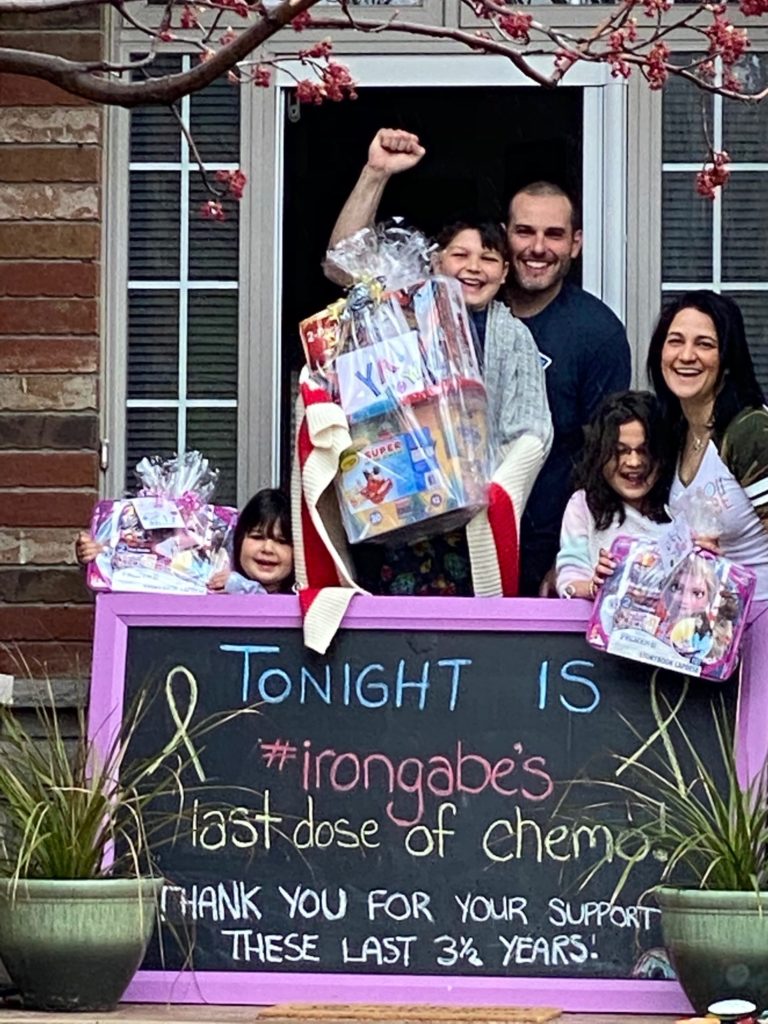 Sabrina and her best friend are both paramedics. They organized a “parade of heroes” to go by Gabe’s home on his last day of chemotherapy on Sunday, including emergency services in Peel, Hamilton and Halton, followed by a private, online party where Gabe recited his story to close friends and family.

On Monday, the family organized a Facebook live so more family and friends could be there for Gabe as he rang the bell, followed by a dance party. “Ringing the bell” at Juravinski Cancer Centre and MCH is a celebration to mark the end of cancer treatment. MCH continues to celebrate by offering the bell ringing and their unique hip hip horray cheer with the care team. But, since Gabe’s support system wasn’t able to be by his side due to COVID-19, his parents ordered him a personalized one to ring at home, on video. 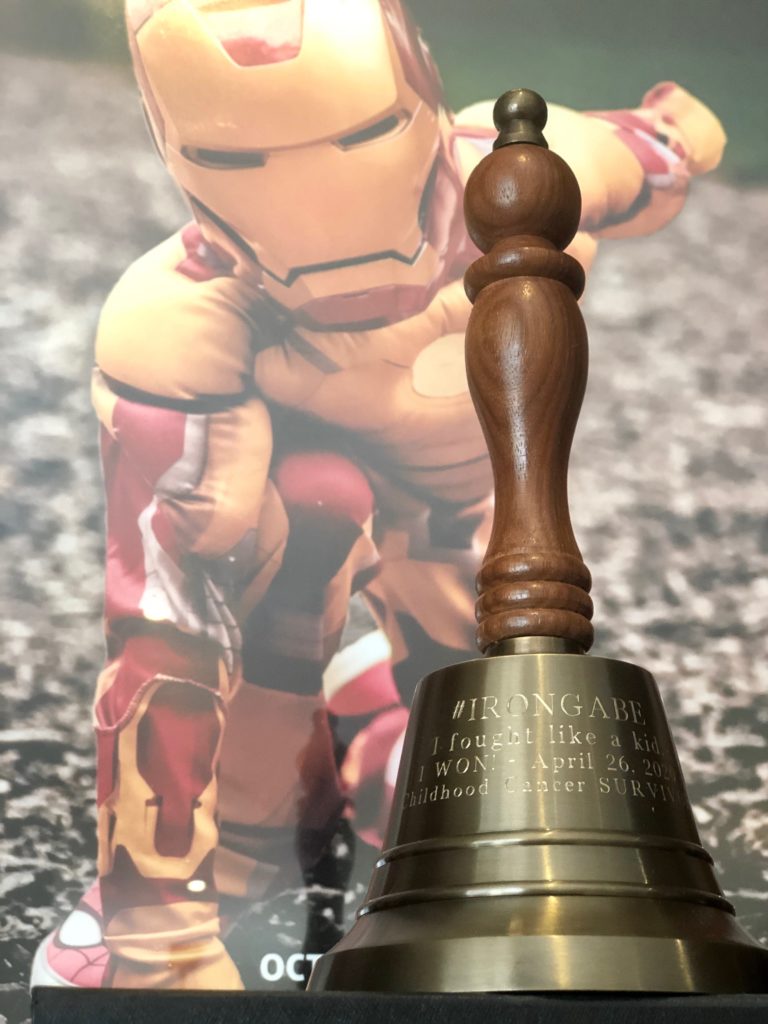 To top off the celebrations, Gabe’s school is organizing a virtual “spirit day” where the students will dress up and send pictures to Gabe to show their support, since they can’t be together in person.

“With the help of doctors, nurses, Iron Man, Spiderman, family and friends, we found our footing and pushed through to find the joy this journey could bring,” says Sabrina. “What abruptly devastated us taught us that all we really needed in life was each other and an amazing community who cheered us on.”