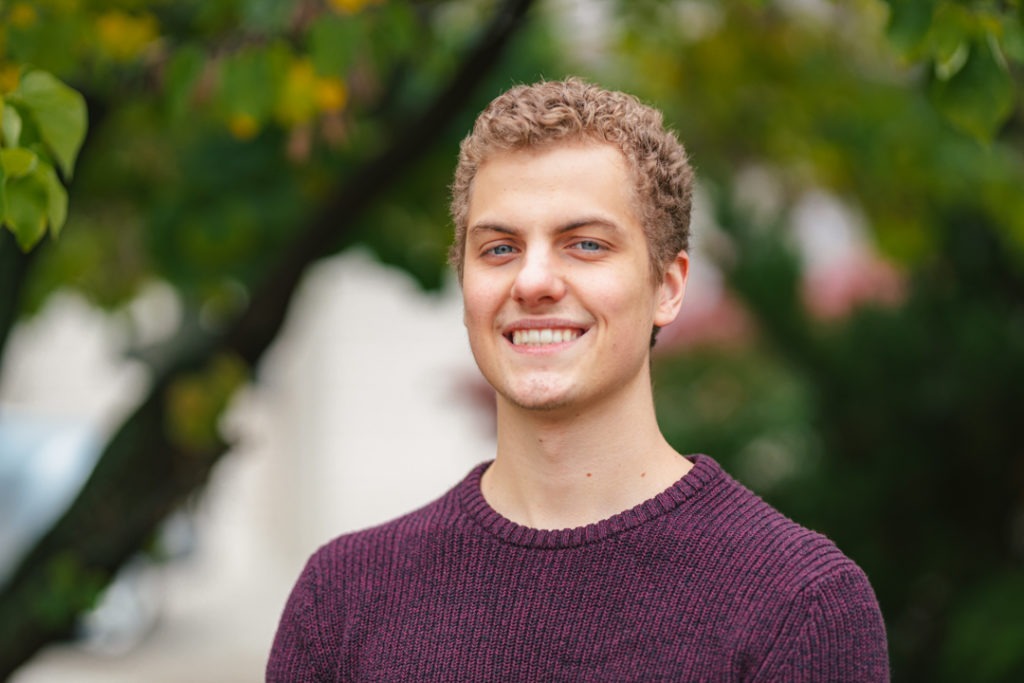 Adam Miecznikowski was diagnosed with Kawasaki disease as a young child. Research at Hamilton Health Sciences has shown that the incidence of Kawasaki disease has increased over the past 20 years in Ontario.
Stories

Why everyone’s talking about Kawasaki disease

When Hamilton resident Adam Miecznikowski was a toddler, he became ill with symptoms including an extremely high and persistent fever, strawberry-red tongue and bright red rash on his feet.

His parents took him to multiple medical appointments, where diagnoses included slapped cheek virus (also known as parvovirus or “fifth disease”) and scarlet fever. But in spite of treatment, his symptoms persisted.

“My baby still had this really high fever for four or five days and nothing was working,” recalled his mother Victoria Miecznikowski, whose son is now 20, a competitive swimmer in his second year at McMaster University.

Desperate for answers, Adam’s parents took him to the emergency department at Hamilton Health Sciences’ McMaster Children’s Hospital (MCH) where he was diagnosed with Kawasaki disease. 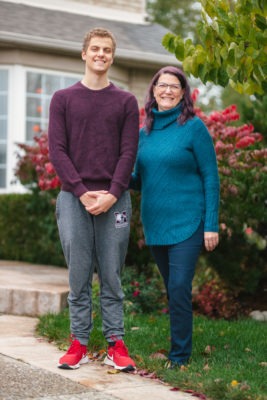 Kawasaki disease causes inflammation in the walls of blood vessels throughout the body, including the coronary arteries which supply blood to the heart, and is the leading cause of acquired heart disease in children. Most children who develop it are between two and five years old.

When COVID-19 arrived on the scene, some children who contracted COVID developed symptoms mirroring Kawasaki disease. Some of these young COVID patients ended up in intensive care units with heart complications. Suddenly, there were many media reports discussing whether children with COVID were also developing Kawasaki disease.

Kawasaki disease is easy to treat when caught early, and most children make a complete recovery. But without treatment, about 25 per cent of children will develop some abnormalities of the coronary arteries – the blood vessels around the heart. If left untreated, aneurysms can develop and lead to clots.

“Because of that, it’s the number one cause of acquired heart disease in children,” said Dr. Michelle Batthish, an HHS pediatric rheumatologist. “That’s why it’s so important to diagnose and treat it early.”

Batthish is the first recipient of the 2020 Kawasaki Disease Canada Research Award for her research on long-term cardiovascular outcomes in children with Kawasaki disease. The award will help support the next phase her research. 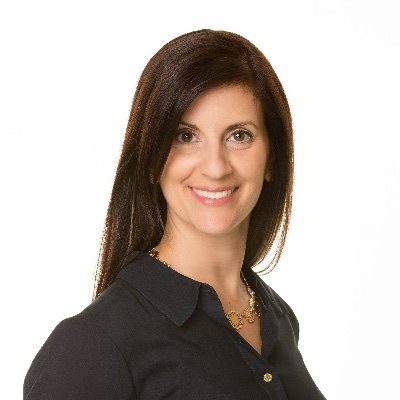 Adam’s coronary arteries were affected by the time he was diagnosed but he made a full recovery. He  is still monitored once a year with an electrocardiogram.

Research conducted by Dr. Batthish and her HHS colleagues has shown that the incidence of Kawasaki disease has increased over the past 20 years in Ontario. Earlier this year, they presented an abstract on these first-phase results at the Canadian Rheumatology Association’s annual scientific meeting.  Her team has looked at healthcare administrative data from ICES, an independent, non-profit research corporation.

“These are the questions we’re hoping to find answers to.”

This included information on over 4,000 Ontario children who had Kawasaki disease between 1995 and 2017. The project involves following these children into adulthood, to see if any heart-related complications have developed. Children 10 to 18 years of age were found to have a higher rate of coronary artery aneurysms.

“We do know there’s a window of opportunity to treat these patients to prevent coronary artery aneurysms,” says Batthish. “What we don’t know – and what a lot of parents ask us – is whether there are any long-term effects on the heart. What does this mean when they’re adults, regarding heart health? These are the questions we’re hoping to find answers to in the next phase of our study.”

Regarding recent discussions about whether children with COVID were also developing Kawasaki disease, research is underway worldwide into whether the COVID-related illness is Kawasaki disease or a separate condition, says Batthish, who suspects the latter.

“Physicians who suspect Kawasaki disease should think of COVID.”

“It’s important for the medical community to take note of the similarities,” she said. “Physicians who suspect Kawasaki disease should think of COVID, and look for other symptoms that aren’t typical of Kawasaki disease.”

There are known differences between Kawasaki disease and the symptoms appearing in some young COVID patients. Dr. Batthish’s research has reconfirmed that Kawasaki disease is seasonal, with cases typically arriving in the early spring and fall. But children with COVID who displayed Kawasaki-like symptoms arrived in late spring and summer and they were also older, typically 10 to 15 years of age. In addition, they had symptoms that are not typically associated with Kawasaki disease, such as diarrhea and abdominal pain.

“I had never heard of Kawasaki disease until then.”

Burlington mom Tina Dureau is pleased to see the increased awareness of Kawasaki disease since COVID. It took close to two weeks for her daughter Brooklyn, now 6, to be diagnosed after developing symptoms three years ago. Brooklyn was also diagnosed after her parents brought her to MCH’s emergency department.

“I had never heard of Kawasaki disease until then,” says Dureau.

Brooklyn experienced symptoms including a fever and red, peeling hands and feet, and the condition affected the blood vessels around her heart. Brooklyn recovered and her heart is now healthy.

“I connected with a group called Kawasaki Disease Canada (KDC) and they have been a wonderful resource,” said Dureau, who remains in contact with the organization and reached out to KDC earlier this year when contemplating whether or not to send Brooklyn to school because of the pandemic. After discussing her concerns, Dureau felt comfortable with Brooklyn returning to school.

“Research is the key to learning more about any long-term impacts.”

Batthish says continued research in the field is essential.

“We understand how worrisome a diagnosis can be for parents, especially when children’s coronary arteries are affected, and we are deeply committed to providing the very best care and most up-to-date information,” she says.

“Research is the key to learning more about any long-term impacts, and our HHS team looks forward to moving forward with our study.”