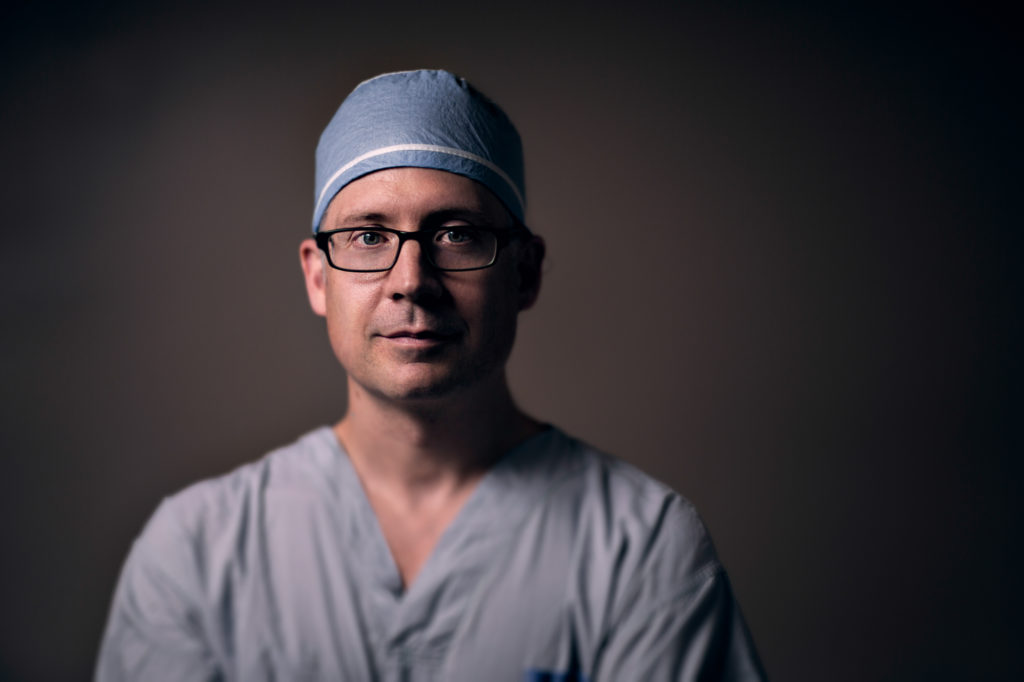 Curbing the perfect storm for stroke

On a gloomy day last April, Richard te Boekhorst was doing yard work when the clouds above him threatened to open up. He sped up his pace in a race against the impending storm. In his haste, he stumbled and fell. He must’ve tripped on the hose, he thought.

What Richard didn’t realize was that he hadn’t tripped on the hose. He was having a stroke. It came over him as unexpectedly as the clouds above and, last he remembers, left him helpless on the ground as the rain began to pour. He was changed.

Before the stroke, Richard was a local 63-year-old financial planner who led a fast-paced, healthy lifestyle. He was your typical “type-A”, despite having atrial fibrillation (AF), a common condition that causes an irregular heartbeat.

People with AF have a higher risk of stroke since blood isn’t being moved properly through the heart which can cause blood to pool and, potentially, form a clot. If a clot gets pumped to the brain, it can cause a stroke. Atrial fibrillation currently affects more than 350,000 Canadians. Age increases their risk of stroke and so as our population’s age rises, so do the number of strokes.

Exploring a world without stroke

Dr. Richard Whitlock, cardiac surgeon at Hamilton General Hospital (HGH) and researcher at the Population Health Research Institute, is exploring ways to give peace of mind to people like Richard who live with the constant threat of stroke. It’s a challenge he and his team tackle every single day, and they’ve started with a small, seemingly innocent piece of the heart that’s actually proven to be an ideal breeding ground for dangerous clots.

“This could have a dramatic positive impact for AF patients and, so far, the evidence is promising.”

The left atrial appendage (LAA) is a little pocket of tissue on the upper chamber of the heart that, as far as we know, has no real purpose. But, what is known is that the LAA is the main source of most blood clots. Blood pools in its cozy pocket and forms in to clots which dislodge and can wind up in the brain.

Through the Left Atrial Appendage Occlusion Study (LAAOS), Dr. Whitlock and his team remove the LAA in patients who are already undergoing open-heart surgery since it’s accessible, simple to remove and has no impact on the primary procedure. There are 4,700 patients participating in the study across 20 countries. They’ll be tracked for four years to see whether the absence of the LAA reduces the rate of stroke.

“The only risk to the patient is the initial surgery, which carries less of a risk than the alternative, a lifetime of being on blood thinners,” says Dr. Whitlock. “This could have a dramatic positive impact for AF patients and, so far, the evidence is promising.”

“My biggest worry is that it could happen again.”

If the study proves that LAA removal is a worthy and effective tactic in stroke prevention, it could become an option for people like Richard, and would likely inspire further research on whether it’s a method that can be applied beyond those with AF.

Thankfully, moments after his stroke, Richard’s wife found him rolling in the grass in the pouring rain. He had been unable to get himself up off the ground – his whole right side was paralyzed, and he couldn’t call for help. His wife called 9-1-1, and soon after paramedics whisked him away to the General, the regional stroke centre for Central South Ontario.

Thanks to the all-around speedy response of his wife, his paramedics and his care team at HGH, Richard got his motion back quickly, but still required months of speech therapy. He’s gradually returned to work, but at a reduced capacity. His energy level is far lower and he still gets stuck with his speech.

“Having a stroke has changed my life,” says Richard. “My biggest worry is that it could happen again.”

Dr. Whitlock and his team are finding a way to make sure it doesn’t.