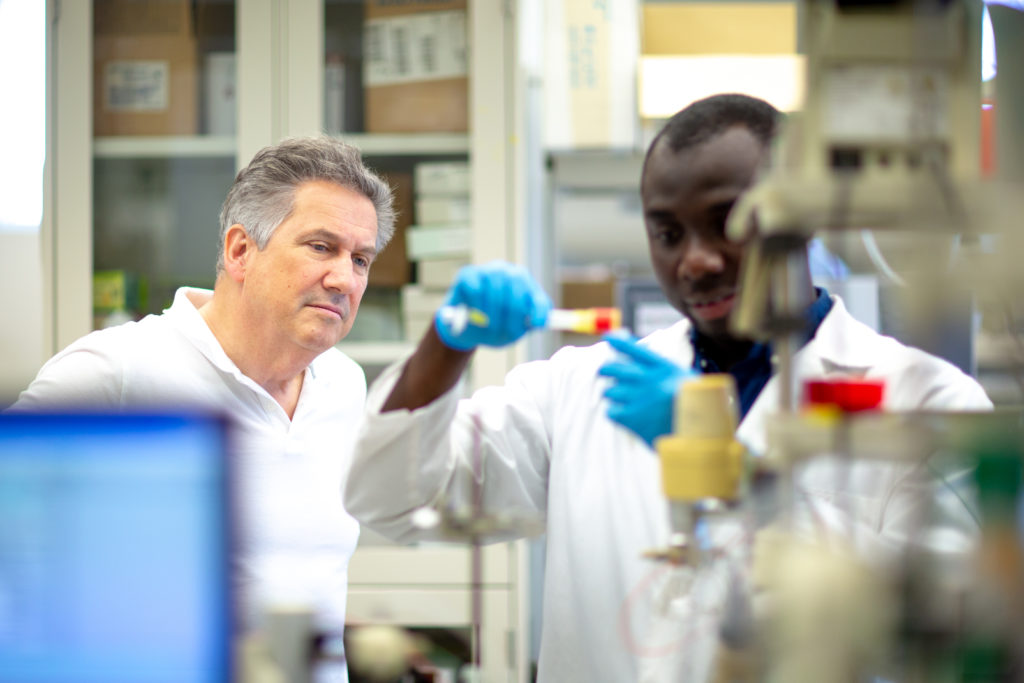 Hamilton Health Sciences and McMaster University are the epicenter of thrombosis research in Canada and the world. Through their ground breaking discoveries, our experts have set the global standards for the prevention and treatment of thrombosis, a common threat that causes one in six deaths worldwide.

Setting the standard for treatment

Thrombosis – or the “bad” kind of blood clotting – causes heart attack and stroke. Our scientists lead many important global projects that have set the standard on how and which drugs are most effective in preventing thrombosis-related issues in those at risk.

People with atrial fibrillation (AF), a common heart rhythm disorder, are especially susceptible to blood clotting and often live with the fear of stroke looming over their heads. In the past, a drug called warfarin was used to reduce the risk of blood clots and stroke in people with AF. But, Dr. Stuart Connolly and his colleagues have proven that the new, blood-thinning drugs are safer and far more effective, meaning those with AF can live with a lower risk of stroke and greater peace of mind.

People who have had a heart attack, stroke or arterial disease share the concern of blood clotting and the complications it brings. Dr. Salim Yusuf (pictured, p. 3), Dr. John Eikelboom and their colleagues have led the charge on a series of studies that have proven that combinations of certain drugs with aspirin, commonly used to prevent blood clotting, are more effective in preventing clotting-related issues than aspirin alone. Their findings can change how we treat these patients in Canada as well as in other parts of the world. Ultimately, fewer lives lost to the very real threat of thrombosis-related disease.

Our scientists have pioneered discoveries that have made thrombosis care safer and more effective. So effective, that many patients can now benefit from receiving treatment from home instead of a hospital bed.

Previously, those with venous thromboembolism (VTE) – a blood clotting disease affecting the veins – required specialized treatment in hospital to help keep potential problems like stroke and heart attack at bay. But, Dr. Jeffrey Weitz and his team have focused on advancing treatment of VTE so that, in most cases, the disease can be safely managed at home using medication. For hospitals, it means more room to care for the patients who really need it, and for those with VTE, it means a better quality of life.

Hamilton Health Sciences | @HamHealthSci - January 25
So true - social workers are valued members of the HHS team. We will share your thanks with Maggie. twitter.com/joshbondjr/sta…

Hamilton Health Sciences | @HamHealthSci - January 24
Raise your hand if you like reading feel-good stories! ✋ Brighten up your inbox by subscribing to our Share newslet… twitter.com/i/web/status/1…
Ways to Give