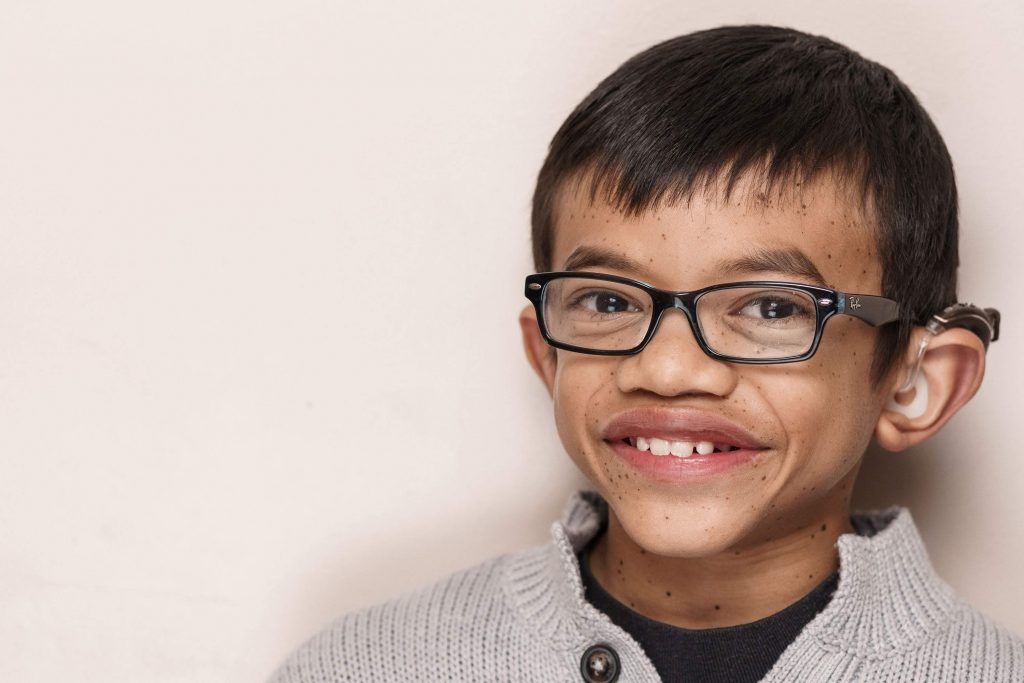 Mattis was diagnosed with level 1 autism spectrum disorder (ASD), attention deficit hyperactivity disorder (ADHD) and oppositional defiant disorder (ODD). The teams at Ron Joyce Children’s Health Centre work with him to develop his social skills and confidence. He is sharing his story as a 2021 MacKids Walk & Wheel Patient Ambassador.
Stories

Learning and living with autism

All parents want their children to thrive. For Cécile and Arsenio from Mount Hope, seeing their son achieve his full potential put them on a journey full of unexpected challenges.

“Mattis struggled to interact with others,” explains Cécile. “Then we realized he was barely writing at school. We knew he could do it, but he just refused. On top of that, his walking wasn’t well coordinated and he wasn’t growing as quickly as his peers physically.”

Cécile and Arsenio became worried that these symptoms were caused by something more serious, so they booked assessments for Mattis at McMaster Children’s Hospital’s (MCH) Ron Joyce Children’s Health Centre (RJCHC).

Mattis always had challenges with social interactions. An occupational therapist worked with him to develop social skills and confidence, and they also addressed family discipline to help reduce conflict in his life.

“Anxiety and emotional regulation were major challenges for Mattis,” says Cécile. “As a parent, it was difficult to watch him struggle emotionally. The occupational therapist involved him with different groups of peers, including a cooking class, which were very helpful in enabling him to socialize appropriately with other children his age.”

“It’s been wonderful to watch our son shine and live life to its fullest.”

At the same time, Mattis was seen by the endocrinology clinic at MCH where the team treated Mattis with hormone therapy to support his physical growth into adolescence and beyond.

Originally, Mattis actively resisted taking needles for his hormone treatment, but he soon learned to administer his own shots and follow the directions of health care providers to overcome his fear.

“The teams at Hamilton Health Sciences (HHS) make a major difference in Mattis’ life,” says Cécile. “We still use the services of the Children’s Developmental Rehabilitation Program and the Autism Program, which help him develop valuable skills to control his emotions and socialize more comfortably.”

Now 14 years old, Mattis is doing well in school and making new friends. He loves to speak with peers and adults about his passion for science and engineering.

“We are grateful for the care we’ve received as a family. Thanks to the help of many different specialists from HHS, Mattis continues to grow and develop with each passing day. It’s been wonderful to watch our son shine and live life to its fullest.”

Mattis is sharing his story as a 2021 MacKids Walk & Wheel Patient Ambassador. Register for the event today!