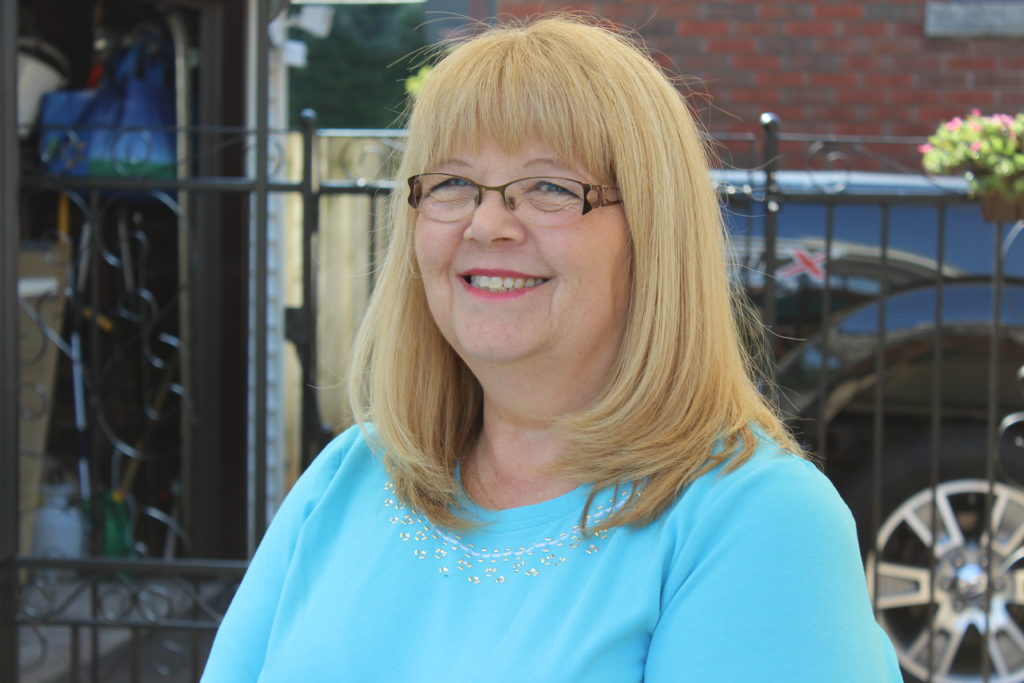 For Lori St. Onge of Niagara Falls, winter 2015 had more than enough excitement already. On top of the hustle and bustle of the holiday season, she had just become a grandmother and was looking forward to spending time with her new grandson. Then her chest pains began.

“They couldn’t find what was causing the pain at my local hospital,” recalls Lori. “Then I went to my cardiologist, who did an echocardiogram. That’s when they found my aortic aneurysm.”

An aortic aneurysm is the weakening of the walls in the aorta, which is the body’s main artery. The aortic wall bulges and can burst if untreated, causing serious internal bleeding and possible death.

“My heart dropped when I heard the diagnosis,” says Lori. “I was afraid that I wouldn’t get to see my grandson grow up. My father and grandfather had both died of aneurysms.”

Lori was referred to Hamilton General Hospital (HGH) for a consultation with cardiac surgeon Dr. Dominic Parry on November 18. Coincidentally, it was the anniversary of her father’s passing. It was decided that surgery was the best option for treatment, as they did not want to risk having the aneurysm cause a tear in the aortic wall.

“My aorta might have ruptured. It wouldn’t have been a good ending for me!”

Forced to put her busy holiday plans aside to focus on her health, Lori underwent surgery on December 16, having the diseased portion of her aorta removed and replaced with a graft. She spent five days at HGH recovering, which allowed her to bond with the “fabulous” nurses.

“The care I received was fantastic. The nurses encouraged me to get up and move as much as I could. They’d cheer me on when they saw me coming down the hall and they were always there whenever I needed them.”

Lori shudders to think about what might have happened if she didn’t have the surgery. “My aorta might have ruptured. It wouldn’t have been a good ending for me!”

After being discharged, Lori was happy to be home so she could enjoy the rest of the holiday season with her family. More than ever, Lori is grateful for the expertise and outstanding patient care available at HGH.