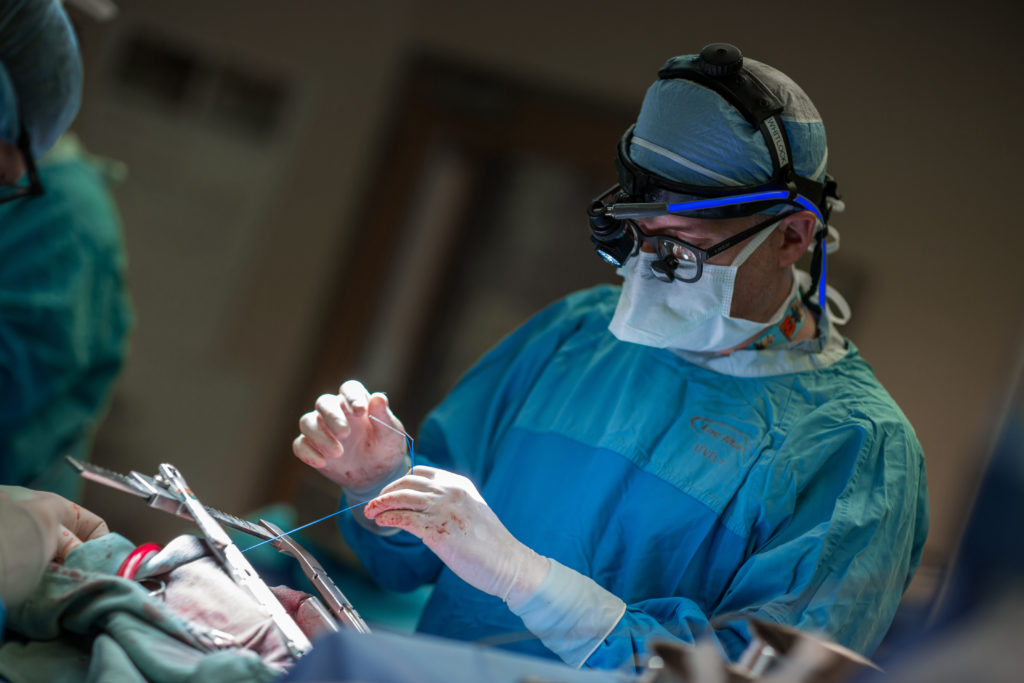 The last one hundred years have seen life-saving advancements in surgery. Still, it’s not without its risks. Our researchers are leading a new wave of exploration aimed at making surgery safer for people around the globe.

As simple as a blood test

Surgery is stressful on our body. The heart is susceptible to strain from surgery and can suffer damage as a result. This damage can give way to bigger problems like stroke, heart attack, blood clots, and even death. Dr. P.J. Devereaux and his team at Hamilton Health Sciences’ and McMaster University’s Population Health Research Institute (PHRI) have found that many of these complications are symptomless and go undetected by patients and doctors alike. But, they can surface down the line as serious health issues.

In a groundbreaking study, the team discovered that a simple, quick and inexpensive blood test can detect damage to the heart caused by surgery, triggering doctors to take action to prevent bigger problems. They were also the first to find that a blood thinner can help to prevent some of these problems, a discovery that could benefit millions of people each year.

Bridging the gap between hospital and home

Can technology help patients recover better after surgery? Dr. Mike McGillion and his team at PHRI and the McMaster University School of Nursing are testing a novel technology by Phillips Healthcare that wirelessly monitors a patient’s vital signs after an operation, and for one month after they leave hospital. If an abnormality is detected, the hospital team is alerted to check in on the patient. It’s a leading-edge example of a not so far-off future where technology bridges the gap between the hospital and home.

What do broken hips and heart attacks have in common? Like a heart attack, a hip fracture is a medical emergency but has not been considered as one until now. A hip fracture puts a lot of stress on the body, creating the potential for a number of life-threatening issues. Yet, these patients aren’t treated with the same level of urgency as other emergencies and often have to wait several days for surgery.

Dr. Mohit Bhandari and his team at PHRI are testing the theory that hip fracture patients who receive surgery quickly – within 24 hours of their fracture – have a better recovery and experience fewer issues. It also means patients spend less time in hospital, reducing health care costs and making room for more patients to receive the care they need, sooner.