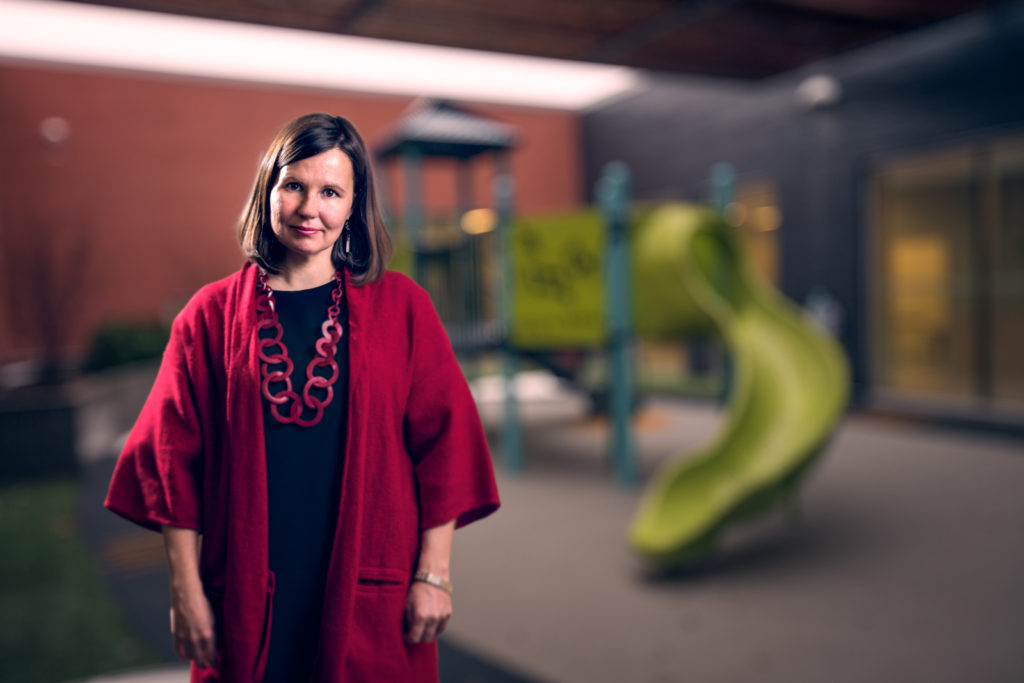 In 2015 Sonja Baker’s family grew from three to five when she gave birth to twin girls. Even as newborns the twins, August and Violet, had very different personalities, but both were outgoing, happy little girls.

“Of course all three of our girls have their own unique personalities, but it’s amazing how much you see the differences with the twins,” says Sonja.

But, when the twins approached age two, Sonja became concerned about some of the differences between them. Violet was cooperative, easy going and learning quickly, while August started to become less vocal and have more temper tantrums.

“When you have two that are going in opposite directions,” says Sonja. “It can be challenging to figure out how to get both to respond positively. I was starting to feel like I needed some help.”

“As healthcare professionals, can we influence kids towards a more positive path in development to set them up for success as early as we can.”

That’s when Sonja learned about a research study in Hamilton called “Making the Race Fair”. The study is exploring whether a program called the Family Check-Up can help decrease challenging behaviours and emotions in young children. The Family Check-Up program has proven to be successful in the United States, and this is the first time it’s being tested in Canada.

“Sometimes challenging behaviours can lead to greater problems as children get older,” says Dr. Terry Bennett, child psychiatrist at Hamilton Health Sciences and lead investigator of the study. “The idea of ‘Making the Race Fair’ comes from the concept that, as healthcare professionals, can we influence kids towards a more positive path in development to set them up for success as early as we can.”

Dr. Terry Bennett and her team at the Offord Centre for Child Studies of McMaster Children’s Hospital and McMaster University, have set out to enroll 280 families like Sonja’s who have kids between the age of two and four and are struggling “beyond the terrible two’s”. The Family Check-Up program works with parents on setting family goals and developing the path to achieve them. The study team follows up with families at 6 and 12 months to gauge their progress.

“Ultimately, we hope to follow the participants longer to see if early intervention benefits the kids well into their school age years,” says Dr. Bennett. “We know that early parenting practices influence kids’ ability to learn emotional self-regulation. If we’ve been able to assist in this area by the time they’re entering kindergarten, it should have spillover effects as they progress in to their youth.”

Any parent will agree that some days are more challenging than others. Dr. Bennett and her team hope that their work will help those kids who struggle more than others to be able to flourish just the same.

“Even if I have to guide my girls differently, I want to ensure they have the same opportunities in life,” says Sonja. “I want to see them grow up together as equals, as best friends.”