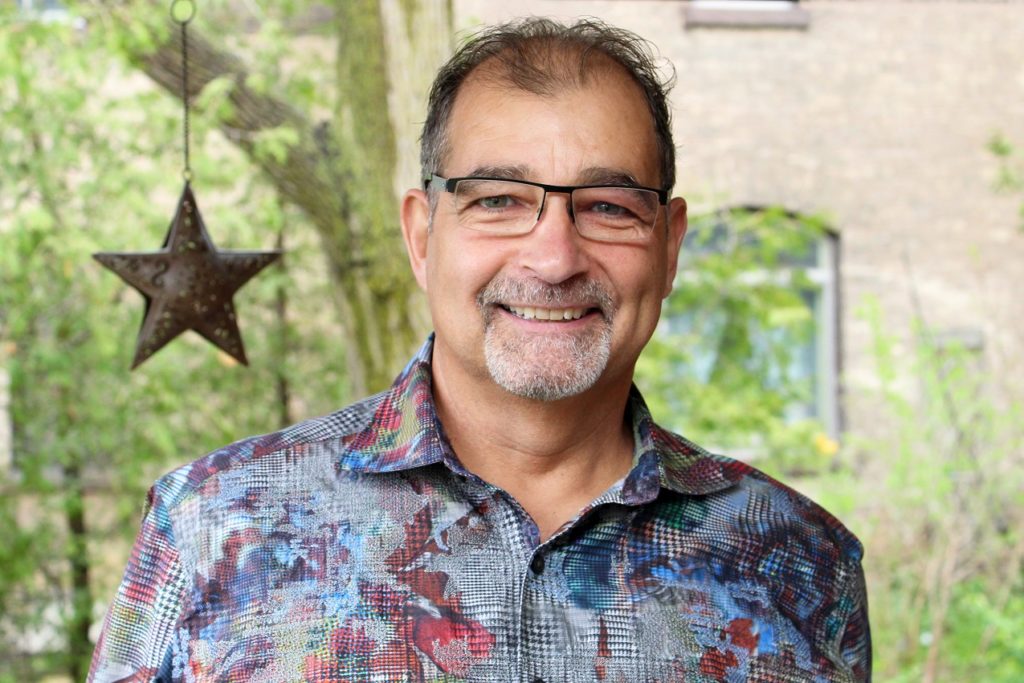 “I had a matter of months to live”

“I noticed an unusual lump on my leg in 2009,” recalls Syl Corsini of Lynden. “I went to the local hospital for scans and a biopsy. That’s when I was diagnosed with lymphoma.”

Syl was referred to Juravinski Hospital and Cancer Centre (JHCC), where testing revealed his lymphoma to be a slow-growing form of cancer. His condition was monitored over the following months as the cancer slowly progressed.

“Symptoms began to hit with a vengeance in 2010,” says Syl. “I started feeling ill and I experienced terrible night sweats and swelling.”

“For ten years, I was living with the reality of death right around the corner.”

Syl began to experience severe pain in his lower back a few months later. Scans showed that the cancer had spread into his spine and tumours were growing throughout his body.

“My doctor explained that I was out of treatment options and had a matter of months to live,” says Syl. “Determined to make the most out of every day, I asked my partner Heather to marry me. We organized our wedding in two weeks and we tied the knot in December 2015.”

By January, the pain was worse than ever and Syl accepted his fate.

“I was preparing to die. Then the team at JHCC told me about a new clinical trial. I felt very lucky when I was invited to participate in this research study.”

A miracle of modern medicine

“Everyone was surprised by how quickly I responded to the trial,” recalls Syl. “My tumours were shrinking within days. The pain disappeared and my strength returned. When I had my follow-up scans, they showed no signs of cancer activity. I’m cancer-free to this day.”

Syl is still amazed at how his life took such an unexpected turn.

“For ten years, I was living with the reality of death right around the corner. Thanks to the care I received, I am truly living for today and tomorrow.”