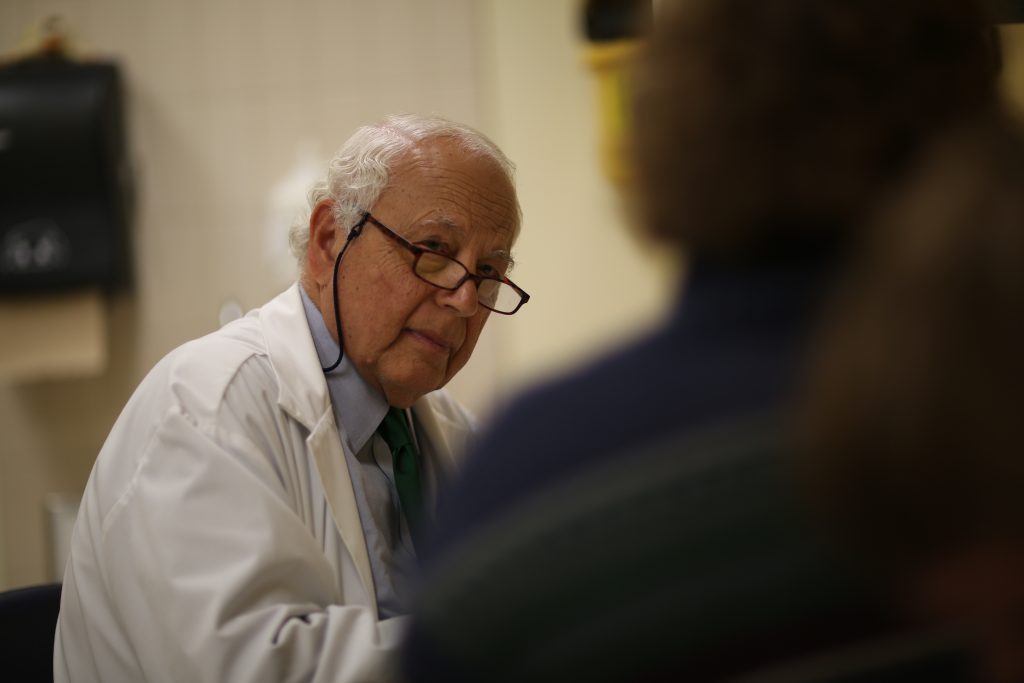 Our team is remembering the life and legacy of Dr. Peter Dent after his passing in September 2021.

A pediatrician who is the founder of McMaster Children’s Hospital (MCH) and a professor emeritus of McMaster University, with a legacy of improving health care for the past 50 years, has been named to the Order of Canada.

Dr. Peter Dent was announced as a member of Canada’s highest civilian honour in the appointments today by the Governor General of Canada, David Johnston, on the eve of the 150th anniversary of Confederation.

“Peter Dent has had a substantial positive impact on healthcare, both in Hamilton and far beyond, in so many ways during his long career as a researcher, clinician, administrator,” said Dr. Paul O’Byrne, dean and vice-president of the Faculty of Health Sciences at McMaster University. “This honour is well-deserved.”

“Dr. Dent has made an immense impact on the health of children in our community,” said Dr. Peter Fitzgerald, president, MCH.

“His founding vision for McMaster Children’s Hospital to be a centre of excellence for kids’ health care continues to thrive in each one of us who work here every day, in the thousands of patients and families who have received care, and in the generations to come.”

A pediatrician with training in rheumatology and immunology, Dent joined McMaster’s fledgling medical school in 1967 as a research scientist in immunology. The research team was notable for its international impact in a then relatively undeveloped field, and Dent created Canada’s first multidisciplinary program in immunology and virology.

“I’ll accept this award on behalf of all the people who have worked hard for the children of our community and beyond.”

As the chair of McMaster’s Department of Pediatrics from 1980 to 1990, he founded what is now known as McMaster Children’s Hospital. He also spearheaded the development of Hamilton’s Ronald McDonald House for the families of sick children in the hospital.

He held several senior hospital appointments as vice-president (medicine) for Chedoke McMaster Hospitals as well as director of research for Hamilton Health Sciences from 1990 to 1997.

After becoming professor emeritus in 1996, he became the associate dean, clinical services for the Faculty of Health Sciences from 2002 to 2012, and he was instrumental in negotiating with the Ontario Ministry of Health and Long Term Care for a new way of funding academic physicians.

During that time he remained active as a clinician at McMaster Children’s Hospital in the care of children with rheumatologic and immune deficiency diseases. He retired as head of pediatric rheumatology at McMaster in 2015.

Peter Dent said he is honoured by the award.

“I’ll accept this award on behalf of all the people who have worked hard for the children of our community and beyond; those who have helped me achieve these accomplishments during my career.”

Dr. John Kelton, a professor of medicine and former dean and vice-president of McMaster’s Faculty of Health Sciences, added: “Dr. Dent is a remarkable role model, not only for this clinical work, but also as a leader, volunteer and advocate for improving child and youth health in the community.

“He has been a constant source of wisdom for me and generations of pediatricians and health-care leaders.”