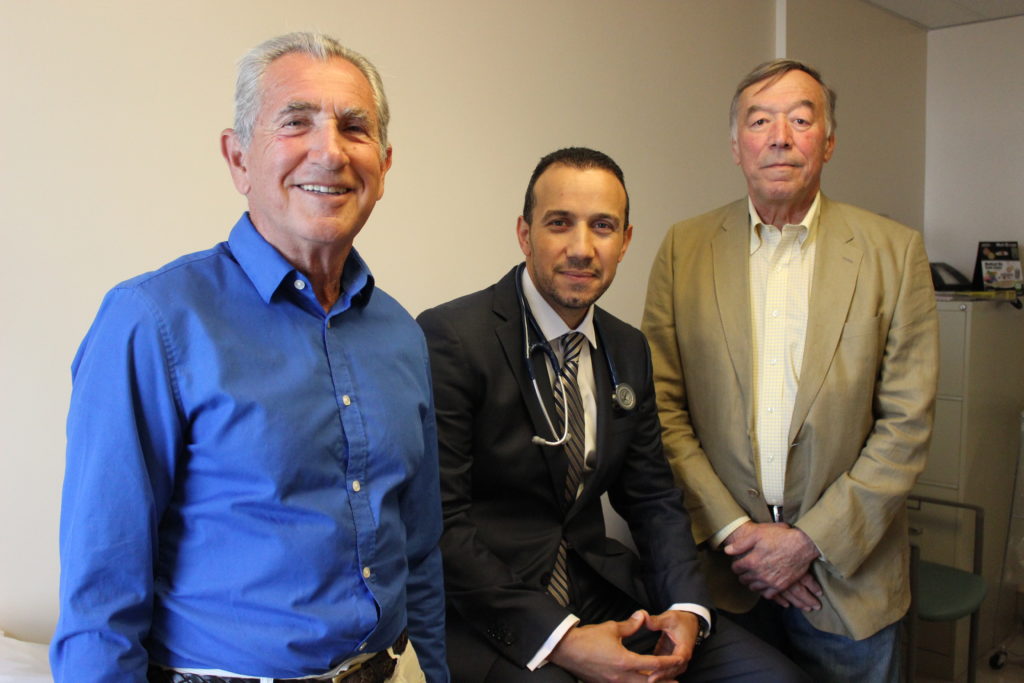 Hamilton General Hospital (HGH) is one of only three sites in Canada that currently performs mini-aortic valve replacement (mini-AVR) surgery, an innovation with the potential to transform lives.

Aortic stenosis, commonly known as the narrowing of the aortic valve, is one of the most common and most serious heart valve diseases, as it increasingly reduces the flow of blood out of the heart to the rest of the body.

Mini-AVR offers hope for some patients who might require valve replacement surgery.

Patients such as Joe deTuba, who was exercising at the gym when his heart rate spiked. After being transported to the local hospital, it was determined that Joe had suffered a heart attack. He was in urgent need of an angioplasty and was transported to HGH.

Four days after the procedure, Joe was sleeping in his own bed.

Test results showed that Joe suffered from congenital bicuspid aortic valve, a condition in which his aortic valve was made of only two leaflets and not the normal three. This condition made him more prone to aortic stenosis, something that was diagnosed while at HGH. As a result, Joe needed a new aortic valve.

After consulting with Dr. Adel Dyub, Joe was fortunate to be a candidate for a mini-AVR. Four days after the procedure, Joe was sleeping in his own bed, and a week later he was back to driving. The scar is barely visible and is mere centimetres long.

Barry Goldman also suffered from a congenital bicuspid aortic valve, which had been diagnosed previously and was being monitored. When he started to experience shortness of breath and a loss of stamina, he knew it was time to see his cardiologist. A few days later he was under the care of Dr. Dyub at HGH.

“Twenty-five years ago this operation wouldn’t have been possible.”

Barry was fortunate that he met the strict conditions for mini-AVR and underwent the procedure. He was back to work and some exercise within days of the procedure.

“Twenty-five years ago this operation wouldn’t have been possible,” says Barry. “This procedure is scientifically a much better approach and I wouldn’t be alive today without it.”

Both Joe and Barry are thrilled with the results and can’t say enough about care they received at HGH. This innovative procedure and others like it are possible because of the hospital’s world-class clinical cardiac team.

Click here to make a donation to Hamilton General Hospital Foundation and help patients like Barry and Joe.