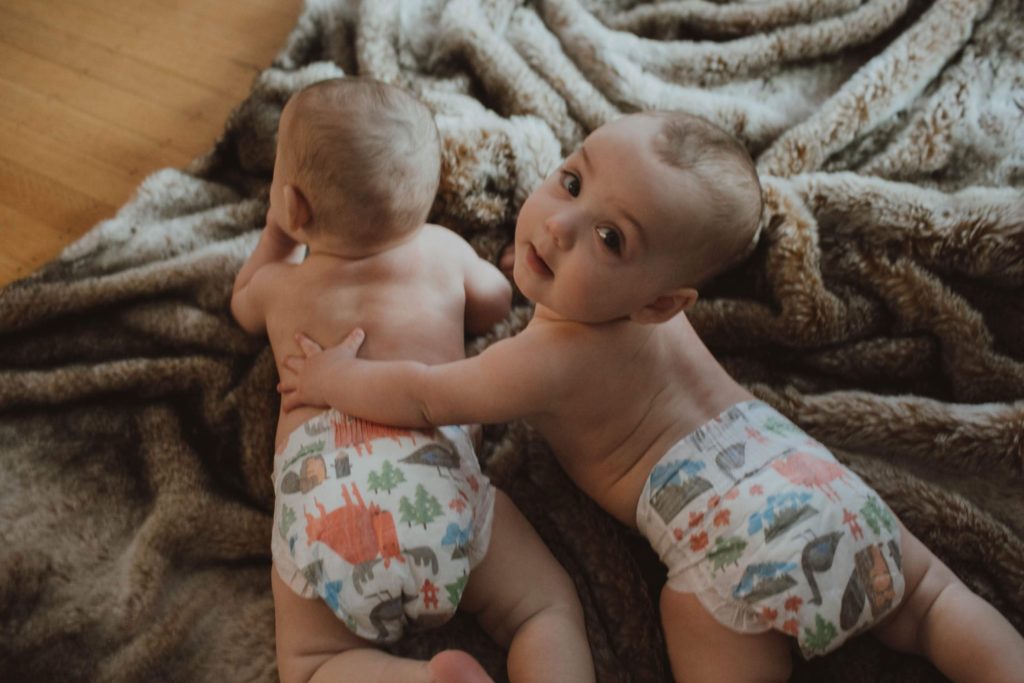 Keilagh was 12 weeks pregnant when she found out she was having twins. A week later, she was told her babies had a 50% chance of making it through the pregnancy. She was having Monoamniotic Monochorionic twins, also known as mono mono twins.

“Mono Mono twins are identical twins that share the same amniotic sac and placenta in utero,” says Elaine Moore, Charge Nurse at McMaster Children’s Hospital (MCH). They develop when an embryo doesn’t split until after the amniotic sac is formed. It’s a rare and high risk pregnancy since the umbilical cords can become entangled and can cut off the babies’ oxygen supply.

“It was stressful at first, there’s a lot of information out there,” says Keilagh Stewart. But as a nurse at St. Joseph’s Healthcare Hamilton, she knew not to listen to the stories online.

“You have to just take it as it comes,” she says “I feel like if you don’t work in healthcare, it’s harder. You’re more likely to listen to all the information online and believe that the worst case scenario is going to happen to you.” Keilagh decided to ignore the internet and adopted a ‘just got with it’ attitude.

“After 23 weeks, mono mono twins have to be monitored every day, twice a day,” says Elaine. The nonstress test is used to monitor the babies’ movement and heartbeat in utero, to make sure they are getting enough oxygen. This test has to be conducted every morning and night until the twins are born and takes at least an hour to complete.

“Keilagh was such a delightful person,” says Elaine, “so enthusiastic, she never complained about how often she had to come in to MAC for monitoring.”

Saying hello to Isla and Rosie Isla and Rosie, were born at 34 weeks, which is the latest that you can carry mono mono twins in the womb. “Luck was on our side, we didn’t have any complications,” remarks Keilagh. “We had such an amazing experience with the MAC Labour and Delivery team, everyone was just so amazing!”

“We really had no complications!”

Keilagh had been planning on getting a photo of the knotted umbilical cords in the delivery room, but when the girls were born she was pleasantly surprised. “There wasn’t even any knots in the cord,” she says happily “we really had no complications! The girls are about as normal as they could have been.”

Now 10 months old and weighing 24 lbs each, Isla and Rosie are still attached at the hip. “They love when people give them attention, they’re really bubbly and outgoing,” Keilagh gushes. The twins are meeting their developmental milestones and were able to go home after just 20 days in the NICU. They haven’t had a problem since. “They’re super happy girls. They have four teeth, they’re really just your average happy babies. Which is great, we weren’t sure we were going to get that.”

“They’re super happy girls. They have four teeth, they’re really just your average happy babies. Which is great, we weren’t sure we were going to get that.”

Keilagh loves sharing photos of her girls on Instagram, “I’ve had quite a few people message me saying that they are pregnant with mono mono twins. It’s crazy how social media has created these communities online of people going through the same experiences.” She reflects on how scary it was at first, “it’s nice to think that you can help others.”

Keilagh advises anyone going through this to just stay positive, and take it one step at a time.