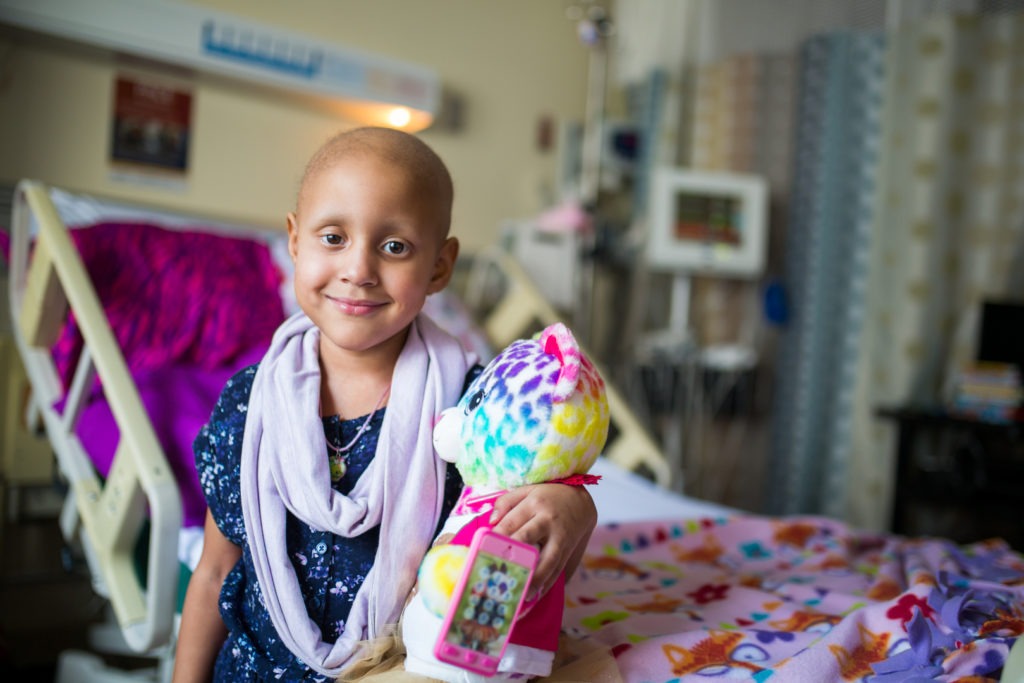 Nine years in the making: McMaster Children’s celebrates new OR

Just five days after a surgery to remove a cancerous tumour in her chest, four-year-old Maliya Lafayette was on her feet, dressed in a pretty spring outfit and anxious to head home to her three siblings and, of course, her Barbies. But before her departure from McMaster Children’s Hospital (MCH), she had one request: to revisit the operating room.

“it means less pain, a, faster recovery, and the ability to go home sooner” Her words were music to the ears of her surgical team who, on the same day, were celebrating the grand opening of a brand new OR, same day surgery (SDS) and post anesthesia care unit (PACU). It’s the first time the surgical department has seen a major renovation since the 1970’s, before the site was a designated children’s hospital. The new spaces – while still providing some surgical care for adult patients – were specifically designed with kids in mind. Maliya was one of the first patients to benefit from the new, state-of-the-art technology and kid-friendly environment. In fact, the success of her procedure was made possible in part by technological enhancements that allowed her surgical team to remove a greater proportion of her tumour using a less invasive technique. “For some patients, it means less pain, a, faster recovery, and the ability to go home sooner,” says Dr. Helene Flageole, chief of pediatric surgery at MCH.

Features of the new spaces include:

DID YOU KNOW? The McMaster Children’s Hospital surgical team will perform more than 4,000 pediatric surgeries this year.

The redevelopment project was nine years in the making and required a multi-phased approach to ensure that the team could maintain “status quo” with minimal impact to patients. A major redevelopment like this is a time intensive, all-hands-on-deck process. But Maliya is a testament to what makes it all worthwhile: a happier, less stressful visit to the operating room and a faster recovery.