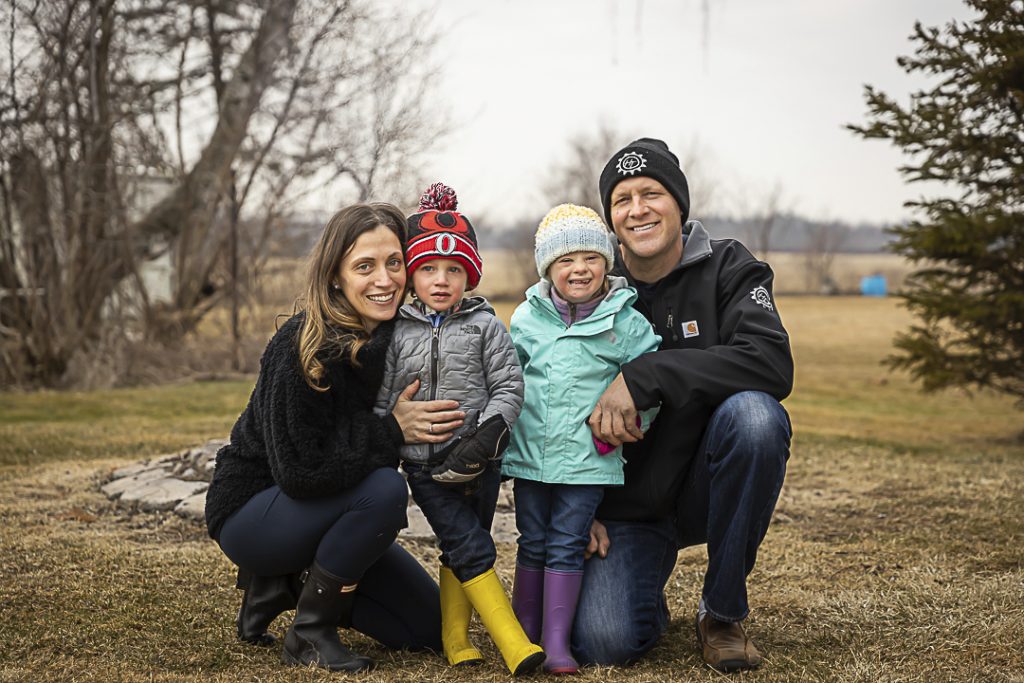 March 21 is World Down Syndrome Day. For people with Down syndrome like four-year-old Anna, developmental services are a crucial part of nurturing their abilities.
Stories

“Extra cup of sweetness” – Nurturing abilities in children with Down syndrome

Four-year-old Anna Mazzocato loves spending time with her parents, her little brother Luca, her Nonna, and her dog Sully. She loves to sing and dance, ride her tricycle, and play with her dollhouse. She enjoys going to preschool with her friends.

Anna also has Down syndrome, but the condition doesn’t define her.

Her mother Gianna Mazzocato says that’s the key to nurturing abilities in people with Down syndrome – to look at the individual first.

“And Anna also happens to have this extra cup of sweetness,” she says.

One in every 781 babies born in Canada has Down syndrome.

World Down Syndrome Day takes place on March 21 annually. When ratified by the United Nations, the date was chosen purposefully: about 95% of people with Down syndrome have “Trisomy 21” which means each cell in the body has three separate copies of chromosome 21 instead of the usual two copies. On this day especially, the contributions of people with Down syndrome are celebrated. 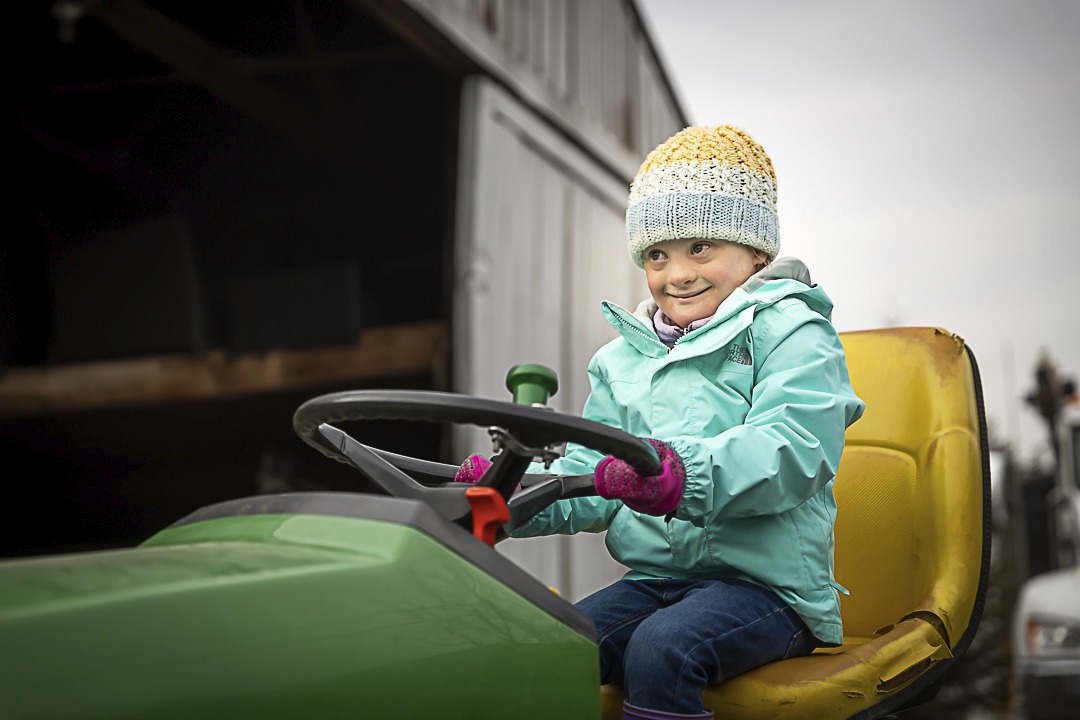 Anna playing on her dad’s tractor.

Like many individuals with Down syndrome, Anna’s medical journey has been complex. She had open heart surgery at six months old at another hospital. Since then, she has been cared for at numerous clinics at McMaster Children’s Hospital (MCH) including feeding and swallowing, endocrinology, ophthalmology, hematology, and ear, nose and throat.

As she grows older, Anna’s family’s focus has been on developmental services at MCH’s Ron Joyce Children’s Health Centre, where she is working hard to reach her milestones.

Services like audiology and speech language therapy have been crucial. “We know youth with Down syndrome have difficulty hearing and speaking. But when they can hear, the sensory gateway for learning to talk opens up,” says Mazzocato. “Anna is fervent. When she wants to get her message across, she has ways of ensuring she is understood, despite communication limits.”

Mazzocato, who sits on the board of directors of the Down Syndrome Association of Hamilton and is also an occupational therapist at MCH, says her family has experienced an amazing continuity of care and services in both medical and developmental pediatrics at the hospital. 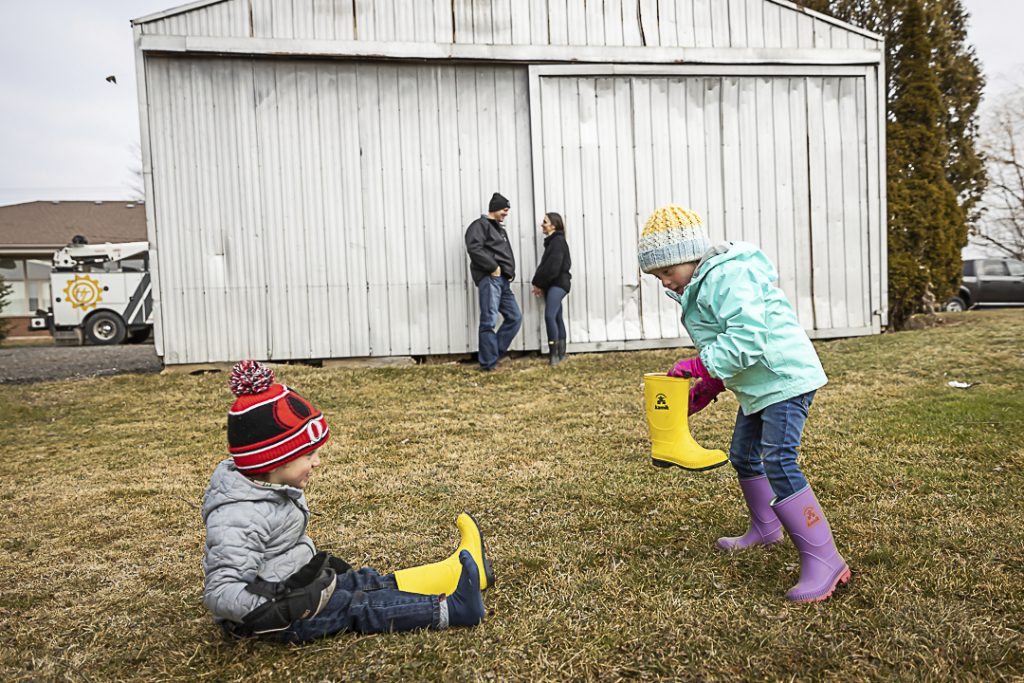 Anna and her younger brother Luca.

A life of love and beauty

Mazzocato remembers the moment in the delivery room when her doctor told her Anna had Down syndrome.

“Dr. O’Toole explained what this may mean for us and her. He highlighted the love and beauty that she brings and emphasized, in a way that was honest, the effort we as her parents – and she – would put forth to accomplish milestones and that she will meet milestones.

That conversation set the stage for the outlook Mazzocato and her husband have been living by.

“Down syndrome is a myriad of opportunity to nurture abilities in a way that you wouldn’t have the opportunity to otherwise,” says Mazzocato. “The ability to nurture Anna to do something may take more effort and complexity, but having that support behind you to have people saying, this is going to happen, it can and it will, has been so empowering.”

“We did it together” 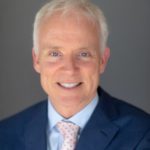 One example of this is Anna’s ability to eat by mouth. After going into heart failure at six weeks old, Anna needed a feeding tube and had a difficult time making the transition to oral feeds.

“Gianna did a lovely job on her own to investigate and find a way that worked, to be direct and advance Anna onto oral feeds,” says Anna’s pediatrician at MCH, Dr. Ramsay MacNay. “She pushed us to develop our expertise in the area. We did it together.”

The perspective that “she can” and “she will” set out by Dr. O’Toole, continued in her care with Dr. MacNay.

“Anna’s parents have been the best advocates for her and have taught us, too, in interesting ways,” says MacNay. “I just see this family flourishing and it’s been a beautiful thing to watch.”