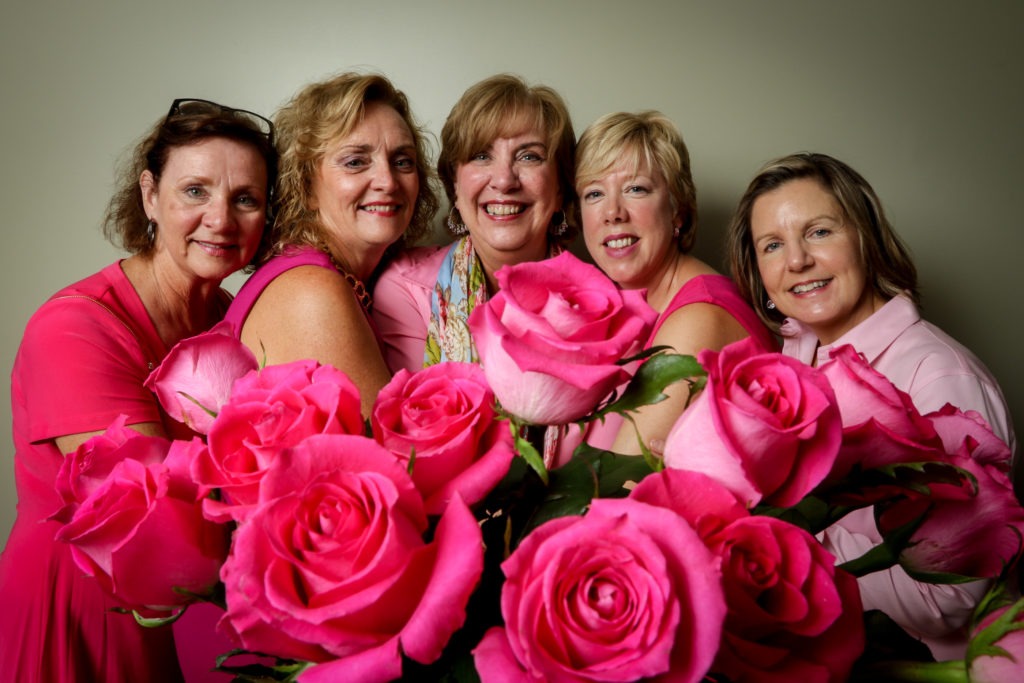 Ladies day out for a mammogram
Stories

OBSP prompt for a mammogram turns into Ladies Day Out

The beginning of a tradition

When Hamilton resident Jo Devlin turned 50, she received a letter in the mail from the Ontario Breast Screening Program (OBSP) inviting her to have a free mammogram every two years as part of her routine medical care.

Before booking her appointment, Devlin asked her circle of female 50-something family and friends to see if they had gone, only to discover that some had either never been screened or were overdue.

“It felt like a rite of passage because we knew we were taking care of ourselves and each other.”

“They had received their letter from the OBSP, but instead of booking their appointments they pushed it aside,” said Devlin. Stragglers included her sister Carrie Mines and their friend Mary Luciani, both of Hamilton, so Devlin suggested they make a fun day of it by going out for lunch followed by mammograms and an afternoon of shopping.

“The first time we went, we all wore pink and took pictures,” said Luciani. “It felt like a rite of passage because we knew we were taking care of ourselves and each other.” Six years later the group has grown to include friends Sheila Flis and Anne Kelly.

The Ontario Breast Screening Program (OBSP) offers free screening to women aged 50 to 74 with no signs of breast cancer. It’s recommended that these women get a mammogram every two years since early detection through mammography can result in significant health benefits including increased treatment options and better survival rates.

Women ages 30 to 69 who are confirmed to be at high risk of getting breast cancer be screened once a year with a mammogram and breast magnetic resonance imaging (MRI).

October is Breast Cancer Awareness Month and the Hamilton Niagara Haldimand Brant Regional Cancer Program, in partnership with Cancer Care Ontario, is inviting eligible women to ‘Just Book It’ by scheduling their mammogram appointment. The average mammogram screening takes just five minutes to book and less than 10 minutes to complete.

This year’s Just Book It campaign focusses on women in their early 50s who are new to mammography, with the goal of increasing their screening participation in the OBSP. Of the 54,735 eligible women in that age group for this region, almost half (46.3 per cent) are overdue for their mammogram or have never been screened.

Luciani’s first mammogram was normal, but her second two years later showed a mass that required deeper investigation at the state-of-the-art CIBC Breast Assessment Centre located at the Juravinski Hospital and Cancer Centre in Hamilton.

This Centre offers comprehensive, multi-disciplinary and leading-edge care in the diagnosis and treatment of breast cancer, while also reducing the need for multiple appointments and minimizing the time spent waiting for test results. It also acts as a regional resource for women at high risk of developing breast cancer.

“Fortunately it was benign,” said Luciani, who had surgery to have the mass removed.

Starting in November, the CIBC Breast Assessment Centre will begin offering routine screening. OBSP clients can now have routine breast screening done at one of the most advanced assessment centres of its kind in Canada. Breast cancer is the most common cancer in Canadian women, with one in nine women expected to be diagnosed in their lifetime.

“Breast cancers can be detected through screening mammography when they are smaller, with a better chance of being treated successfully.”

“We want women to enter the OBSP as soon as they’re eligible and continue with the program as part of their routine medical care,” says Dr. Terry Minuk, the Hamilton Niagara Haldimand Brant Regional Radiology Lead for the OBSP as well as Associate Clinical Professor of Radiology and Breast Imaging Lead for Hamilton Health Sciences.

“Breast cancer occurs most frequently in women 50 to 74 years of age, so now is the time for women on the younger end of this age range, from 50 to 54, to start booking their regular mammograms,” says Dr. Minuk “Mammograms are still the best and most reliable way to detect breast cancer early on. Breast cancers can be detected through screening mammography when they are smaller, with a better chance of being treated successfully.”

Eligible women can schedule their mammogram appointments at any OBSP location or by calling 1-800-668-9304.

OBSP also screens women ages 30 to 69 years who are identified as being at high risk for breast cancer. Starting at age 30, women who may be at high risk (only one per cent of the population) can be referred by their healthcare provider to determine their eligibility to participate in Ontario’s High Risk Breast Screening Program based on their family or medical history.