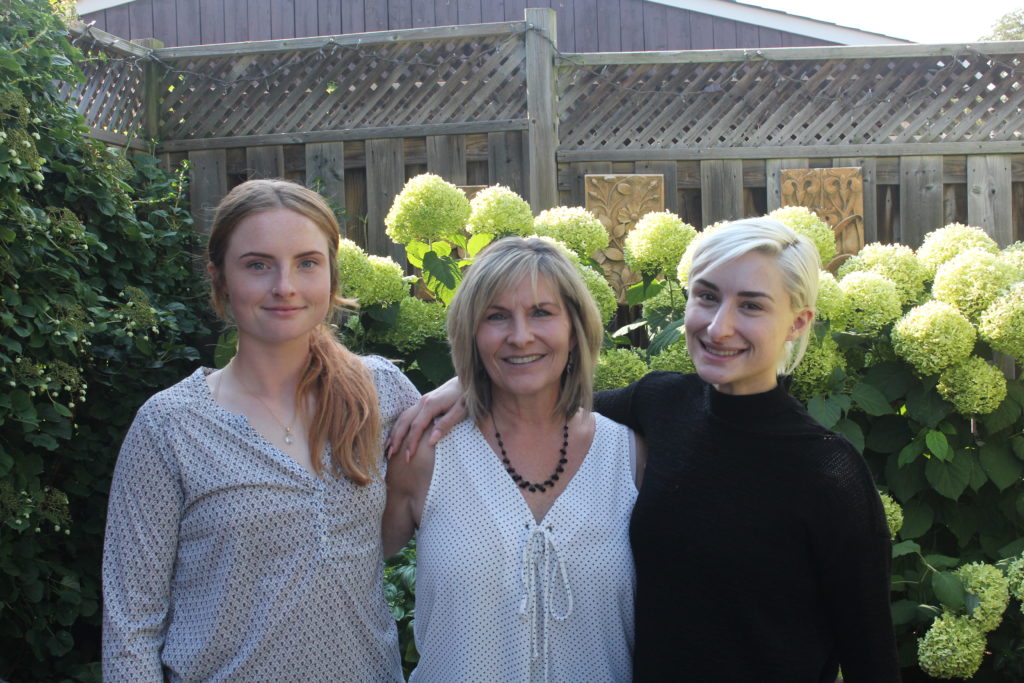 All in the family: ovarian cancer prevention

Victoria Stevenson inherited her mother Valerie’s bright blue eyes. Older sister Rachel got her mom’s blonde hair and fair complexion. But after learning that their mom tested positive for a BRCA2 gene mutation and went on to develop ovarian cancer, the Burlington sisters are questioning what else they may have inherited from their family’s maternal side.

Valerie learned from a cousin four years ago that the gene mutation was in her family. She had genetic counselling and testing at the Juravinski Cancer Centre (JCC) and discovered she was positive.

“It’s been a very difficult journey emotionally, especially when I consider what this may mean for my daughters.”

“That’s when my world changed,” said Valerie, who opted to have her ovaries and fallopian tubes removed. The surgery was meant to be preventative, but the pathology report revealed ovarian cancer. It meant a full hysterectomy where more cancer was discovered, followed by six rounds of chemotherapy. Valerie recently had a double mastectomy to reduce her risk of breast cancer.

The JCC offers genetic counselling and testing to help people with a close family history of cancer understand their risk. Patients who test positive for BRCA1 or BRCA2 mutation have the opportunity to consider risk-reducing surgery. Rachel, 24, has an appointment for genetic testing. Victoria, 22, plans to book.

“Genetic testing will offer the answers they need to plan future healthcare decisions,” said JCC genetic counsellor Lorrie Lynch. “For example, if one or both sisters test positive, they may decide to someday have their fallopian tubes and ovaries removed since this can reduce the risk of ovarian cancer by more than 80 per cent.”

“It’s been a very difficult journey emotionally, especially when I consider what this may mean for my daughters,” says Valerie. “But I also see genetic counselling, testing and surgery as a blessing. It caught my cancer long before I would have, and has allowed my daughters to be proactive.”