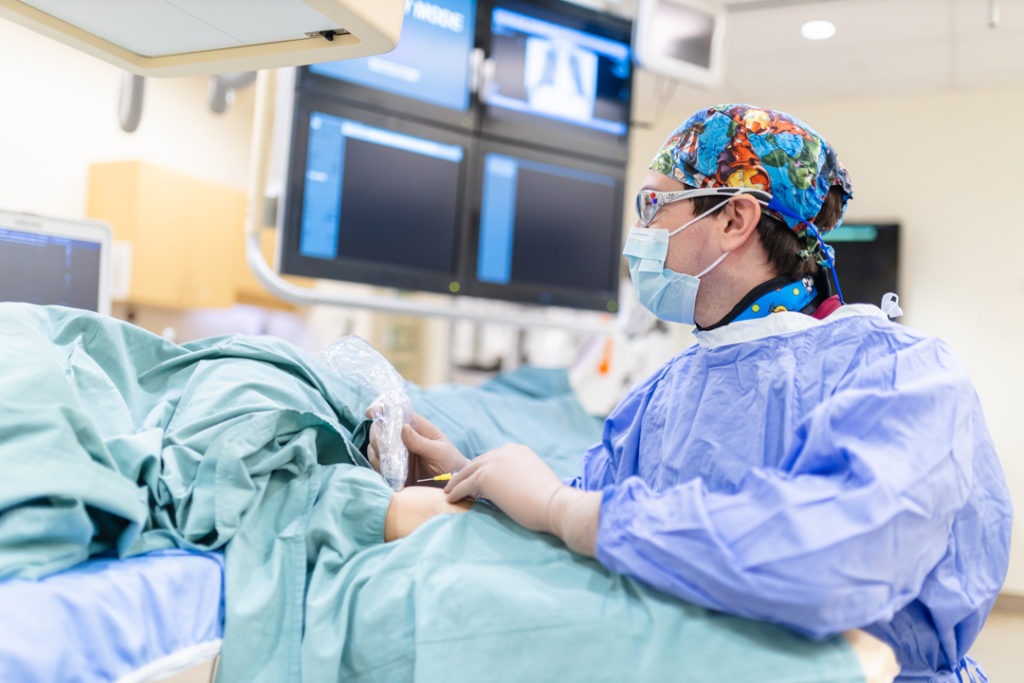 When Zaid was six weeks old, he was admitted to McMaster Children’s Hospital (MCH) with meningitis, inflammation of the protective lining surrounding the brain and spinal cord. He received intravenous (IV) antibiotics in the hospital for 11 days before continuing treatment at home. Travelling back and forth to MCH from their home in Oakville was hard on mom and dad, who also had a 4, 7, and 9 year old to care for.

“After a while, it gets stressful and you just want to be back to your family,” said dad Hassan. He and mom Rafia would have breakfast together at Ronald McDonald House as they switched shifts. Either mom or dad stayed with Zaid in the hospital at all times.

Once Zaid was medically stable, he was able to continue his medication at home, thanks to an advancement in the types of catheters used to deliver IV therapy to children at MCH.

A PICC Line (Peripherally Inserted Central Catheter) is used when a patient requires an IV longer term, because it’s more stable. For kids, it’s harder to keep those little IVs in their small veins. They may trip on the line, get it caught on something, or accidentally remove it while being active or when having their dressing changed. These all mean a return visit to the hospital so it can be reinserted. The child may also need to be put to sleep for the procedure.

The Pediatric Interventional Radiology Service at MCH is now inserting a new type of PICC catheter that has a cuff attached. This cuff is placed just under the skin when the line is inserted. This helps make the line more secure which means the risk of the line moving out of position is lower.

Dr. John Donnellan, pediatric interventional radiologist at MCH, introduced these lines to children in January 2019. Zaid was one of the first patients at MCH to have a cuffed PICC Line inserted. Dr. Donnellan’s expertise performing minimally invasive procedures on our youngest patients allowed more children the opportunity to continue treatment at home.

“Having a stable IV is a cornerstone of modern treatment plans for almost all patients,” says Dr. Donnellan. “Previously, accidental dislodgments meant that some of our smallest and sickest patients were having to have multiple procedures or attempts at getting IVs. By introducing these lines we are providing the best possible care to our patients, reducing the number of IV pokes they need and making their journey through hospital that little bit easier.”

A major improvement for babies and infants

With the new catheter, the trauma and ordeal of trying to find veins to re-poke after a line accidentally comes out can be avoided. But, because this line is so secure, it requires a hospital visit (and some freezing around the area) to remove it. The catheter also reduces the risk of infection because it doesn’t move in and out. Since a large portion of the care can be provided outside of the hospital, the overall cost is also lower.

Before this, families with young children were required to stay in the hospital for the duration of their IV therapy, which could last weeks — in Zaid’s case, therapy lasted 9 weeks. Zaid was able to receive the majority of his treatment in the best place possible: at home with the attention of a home nurse visiting daily, and a stable family routine.

“The fact that they could send us back home was amazing,” says Rafia. “It worked out really well for us.”