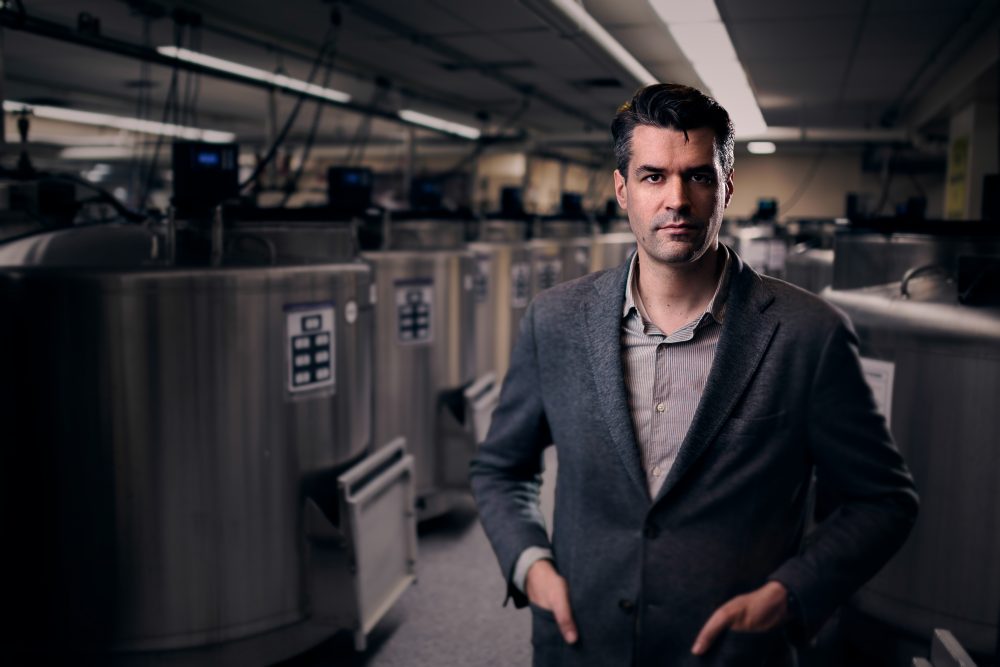 Researchers in Hamilton have developed a genetic test that is five times more accurate than the current standard method in predicting early coronary artery disease (CAD) in young adults.

“This has the potential to save lives,” says principal author Dr. Guillaume Paré. “The more we understand about a person’s risk for early CAD, the better we can help prevent complications – like heart attack – for these patients and their family members.”

Until now, the only way to determine a person’s risk of developing early CAD is to test for a rare genetic defect that is known to be a factor in some cases. However, Paré and his team at the Population Health Research Institute of Hamilton Health Sciences (HHS) and McMaster University have discovered that, by testing for multiple genetic variations, they’re able to predict early CAD in five times as many patients than the current test.

Many patients with early-onset heart disease don’t have the single genetic defect measured by the standard test.

Heart disease is the leading cause of death globally. The most common form is coronary artery disease, which occurs when the blood vessels to the heart narrow or harden. Most people can decrease their risk by not smoking, being physically active, maintaining a healthy diet and body weight, and controlling cholesterol, blood pressure and blood sugar.

“We believed that the rare mutation couldn’t be the only way that someone becomes susceptible to early CAD,” says Paré, medical biochemist at HHS and associate professor of medicine at McMaster University. “What we found is that there are actually several genetic differences which, combined, can significantly increase a person’s risk, even more so than the single gene mutation.”

Paré and his team at PHRI, along with researchers at Laval University in Quebec City, Quebec, developed the multi-gene – or “polygenic” – risk score based on 182 genetic differences related to CAD.

“There are actually several genetic differences which, combined, can significantly increase a person’s risk, even more so than the single gene mutation.”

Study participants included 30 patients from the heart clinic at Hamilton General Hospital, and 96 patients with early-onset heart disease enrolled in the UK Biobank study, a large study in the United Kingdom looking at the relationship between genetics, the environment and disease. As controls, the study also included 111,283 UK Biobank participants without early-onset heart disease. The report may be found here.

The study was funded by the Canadian Institutes of Health Research, a Canada Research Chair in Genetic and Molecular Epidemiology and a CISCO Professorship in Integrated Health Biosystems.