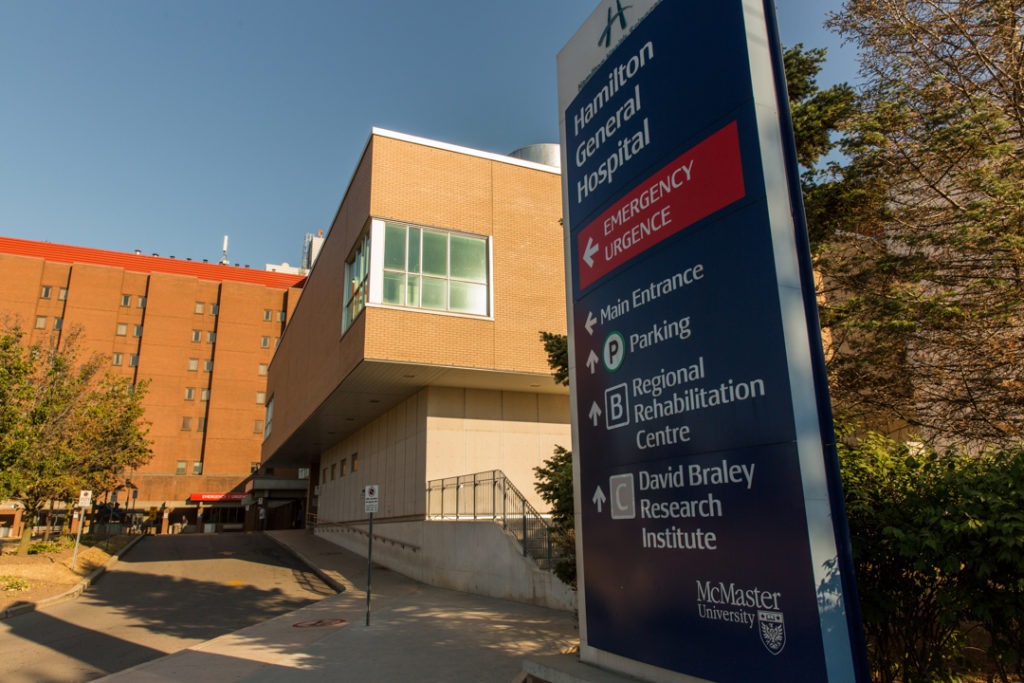 A standout in the province

The RACE Team began in 2006 as part of an Ontario-wide strategy to pilot Critical Care Response Teams in 20 hospitals across the province. HGH decided to take a unique approach and added a respiratory therapist to its team in addition to a registered nurse and Intensive Care Unit (ICU) doctor. Within six months, the team had expanded to provide 24/7 support to units throughout the hospital. It now has 30 members who rotate through shifts on teams of three.

“A RACE team makes accessible the skillset of an ICU to patients outside of an ICU.”

One of the team’s primary roles is to be on-call for units when one of their patients needs intensive care. “A RACE team makes accessible the skillset of an ICU to patients outside of an ICU,” says Gloria Elton, clinical manager of HGH’s RACE team. “It breaks down walls.”

When a patient is becoming less responsive or showing other signs of worsening, the RACE Team is called into action. They can help to assess the patient’s condition, order further testing, and give them medication. By intervening early, the RACE Team has caught brain bleeds, severe sepsis, and cases where patients weren’t responding to antibiotics in time to save a life. The original members of Hamilton General Hospital’s RACE Team in 2006.

In the ten years since the RACE Team was formed, it has developed into an integral part of critical care at HGH. “I think over the years it has really progressed into a team that’s a first line call for the staff on the floor,” says Stephanie Rotella, a respiratory therapist who has been part of the RACE team for five years. “They feel really comfortable reaching out to us.”

“They know that there’s always someone to help them when they need an extra set of hands or additional knowledge,” adds Chris Misner, a founding member of the RACE Team and current nurse lead.

“We now see well over 100 consults per month for new RACE Team activations.”

With the introduction of the Hamilton Early Warning Score (HEWS) in 2015, the RACE team’s role grew. HEWS is a combination of vital signs and other factors with assigned scores that predict when a patient is at risk of a medical emergency. A certain score prompts a call to the RACE Team so they can try to intervene before a patient gets worse. In the near future, a patient’s HEWS score will be communicated directly to the RACE Team through a wireless hand-held device, thus prompting a RACE Team visit.

“We now see well over 100 consults per month for new RACE Team activations,” says Dr. Craig Ainsworth, physician lead for the RACE Team. “We also see at least as many follow ups. Follow up of patients recently discharged from the ICU remains a vitally important part of our job so we can help patients transition from the ICU to the wards or step down units.”

HGH’s RACE Team was instrumental in helping colleagues at Juravinski Hospital and Cancer Centre to develop a RACE Team of their own. They provided education and training and supported them on “buddy shifts” at HGH before its launch.

In the past ten years, the team’s role has grown and evolved substantially, providing invaluable support to HGH staff and their patients, and helping Juravinski Hospital and Cancer Centre to develop a RACE Team of its own.

The team has also given its members a chance to learn and develop as professionals. Working collaboratively in high stakes situations that require extensive knowledge and exceptional critical thinking skills has honed the RACE Team into a finely tuned group. “We get to work to our full scope of practice,” says Rotella. “I’ve learned so much being on the team. It has changed my career.”