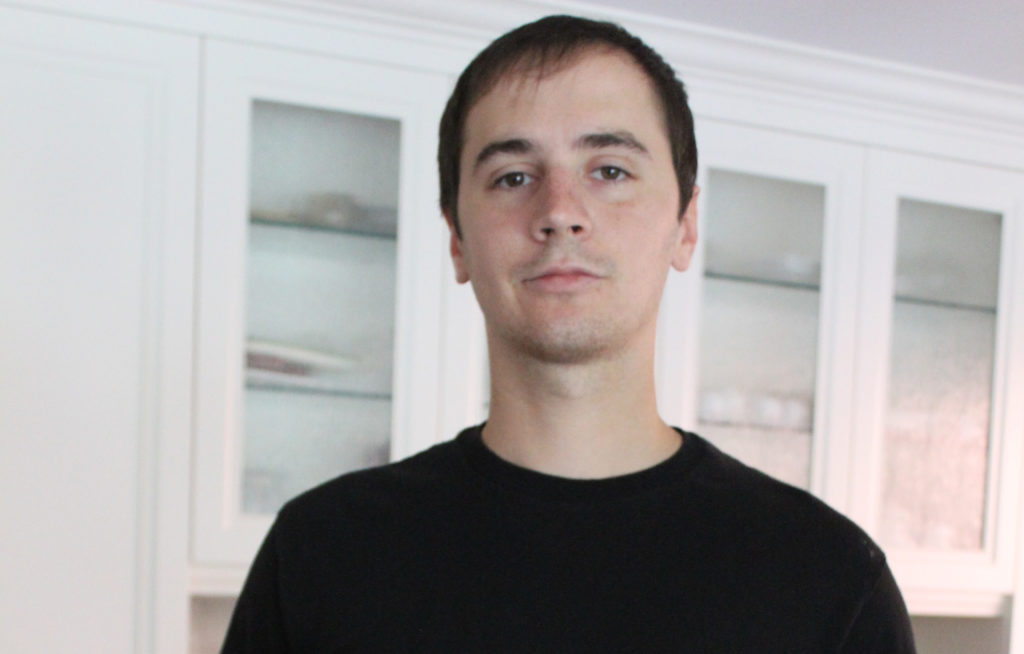 When 20-year-old Ramsey Fayed started to feel his throat closing up at night, he knew that “something wasn’t right.” But what he didn’t realize was that his life was in danger.

“After repeated visits to a doctor, I was told it was just anxiety, which was frustrating,” says the Oakville resident. “Eventually, I was taken seriously and some tests were conducted.”

“My hair started falling out, which was hard. I was put on steroids, which causes your appetite to flare up. I gained 20 pounds quickly and my face swelled to a circle. It was a difficult, emotional time.”

Ramsey was diagnosed with acute lymphoblastic leukemia. Immediate treatment was vital, as the cancer can spread quickly throughout the body, infiltrate organs, and result in serious infections and bleeding by compromising the immune system.

Ramsey was referred to Juravinski Hospital and Cancer Centre, where he was admitted for two weeks of intense chemotherapy and radiation treatment. He continued as an outpatient from April to August.

“My hair started falling out, which was hard,” he says. “I was put on steroids, which causes your appetite to flare up. I gained 20 pounds quickly and my face swelled to a circle. It was a difficult, emotional time.”

The cancer went into remission but Ramsey’s oncologist was concerned about a relapse and recommended a stem cell transplant. But they could not find a stem cell match. If a donor’s transplanted cells are not an ideal match, they can attack the recipient’s body and damage the liver, gastrointestinal tract and lungs.

“I am forever grateful to the hospital staff for giving me a tomorrow.”

Fortunately, Ramsey was a good candidate for a clinical trial being conducted. Even though his sister’s stem cells were not a viable match, the clinical trial attempted the transplant. The T cells, which play an active role in the body’s immune response, were removed from his sister’s stem cell sample first. Then the graft of stem cells, minus the T cells, were transplanted to Ramsey.

The transplant was successful and Ramsey was discharged after six weeks.

“It was overwhelming when they said I was totally clear of cancer in 2015. I am forever grateful to the hospital staff for giving me a tomorrow. I am also thankful to donors who help make it possible for patients like me to receive such amazing care.”

Support the Tomorrow Stems From You campaign today and help more patients like Ramsey who are in need of a stem cell transplant. To learn more about the campaign or to make a donation, please visit hamiltonhealth.ca/stems.