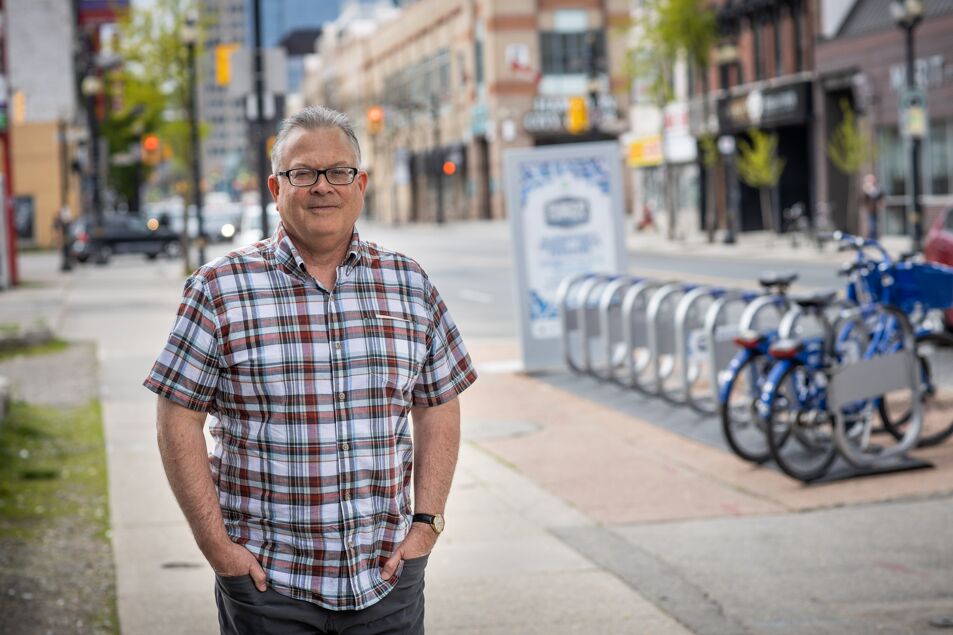 The day after Gary Beemer’s appointment at the Stroke Prevention Clinic, he was planning to board a plane to Northwest Territories with his wife. They were looking forward to an active vacation of hiking, cycling and kayaking.

Rewind a few months earlier when Gary’s symptoms began. His blood pressure became really high. He experienced tingling in his hand and couldn’t type on his keyboard at work. He started to lose vision in his left eye. And, after a bike ride with friends, he began slurring his words. When Gary visited his family doctor, he was referred to the Stroke Prevention Clinic at Hamilton General Hospital. His appointment was scheduled for two days later, where an ultrasound revealed one of the 57-year-old’s arteries was virtually plugged.

There are two carotid arteries in the neck that supply blood to the brain – one on the right side and one on the left side. Gary was experiencing stroke-like symptoms because the artery on the right side of his neck was not allowing the blood to flow. “You could tell the whole place went into a panic zone when they saw the results of my ultrasound,” says Gary. After an ultrasound determines the carotid artery is the cause of the problem, there are two treatments available: medicine or surgery. “Gary’s case was very severe so we decided to pursue surgery,” says Dr. Kelvin Ng, General Internal Medicine and Stroke Physician at Hamilton Health Sciences. Needless to say, Gary’s vacation was cancelled and surgery was scheduled for the next day to correct the artery.

“Our fast-tracked Stroke Prevention Clinic model is quite unique in the country.”

The Stroke Prevention Clinic provides rapid access to experts, diagnostic tests, and treatments for minor, non-disabling strokes and Transient Ischemic Attacks (TIAs), also called “warning strokes” which was what Gary was experiencing. The clinic sees over 2,000 new patients each year, aiming to have them at their appointment within 24-48 hours of referral. Referrals are made through family doctors, specialists or the emergency department. “Time is critical. Ideally, we aim to get the ball rolling with all the investigations the same day and often give our patients results the same day. Our fast-tracked Stroke Prevention Clinic model is quite unique in the country,” says Dr. Ng. Patients with a blockage in the carotid artery are at a very high risk of stroke. Without treatment, Gary’s risk of a life-changing, disabling stroke was nearly 30%. Now, his risk of a stroke is less than 5% a year.

“Gary was fortunate that he did not have permanent disability from a major stroke and did not require stroke rehabilitation for his transient symptoms,” says Dr. Ng. Most patients can expect to recover from this surgery within two weeks. What would have been a standard recovery for Gary become even harder. Just a week after surgery, his father-in-law passed away from cancer. A week after that, Gary’s own father passed away. After suffering two great losses and going through a tough year with his own health, Gary recovered well. He and his wife are finally taking that vacation to the Northwest Territories, almost a year to the date of his clinic appointment.

Time is of the essence when you suspect signs of stroke. Use the FAST criteria to determine if you or someone you know requires care as soon as possible: