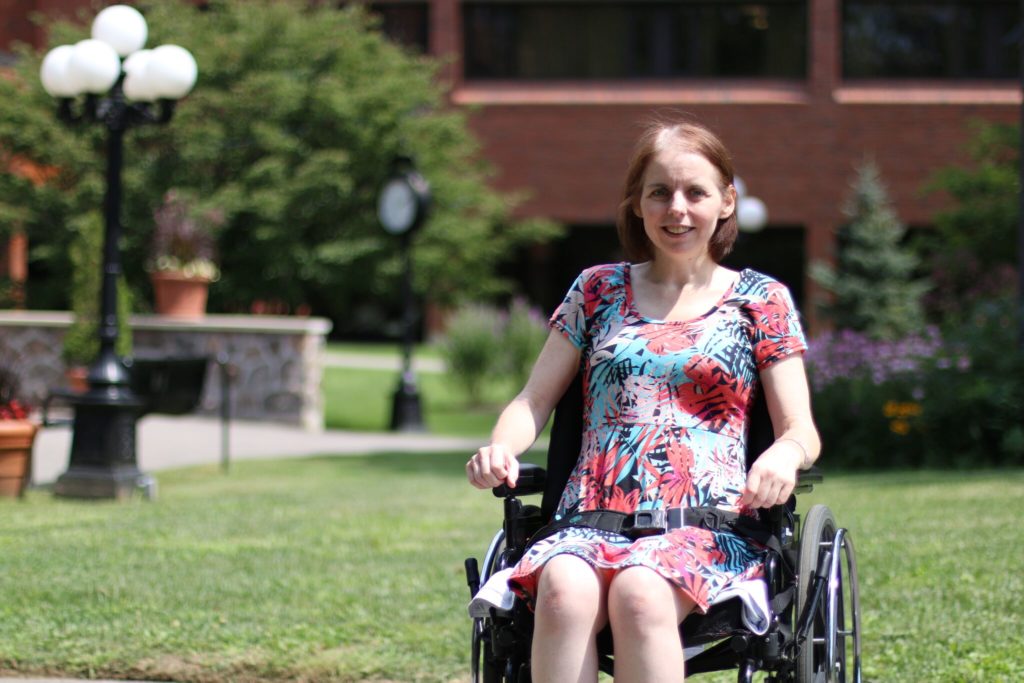 It’s a disease most people have never heard of. And if they have, their knowledge is drawn from TV shows and movies. The mere thought of it is terrifying to many. But for Linda Chiocchio, the diagnosis was a welcome answer after months of uncertainty.

In early 2017, Linda started to have trouble keeping food down. She vomited up everything she ate or drank to the point of severe dehydration. As a diabetic, this wreaked havoc on her blood sugar levels and she had to be admitted to Juravinski Hospital and Cancer Centre (JHCC).

“I couldn’t eat even a bite without it coming back up,” Linda recalls. “I couldn’t move. I couldn’t do anything.”

The first step towards a rare disease diagnosis

Linda has a unique type of diabetes known as latent autoimmune diabetes in adults, or LADA. It causes the immune system to destroy the cells that produce insulin—the hormone that controls our blood sugar levels. Her care team suspected that her digestive issues were related to her diabetes. They feared she would have to be tube fed for the rest of her life because she couldn’t keep any food down.

In addition to her vomiting, Linda was having a strange sensation in her leg. It was like she was losing feeling and couldn’t control her movement. Everyone suspected this too was a result of nerve damage caused by her diabetes.

As preparation was underway to transfer Linda from JHCC to St. Peter’s Hospital (SPH), her doctors consulted about another possible cause behind her symptoms. They had a hunch that a rare disease could be contributing to the vomiting, and stiffness that had developed in her right leg. Drs. Dereck Hunt and Ammar Gilani decided to send her blood off for further testing.

“One in a million rare.”

While waiting for the results, Linda’s care was handed over to Charmaine Martin-Gaspar, a nurse practitioner in Restorative Care at SPH. Charmaine’s first goal was to stabilize Linda’s blood sugar levels. Then she set out to crack the case on what was causing her bizarre combination of symptoms.

“Linda was very sick when she arrived at St. Peter’s,” recalls Charmaine. “She could barely move and couldn’t keep anything down. While we worked to get her blood sugar levels under control, we continued to investigate the cause behind her symptoms.”

She brought in the expertise of Dr. Steven Baker, who works out of the Neuromuscular & Neurometabolic Clinic at McMaster University Medical Centre. Dr. Baker felt confident that his colleagues at JHCC were on the right track. When the results of her blood tests came back, it was confirmed.

“This is an extremely rare condition,” says Dr. Baker. “One in a million rare. But luckily it is treatable, and we were able to catch it in Linda before it did too much irreversible damage.”

“I was preparing to go home with a feeding tube”

Stiff-person syndrome, or SPS, is a neurological disorder. It is characterized by progressive stiffness caused by rapid muscle spasms. These contractions cause the muscles to become rigid and can lead to difficulty with walking or other daily tasks. Over time, the seriousness of the spasms and stiffness typically progresses, and can become very severe. Some patients become unable to move, which is typically how SPS is depicted in movies and television.

Dr. Baker instructed Charmaine to start Linda on therapy for the syndrome immediately. Within three treatments, she was able to eat again.

“It was amazing,” Linda recalls. “I was preparing to go home with a feeding tube, unable to do much of anything myself, and I was suddenly so much better.”

Her diagnosis is serious and she will require treatment for the rest of her life. Every three weeks she visits The Boris Clinic at McMaster University Medical Centre for intravenous therapy. But she is glad to know the reason behind her bizarre combination of symptoms. She has a dedicated team to thank for that. Without the persistence and knowledge of Charmaine, Drs. Hunt, Gilani, Baker and their colleagues, Linda’s condition may never have been diagnosed.

“We had a perfect combination of people at the table,” says Charmaine, of the team who contributed to Linda’s care. “Knowing how we’ve changed her life is very rewarding.” Linda and her family attending her daughter’s graduation

Linda was able to attend her daughter’s college graduation and is enjoying life at home with the support of her family. She and her team wish more people know about SPS so an early diagnosis can occur more often.

“There is great benefit to catching this as early as possible,” says Dr. Baker. “We’re seeing more of this syndrome and it’s important to raise awareness.”