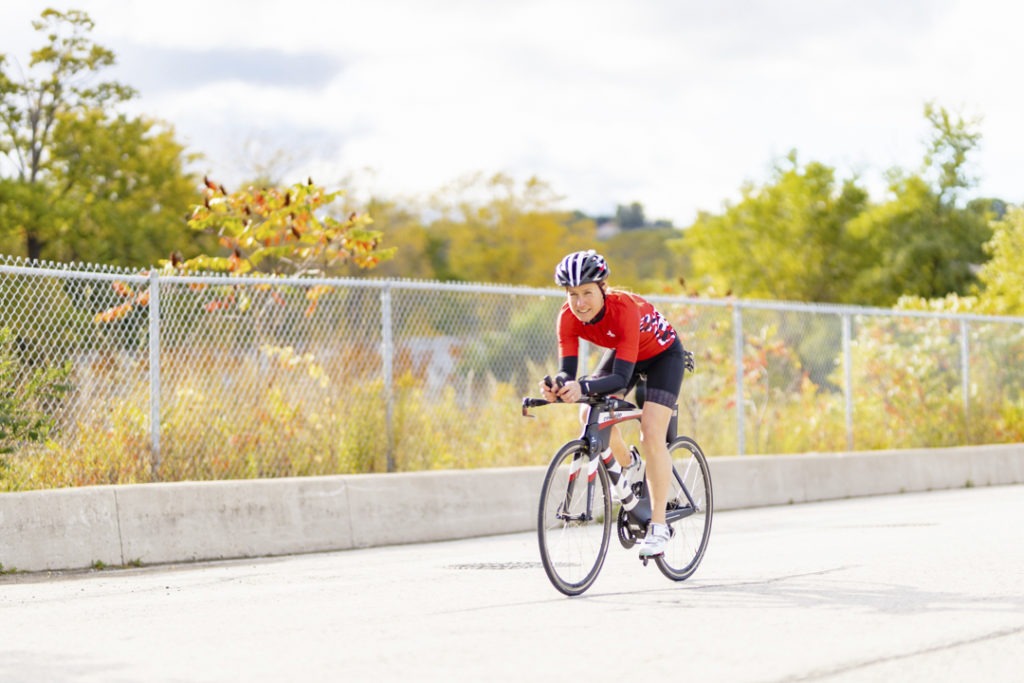 Recovering from a cycling accident

Less than an hour into her bike ride, a car hit Shelley Wickenheiser from behind. She was drifting in and out of consciousness. She remembers thinking, No, this isn’t happening.

It was a warm September Sunday in 2018. Shelley set off on what was supposed to be a two-hour bike ride. This is considered a short ride for Shelley. The year before, she took part in three Iron Man triathlon races and even qualified for the championship in Hawaii. Being active is a huge part of her life. 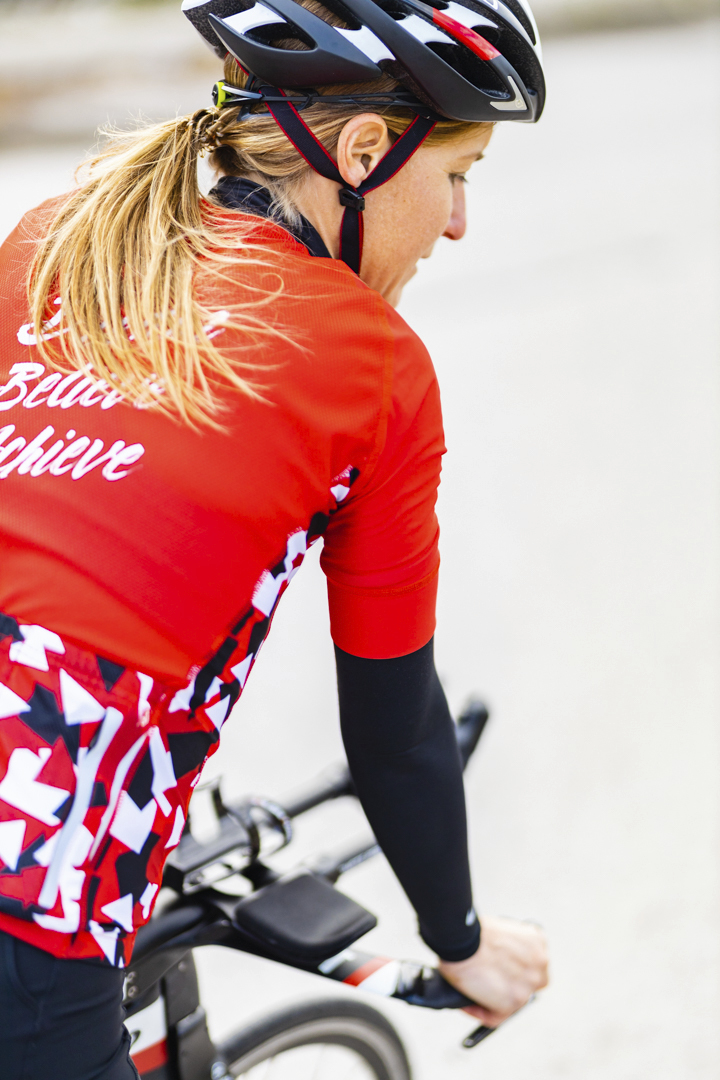 Shelley was brought to a local hospital by ambulance until the Ornge air ambulance arrived to transfer her to Hamilton General Hospital (HGH), the regional trauma centre. She required stitches on her face, casts on her broken arm and leg, and surgery on her fractured vertebrae to protect her spinal cord.

“It was amazing the number of different doctors that dealt with me,” she says. Members of the trauma team, neurology team, orthopedics team, rehabilitation team, and a dietician were all part of her care. She didn’t realize the number of teams that would be working with her.

“When someone has a traumatic injury like the one Shelley experienced, they often need care from many different teams in our system,” says Barb Klassen, manager of the trauma program. “As a regional trauma centre, we’re able provide integrated treatment for all of those injuries to make sure people achieve the best possible recovery.”

The doctors understood how important it was for Shelley to return to her active lifestyle. She remembers talking with Dr. Golani in the trauma unit about their favourite brand of running shoes. In one of her orthopedic appointments with Dr. Ristevski, he suggested she look into a rear-facing radar for her bike, remembering that she had been hit from behind. Her physiotherapist, Matthew McCaffrey, did a lunch time run “for her” while she was lying in her hospital bed and invited her to join the Strides for the General Trauma Troopers team that he captains.

They not only treated my injuries in a way to get me healthy again, but they took the time to understand who I was…

“They not only treated my injuries in a way to get me healthy again, but they took the time to understand who I was and treated me with full concern for getting me back to that person – who loves to swim, bike, run and compete in triathlons. For that, I can never thank them enough.”

Shelley stayed at HGH for ten days before being transferred to a hospital closer to home. She worked with a physiotherapist to learn how to sit, stand and walk again. “It was a little complicated by the fact that I had a broken arm and leg on opposite sides,” she says. She started walking with a platform walker and then with a cane. She had to relearn how to climb a few stairs before returning home, and was in a cast for six weeks. 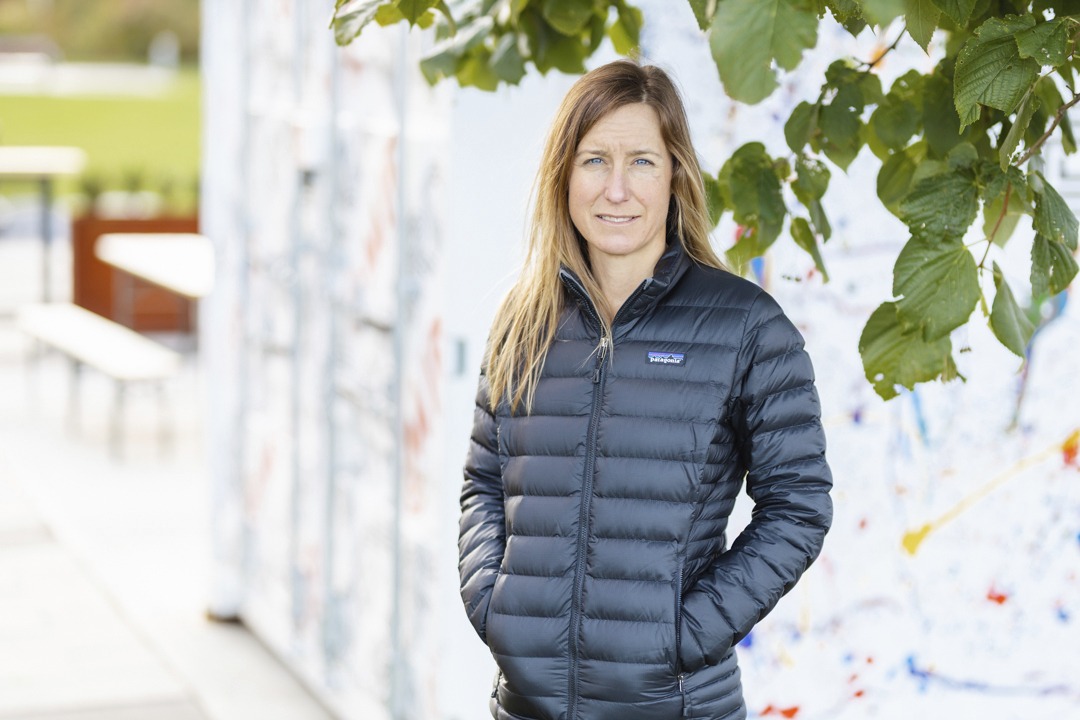 Shelley worked hard to build her strength with different exercises. She began by water running in a pool. By end of November, she started cycling indoors. In mid-December, just a few months after her accident, she was running on a treadmill. By springtime, Shelley was mentally ready to bike outdoors again with a goal of returning to the sport she loves.

The 48-year-old completed her first triathlon post-accident at the end of June in Mont Tremblant. In September, she participated in the ninth-annual Strides for the General fundraiser in support of the Hamilton General Hospital Foundation and single handily raised over $6000. Her next triathlon is an Iron Man in Argentina this December.

“I have recovered really well and have been able to return to the activities I love.”