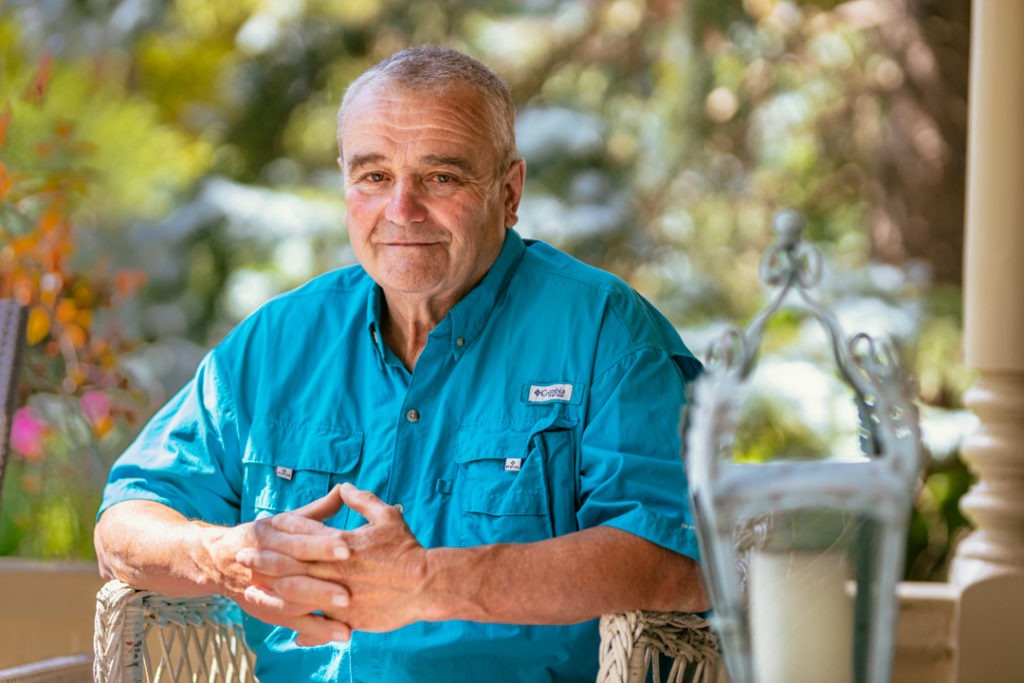 A Labrador Retriever named Laddie may have been the first to suspect that Robb Bendus wasn’t well.

“Laddie would put his head on my knee and rest there, like he knew something was wrong,” said Bendus, an animal lover who provides temporary shelter in his home for service dogs in the process of being placed with their forever families.

The 69-year-old Cambridge man had been feeling dog-tired for over a year. But this lack of energy didn’t set off alarm bells with Bendus because it crept up gradually, and he attributed it to growing older. He eventually stopped riding his bicycle and playing hockey, and found himself staying home more instead of visiting friends and family.

“I couldn’t get a decent breath.”

“I couldn’t get a decent breath,” said Bendus, who didn’t suspect COVID-19 even though shortness of breath is a symptom. “I was sure it was something else.”

Concerned that this latest change to his health was a sign of something more serious, Bendus booked an appointment with his family doctor who referred him to a cardiologist. “That appointment saved my life.”

In May, Bendus underwent aortic valve replacement surgery at Hamilton Health Sciences (HHS). “The day of my surgery was the same day that Laddie went to his permanent home so that worked out really well.”

This was Bendus’ second time undergoing the procedure. Nine years ago, while donating blood, the nurse noticed he had an irregular heartbeat. Examinations by his doctor and a specialist revealed that he needed an aortic valve replacement. Over the years the replacement valve started wearing out which is why the second surgery was done.

While recovering at HHS Hamilton General Hospital, Bendus was offered the opportunity to take part in a study to test virtual care and remote monitoring technology once he returned home. Investing in research and technology is part of HHS’ vision to transform the way healthcare is provided, in order to deliver a more patient-centred and seamless healthcare system. This includes opportunities for patients to recover at home with virtual care and remote monitoring technology.

The study – called post-discharge after surgery using virtual care with remote automated monitoring (PVC-RAM) – was launched in response to challenges that hospitals were facing due to COVID-19. When restrictions came into place in early March due to the pandemic, hospitals looked for ways to drastically reduce non-emergency care. Patients were sent home earlier after surgery where possible, and many in-hospital appointments were replaced with virtual visits.

A team of researchers and health care providers at HHS and McMaster University launched the study through their joint research centre, the Population Health Research Institute (PHRI). The study is led by Drs. PJ Devereaux and Michael McGillion. Devereaux is an HHS cardiologist, McMaster professor and senior scientist at PHRI. McGillion is the assistant dean of research at McMaster’s School of Nursing and a PHRI scientist.

Nurses run the central command centre collaboratively with perioperative physicians and use a tablet computer to virtually interact with patients. They can also connect patients to physicians virtually.

“I felt confident that I could learn the system.”

Patients receive technology called Connected Health by Cloud DX, which includes a tablet and remote monitoring equipment to assess blood pressure, heart rate, respiratory rate, oxygen saturation, temperature and weight. Patients record their vital signs at home, which are sent instantly to the nurse. These nurses assess the patients and escalate care to the physicians when immediate medical assessment and intervention are required. 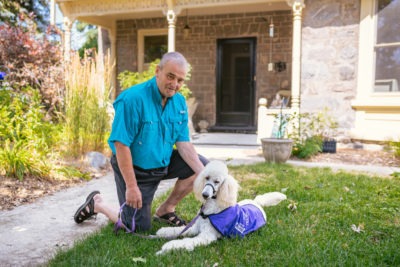 Bendus took part in the study for one month after his release from hospital. “I’m not very tech savvy and I live alone but I felt confident that I could learn the system,” said Bendus, who stayed with his son and daughter-in-law after being discharged. Both are good with technology and helped him learn to use the equipment and troubleshoot if necessary.

Bendus enjoyed the virtual relationships he developed with the nursing team. “They were very helpful and personable,” he said, adding that the nurses also helped him sort out his medications since there were several to keep track of. “I had total trust and confidence in them.”

Virtual care has increased dramatically since COVID-19 through this study and also across the hospital system, said Dr. Ted Scott, Vice President of Research and Chief Innovation Officer for HHS.

“We are grateful for patient participants like Robb who are helping us with virtual care pilot programs like the PVC-RAM study. These patients are partnering with us to revolutionize health care and develop the best, safest practices for supporting patients remotely.”

Bendus has finished taking part in the study. He feels terrific, is opening his home to new service dogs, exercises regularly and is enjoying plenty of time with friends and family.

“This is the best I’ve felt in a very long time,” he said.