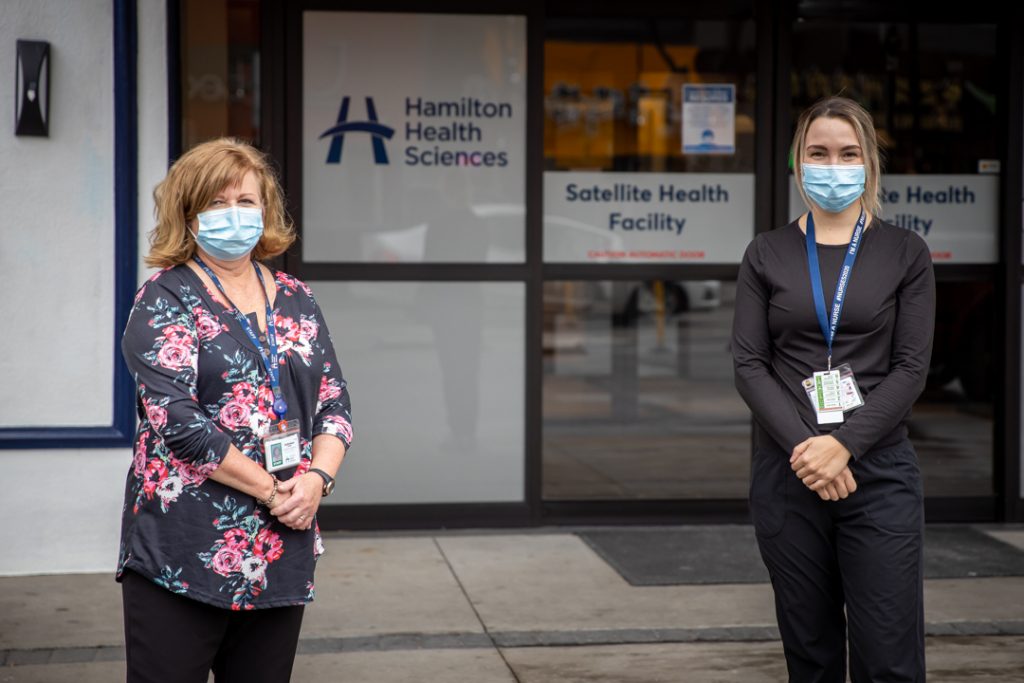 For patients caught between hospital care and long-term care homes, Hamilton’s new satellite health facility (SHF) is the answer. Having an alternative option is a welcome solution for patients and families while COVID-19 causes disruption throughout the healthcare system. 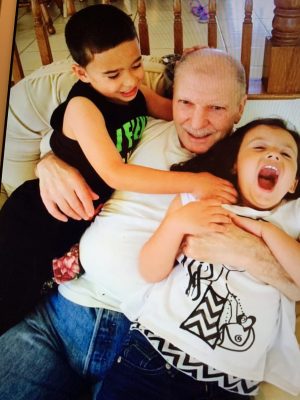 Giorgio and his grandchildren, Nathan and Natalee. Their mother is Teresa, Irene’s sister.

Hamilton Health Sciences (HHS) patient Giorgio has a neurodegenerative disorder called progressive supranuclear palsy. After a bad fall in his home in September, he was brought to Hamilton General Hospital’s (HGH) emergency department by ambulance.

He developed sepsis, which means his body was in a life-threatening state due to infection. There were discussions with his daughter Irene and family about palliative care, but thankfully his health improved. He still required care — but not the type of urgent care a hospital provides.

Irene, Giorgio, and the healthcare team at HGH discussed applying to long-term care homes. They applied to six different homes in the area, but none had availability.

After living at the hospital for more than two months, the family’s social worker Debbie Jones said they would be moving 78-year-old Giorgio to the Hamilton Health Sciences and St. Joseph’s Healthcare Hamilton Satellite Health Facility.

The SHF is a new, temporary facility that has been established in downtown Hamilton to create additional rooms for patients like Giorgio who are ready to be discharged to a community setting, but where a community location is not available. The SHF has all the amenities and medical equipment required to care for patients who do not have needs for hospital-level care.

Patients are moved from the hospital to the SHF based on their health status and care needs. If these needs change, a patient could transfer back to a hospital setting. But in most cases, patients will transfer back home or move to another facility such as a retirement home or long term care home should a spot become available.

HHS and St. Joseph’s Healthcare Hamilton jointly operate the facility. HHS occupies two floors of the SHF so far, with one more floor opening soon for a total of 90 beds. 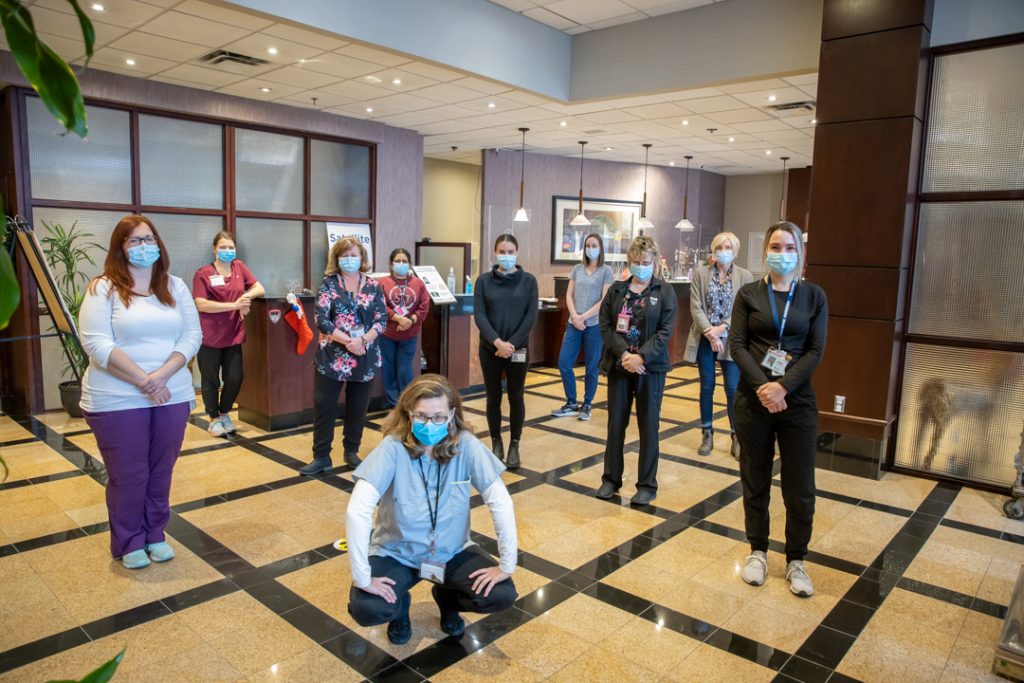 Jessica Franceschin is a charge nurse at the facility. Before the SHF, she worked as part of the Nursing Resource Team at HHS, which means she would float between hospital sites as needed.

“Because it’s such a brand new facility, we’re all learning together,” says Jessica. “The teamwork has been so amazing.”

Giorgio’s social worker now works at the SHF as well, moving when it opened early November. Her transition to the SHF made it easier on Giorgio and his family.

“We didn’t feel like it was totally brand new to my dad because we knew some of the staff,” says Irene. “The social worker was the glue to everything. The fact that she moved with these patients and we already knew her made a huge difference. It was a smooth transition.”

Social workers like Debbie work with families when a patient will be moving to a different facility due to the high need for acute beds in the hospital. Discharge specialists and other team members ensure patients and families are ready to make the change.

“Discharge was excellent,” says Irene. “There was great communication so I knew exactly what was going to happen.”

A different model of care 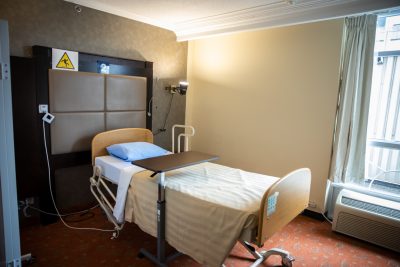 Basic but important needs like shaving and feeding are taken care of at the SHF, relieving some stress on the family.

“As a nurse and as a daughter, I could see the difference in care compared to an acute setting,” says Irene, comparing the satellite health facility to a hospital, which cares for people with more severe or urgent conditions, versus a condition that is chronic or lifelong.

The majority of patients in the SHF require a type of assisted living care, whether in a retirement home, nursing home, or something in between. Others may need rehabilitation support before returning to their home after surgery.

Once a spot opened up for Georgio, it was fairly smooth to move again, this time to a nursing home.

When the SHF first opened, there were a lot of questions, anxiety, and unknowns, says Debbie, as families learned their loved ones would be transferring to a new facility in a former hotel. But ultimately, families are happy with the remarkable patient and family-centered care.

One of the reasons she and her colleagues were attracted to the program was because it was new.

“We knew there would be a lot of work involved. Any time you start something new, there are some growing pains but you deal with issues together. We have really become quite a phenomenal team and work together very well. It trickles down and the patients and families see that,” she says. “It’s a much more intimate environment. It’s much more comfortable and it’s very warm and caring.” 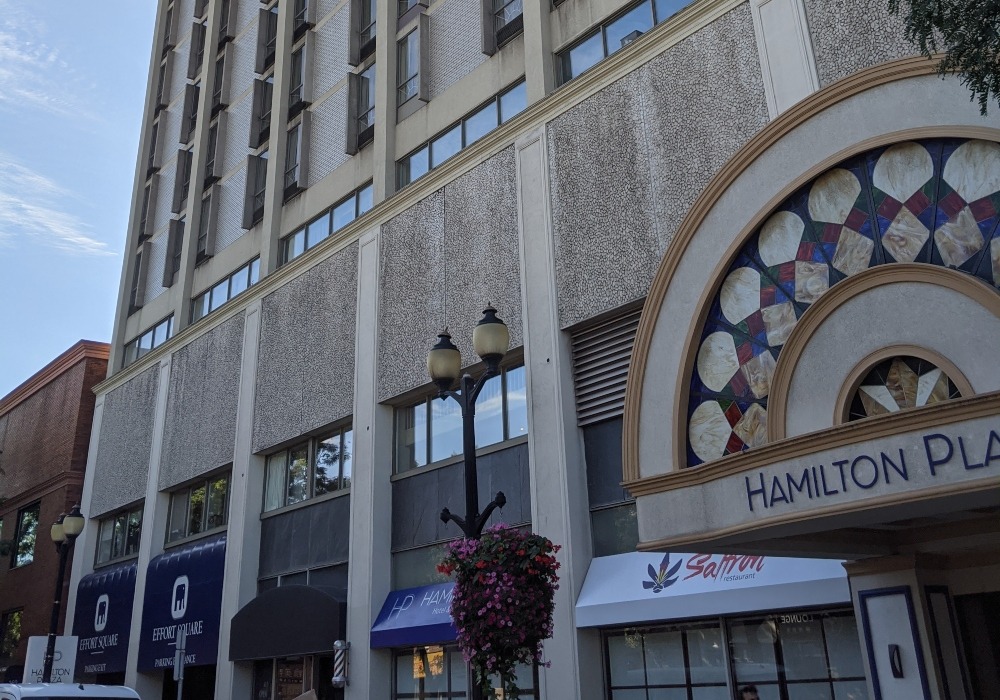 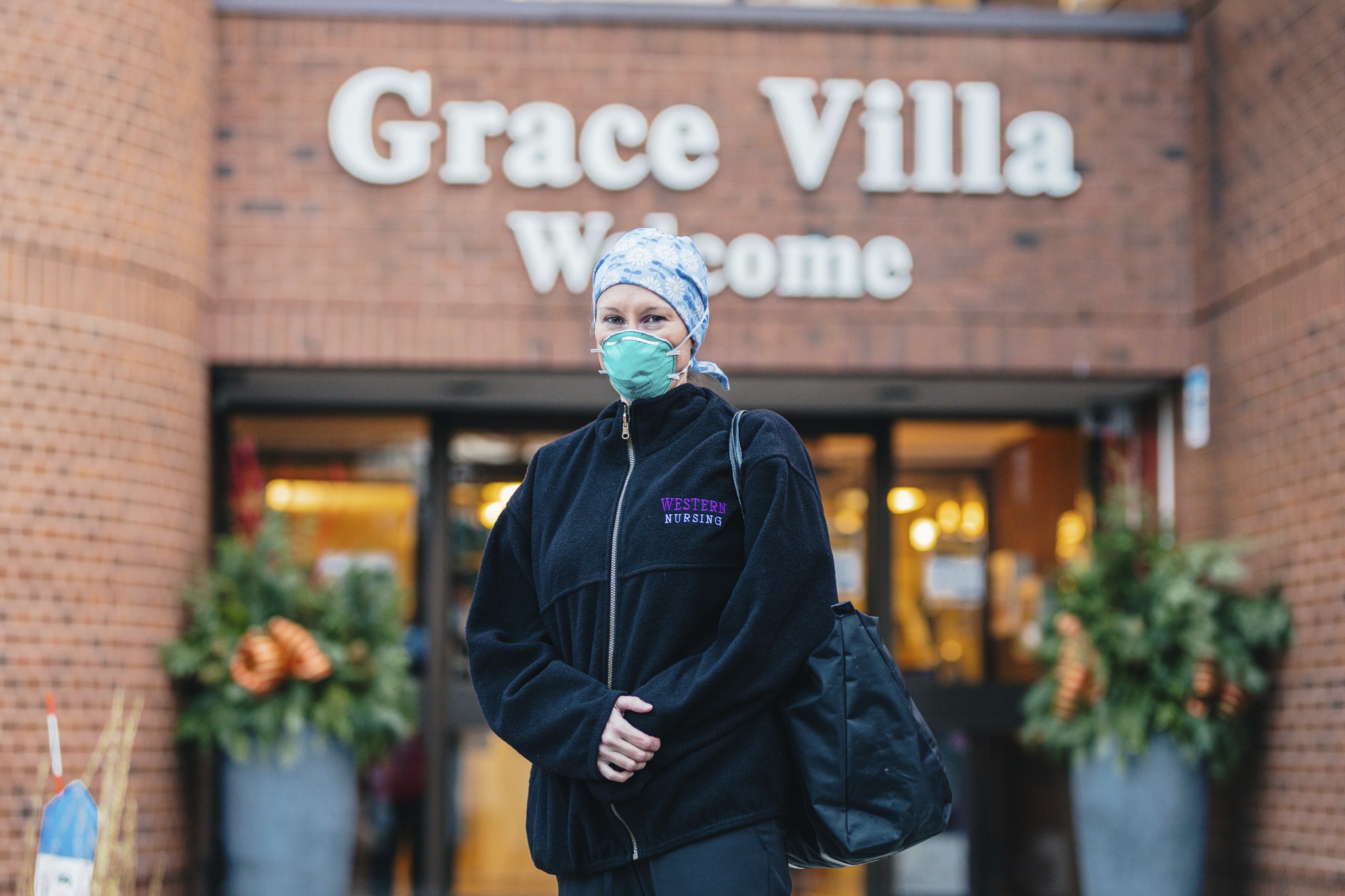 2020 Celebrations: Compassion and care during COVID