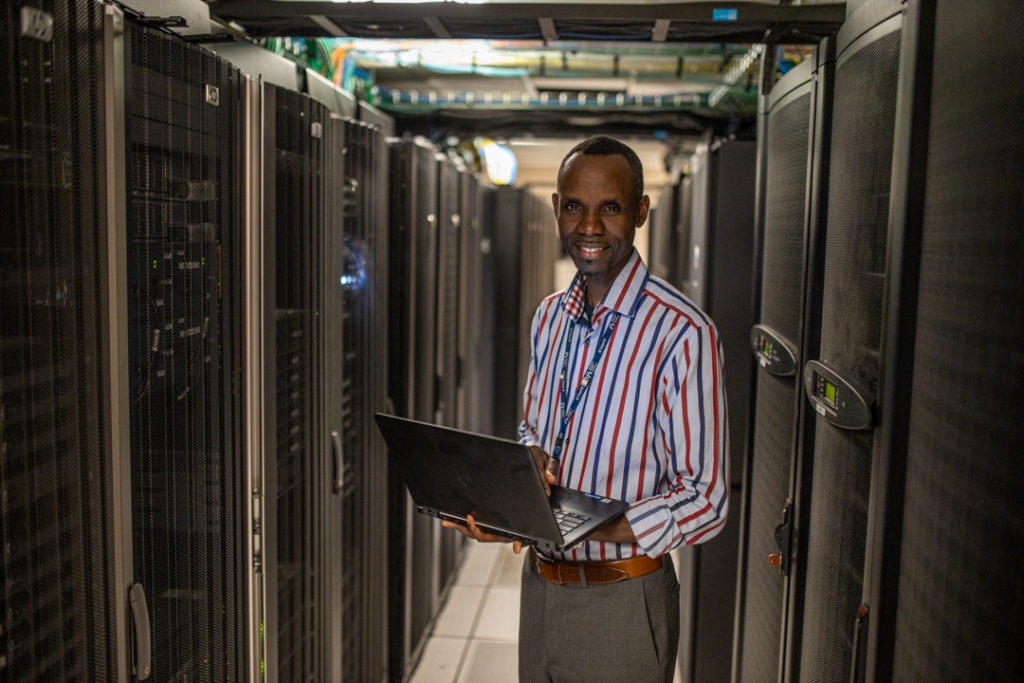 When Jules Okoko came to Canada, he didn’t know anyone or have much money.

Jules was a refugee from the Democratic Republic of Congo where he fled the Great African War at the turn of the century.

After working in different jobs, mostly in labour, he went back to school to be a computer networking engineer.

“The industry constantly moves forward and there’s excitement that comes with waiting for what new innovation arrives next.”

He is currently part of Health Information Technology Services (HITS) at Hamilton Health Sciences where he’s worked for the past 12 years.

“I have a passion for technology,” says Jules, a senior system administrator. “The industry constantly moves forward and there’s some excitement that comes with waiting for what new innovation arrives next. I love being in the middle of all that.”

Jules recalls taking a computer apart then rebuilding it as a young man. It’s every tech prodigy’s rite of passage.

A passion for tech

That passion and talent drove him to seek a good-paying job in the Toronto area so he could begin supporting his family. Speaking five languages—French, English, Swahili, Lingala and Kinyarwanda—helps a lot when you’re just starting out in a foreign country.

After achieving success with a couple financial institutions, the commute began to wear on him.

“I decided I needed to be closer to home when I started having a family,” says Jules about the early part of his career.

To get his foot in the door with HHS, he took a part-time job with HITS working at the Helpdesk. A decision he does not regret. 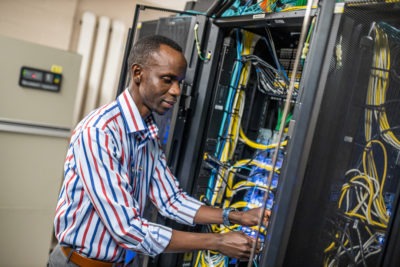 What does a system administrator do?

Jules is responsible for overseeing the hospital’s data centre as part of the HITS Operations team. He ensures HHS’ corporate information systems are stable and maintain their efficiency.

If there’s a problem with our servers, chances are Jules and his team are already on top of it.

He will also be part of the group that rolls out the Health Information System renewal, a critical piece of HHS’ digital health plan.

The major project will replace the current system with a modern one capable of supporting safe, efficient and cross-functional patient care.

“I don’t want my kids to go through what I went through to get to this point in my life.”

When he’s not at work, Jules tries to spend as much time as possible with his four boys, who range in age from 1-12 years old.

“We play a lot of soccer together,” he says. “When we’re not playing, we’re watching soccer.

Jules is grateful for the many opportunities he’s had since fleeing from his war-torn native land. He stays motivated by wanting to provide a better life for his family; and to not have to experience what he did.

“I don’t want my kids to go through what I went through to get to this point in my life,” he says. “I believed with hard work and determination, everything is possible. I’m grateful to be where I am now.”