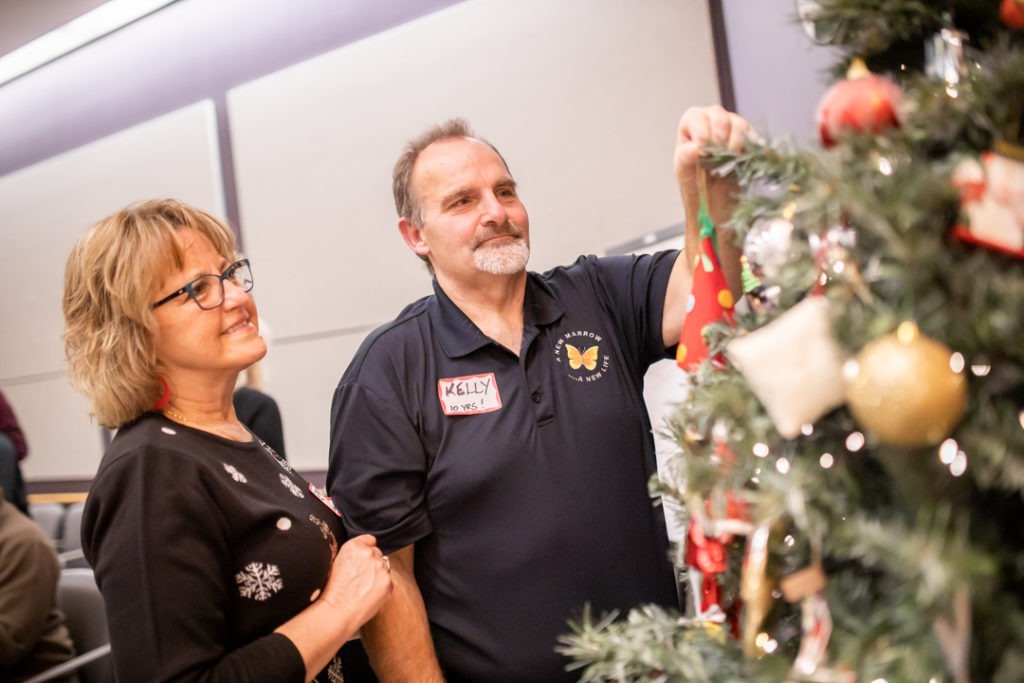 Twelve years ago, Kelly Barber developed stomach cramps after enjoying a holiday meal at his sister’s house on Boxing Day. Over the following week, the cramps continued to worsen. When he could no longer stand the pain, Kelly went to the emergency department on New Year’s Eve 2007.

After a variety of tests, Kelly, a husband and father with his first grandchild on the way, was diagnosed with a type of cancer called Non-Hodgkin lymphoma.

While lymphoma can be successfully treated, the outlook varies depending on the type of lymphoma and its stage. Further testing showed that Kelly had an aggressive form of the disease. For the next two years after diagnosis, Kelly struggled to stay alive, spending 165 days in  hospital at Hamilton Health Sciences Blood Disorders Unit.

As his cancer became more aggressive, it became clear that Kelly’s only hope for survival would be to have a stem cell transplant. Four siblings and 50 to 60 cousins were tested, but none matched Kelly’s stem cell type. A national and international search began through Canadian Blood Services Stem Cell Registry, which provides assistance in searching for an unrelated blood stem cell/marrow donor.

Fortunately, in Hamburg, Germany, Britta Lauenroth, a 31-year-old oncology nurse on Germany’s donor registry proved to be the life-saving match that Kelly needed.

Kelly received his stem cell transplant in 2009 and while he’ll always have health-related issues as a result, he’s grateful to be alive.

Kelly spoke about his twelve-year journey with lymphoma, with his wife Erika by his side at the 38th annual Hamilton Health Sciences (HHS) Blood Disorders Unit transplant recipient holiday party in December. The team has a long history of excellence in stem cell transplants and celebrations take place twice a year.

“Stem cell transplant recipients, their families and staff form a unique bond. Our annual holiday party honours these journeys and we celebrate life together,” said Corrina McCracken, a social worker with Blood Disorders Unit at the Juravinski Hospital and Cancer Centre.

This year, there were more than 100 people in attendance at the party, including 29 stem cell transplant recipients and their families, staff and physicians. Each recipient is asked to bring an ornament with their name and transplant date on it for the department’s Christmas tree. 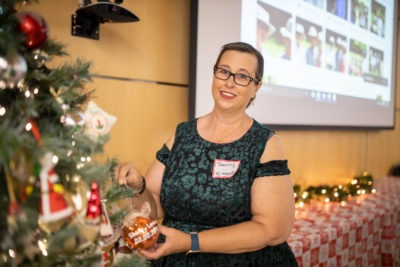 “I’m here today because of my donor. I had to wait three years before I could reach out to her, but I just needed to say thank you,” said Kelly.

After receiving an email from Kelly, Britta and her partner, Sascha Knese, decided to come to Canada to meet the recipient of her life-saving gift in the summer of 2012.

Kelly and Erika waited at Toronto’s Pearson International Airport, with a bouquet of blue roses in hand, anxious and excited to meet Britta.

“Since my transplant, my tear ducts don’t work so I can’t cry, but we hugged for a good five minutes and everyone else cried,” said Kelly. “We had an instant connection.”

A few years later, Kelly and Erika took a trip to Hamburg to surprise Britta on her wedding day. The families are still in touch today. 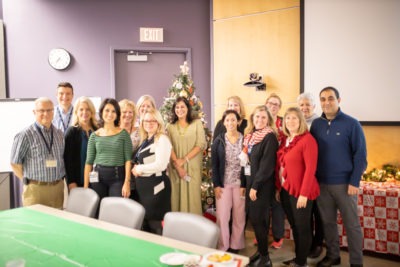 The holiday season marks the 12th anniversary of the beginning of this life-long journey. Kelly is filled with gratitude to Britta and the Blood Disorders Unit team.

“My new normal changes continuously. I can’t say enough about the support I have received from absolutely everyone. Staff and physicians treat me and my entire family as people who need care,” said Kelly. 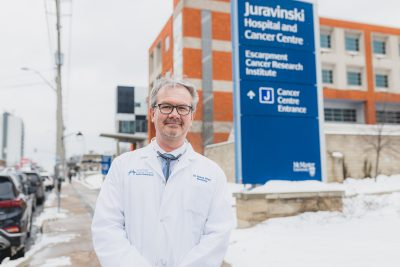 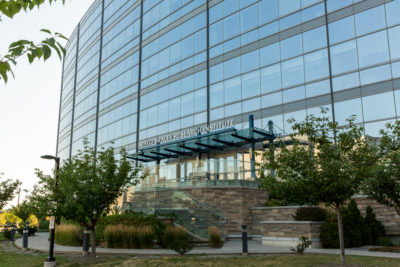 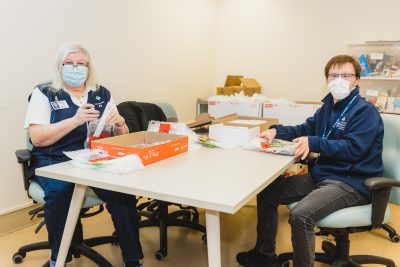 Volunteers assemble 10,000 COVID testing kits and counting
Ways to Give